The burger joint was shut down for five days after not keeping up with its rent. (Hailey Chan / Ryersonian staff)

If you were craving a burger and milkshake at an old-style diner near campus last week, you were out of luck. Johnny Rockets was closed for five days.

“It’s been a rough winter for us,” said Arash Nikkhessal, director of operations at Johnny Rockets.  He said the cold weather is partly to blame for bad business.

The management team at the 1950s-style burger joint was in talks with the landlord about the trouble that they’ve been having keeping up with the rent and attracting customers.

“It was a little bit of a surprise when they actually put the sign up,” Nikkhessal said.

On March 19, a sign on the front door read, “NOTICE OF TERMINATION,” bolded and underlined for “arrears (amounts overdue) of rent and other charges pursuant to (the) lease.”

The locks were changed, and the Johnny Rockets team was given five days to remove all its assets.

Basem Abdul-Amir, a second-year math student at Ryerson, brought his four friends for lunch on Friday. The “good burgers” are what keeps bringing him back. This time, he’s ordered a “Houston burger” – a beef patty topped with Houston sauce, jalapenos, lettuce, tomatoes and pepper jack cheddar cheese.

But he admits that he usually goes to the Five Guys Burgers and Fries on Yonge Street to get his burger fix.

Johnny Rockets is one of several burger joints near the Ryerson campus. There is also competition between Big Smoke Burger in the Eaton Centre, the W Burger Bar on College Street and the new McDonald’s on Yonge Street.

Johnny Rockets, however, offers a 10 per cent off discount for students who flash their Ryerson OneCard.

Abdul-Amir’s friend, Sandy Botta, said he’s surprised the diner — known for its singing and dancing waiters and waitresses — wasn’t doing well. But as a restaurant owner himself, he knows what it’s like.

“Personally, I have (my) own restaurant, so I know what it’s like,” he said, noting that he understands that business moves slower in the winter.

As for Nikkhessal, he said the temporary closure has permanently opened his team’s eyes to maintaining their standards for dedicated customers.

“(It was a) good thing this happened. It forced us to re-organize. A lot of our guests wanted us to open back up,” he said. “This was a temporary little blip.” 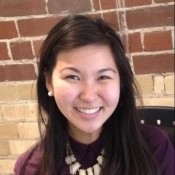 Ryersonian Book Club: The Fault in our Stars, by John Green