Close to cracking the CIS top 10

Rams hitter Robert Wojcik goes in for the kill versus Queen’s.

Coming off two big home victories this past weekend, the men’s volleyball team is hoping its recent three-game winning streak can elevate it from a top team in the Ontario University Athletics (OUA) to the ranks of one of the première programs in the nation.

On Saturday, the Rams dominated the Royal Military College (RMC) Paladins in four sets at the Mattamy Athletic Centre (MAC), while the night before, they knocked off Queen’s University in a thrilling five-setter, moving them into a four-way tie atop the OUA standings.

The victory over Queen’s likely gave the coaches heart palpitations as the Rams went up two sets to none before allowing the Gaels to get back in the game. But the Rams fought hard in the fifth set to come up with the win.

“Teams from Kingston are probably our biggest rivals. There’s some bad blood between the coaches,” said assistant coach Lukas Porosa. “They always raise their game when they play us.”

Luckily for the Rams, the bounces have gone in their favour as of late, something that hasn’t always been the case this season.

There was a lot of hype surrounding the team in the early going, which included a pre-season Canadian Interuniversity Sport (CIS) ranking as the No. 9 team in the country. But after an embarrassing five-set collapse against the York Lions in the second game of the year, they were scuttled out of the top 10.

Third-year hitter Robert Wojcik, who himself is ranked in the top 10 in the country for most kills, acknowledges that the loss against York was tough for the team, but they have moved on since.

“Overall, it was really upsetting, but I think it also brought us closer together as a team. We don’t feel like we felt after that game anymore,” said Wojcik. “We’ve been working on trying to get a good connection with our new setter, and the new rookies on the team.”

Adam Anagnostopoulos is the first-year setter Wojcik refers to. He is ranked fourth in the CIS in assists, and was recently named one of the top rookies of 2013 by Volleyball Source magazine.

“There’s a little bit more pressure, but it’s not necessarily a bad thing,” said Anagnostopoulos of the rookie honour. “It’s going to push us.”

The Rams could certainly use the push as they look ahead to the second half of their season in 2014.

After the victories against Queen’s and RMC, the team seems to be on the cusp of the top 10 once again.

A big victory two weeks ago against No. 9 Western can only help them make their case.

But are they consistent enough to be considered a top 10 team?

“I would say no,” said Anagnostopoulos.

“Some days it seems like it for sure. Some days it doesn’t,” added Wojcik. “One day we can lose to Windsor, who on paper we shouldn’t lose to, and then the next day we can go out and beat Western, which was nationally ranked.”

Even if they don’t crack the top 10 this season, the future for Ryerson’s men’s volleyball looks bright.

“We’re a young team, so there’s a lot to look forward to,” said Anagnostopoulos, who still has, along with other key starters on the team, three years of eligibility remaining. “The next couple of years you can expect us to be up there in the top five, in my opinion.” 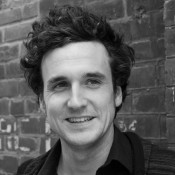