BREAKING NEWS
A diary: what it was like leaving residence due to COVID-19
How to study at home for exams
Student groups are taking out the social from social distancing
Ryerson favourites fear what’s to come after COVID-19 closures
Ryerson offers relief fund for students financially affected by COVID-19 pandemic
News 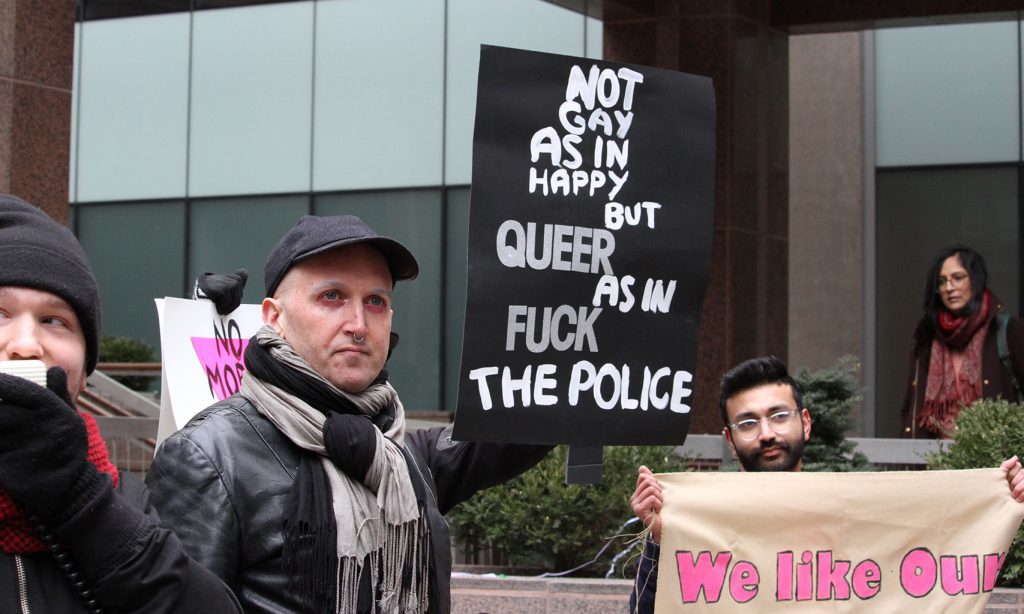 LGBTQ+ community members held a rally Thursday morning, before the start of a Toronto Police Services (TPS) board meeting, calling for the resignation of Toronto police chief Mark Saunders.

Kim Koyama lives in the Church-Wellesley Village and said he came to the rally to express his anger and call for Saunders’ resignation.

“He’s clearly not doing his job; 51 division and other divisions as well under his watch are not doing their jobs,” Koyama said. “They’re not serving the communities. They’re serving some of the communities – particularly white males. The action on this didn’t really happen until Andrew Kinsman[‘s disappearance] hit the news, because he’s a white male. [For] the people of colour prior to that, there has been…a lot of denial and a lot of inaction.”

Koyama said that police have been ignored community concerns for years about missing people, including the deaths of Tess Richey and Alloura Wells.

Alphonso King, a speaker at the rally, called for the release of a mugshot for serial killer Bruce McArthur: “I’m so tired of seeing him at Niagara Falls.”

“It’s been a very emotional time. It’s days of anger. It’s days of sadness. It’s days of loss. I’m glad that we’re speaking up, I had hoped that there would’ve been more people here but every voice counts,” said King. “And I just hope the message gets sent into that meeting today that it’s time for Saunders to go.”

“They really dropped the ball on [these] cases and they continue to mishandle the community itself, the LGBT community, along with others as well,” he said. “It’s accountability, that’s what we’re going for.”

Community members at the rally also criticized Saunders’ for his comments in February about civilians not coming forward with their concerns during Project Houston.

“To have police first claim that they are working with the community, and then to blame the victims for not sharing information, it’s just outrageous and unacceptable,” said Koyama. 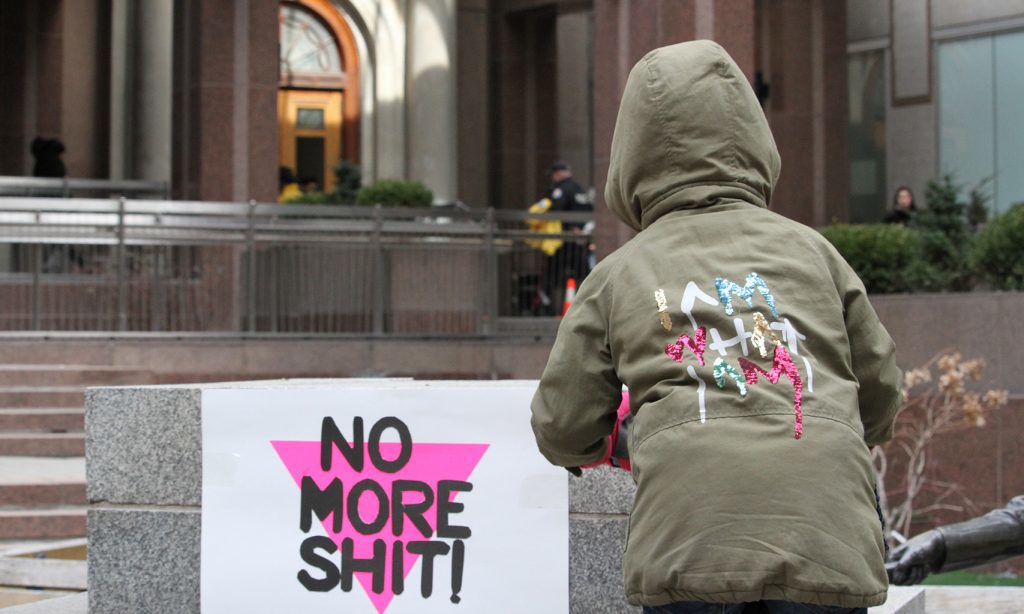