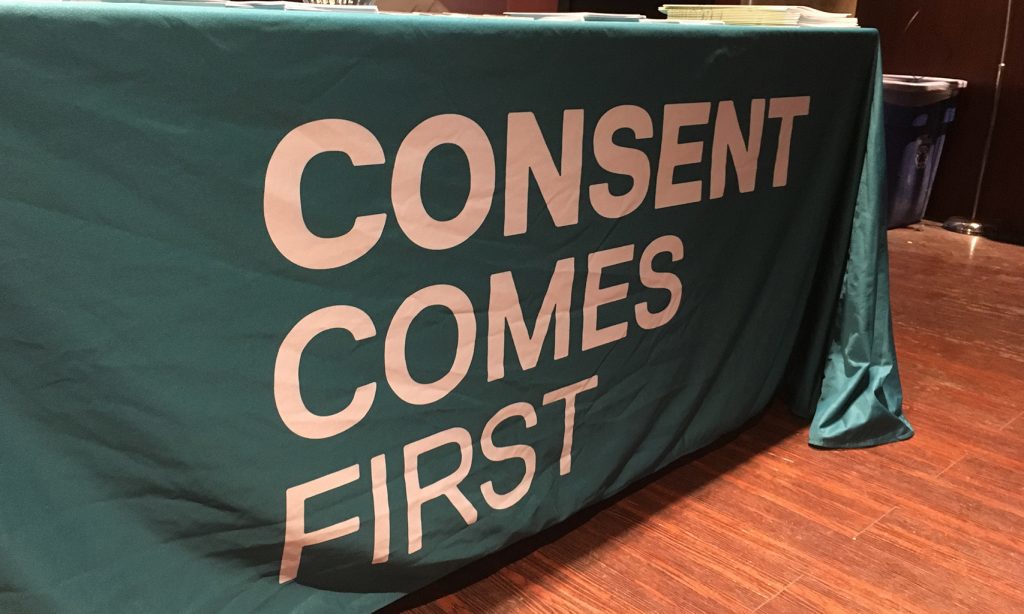 Students played sex trivia and pleasure-themed games at the Ram in the Rye on Jan. 25 to wrap up Ryerson’s very first consent week.

Sexual health educator and Ryerson graduate, Samantha Viarruel, hosted the event by creating a series of trivia questions to create discussion about consent culture in the context of dating and hooking up. 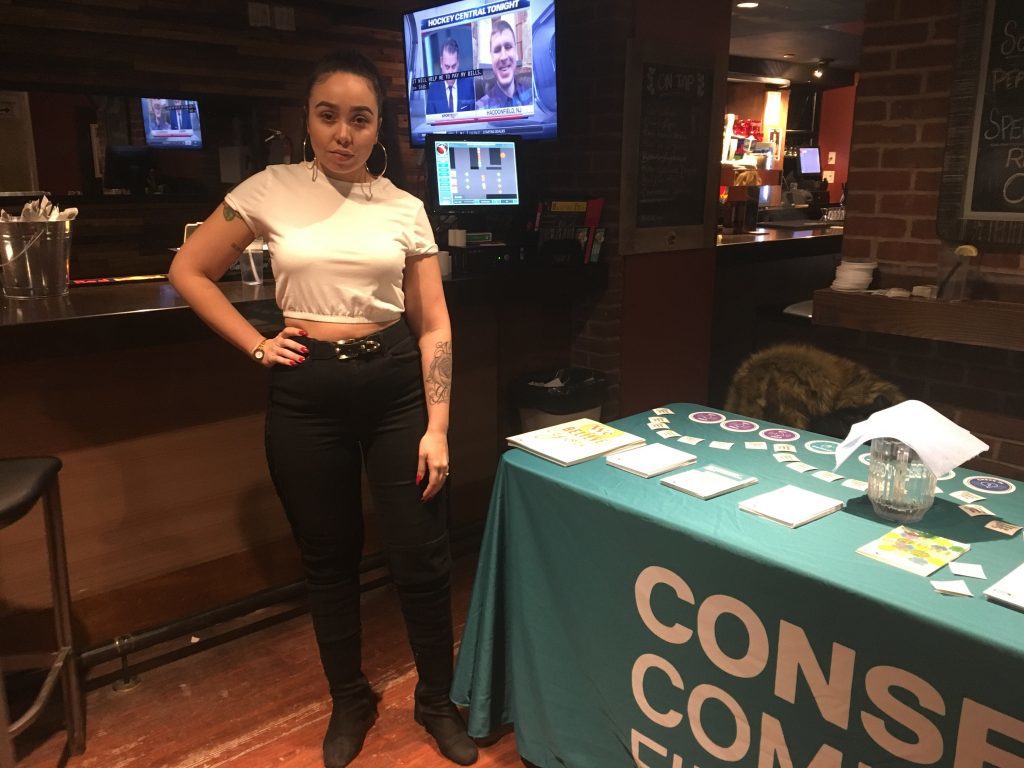 Host of the event Samantha Viarruel. Photo by Jessica Valeny.

“When we talk about things like consent, we usually don’t talk about consent and pleasure in the same sentences and conversations,” she said. “So I prepared a trivia game and I’m hoping that people get to learn from it, laugh about it and maybe draw some connections about consent being a part of pleasure.”

Viarruel split the audience into four teams to compete for prizes based on how many questions they could answer correctly. The categories were “safer sex,” “pleasure,” “hooking up” and “guess the lyrics,” where Viarruel reads out consent-positive lyrics and the team wins a point by guessing the song’s title and artist.

“Just talking about sex is kind of uncomfortable,” said Dora Latalisa, a second-year food and nutrition student who attended the event. “Even talking about it with friends isn’t always easy, but I think something like this makes me more comfortable to talk about it.”

Viarruel also created a series of scenarios where players had to choose the most appropriate route of action, including what to do when the person you’re flirting with seems uncomfortable and uninterested.

“I learned that unlike what you see in films, you can’t just have sex right away,” said Juan Reyes, a second-year chemical engineering student who came to the event to learn more about sex and consent culture.

“I’m seeing it differently now,” he said. “It’s something that you need to make some time to prepare for. You can’t just go to your partner and say, ‘Let’s have sex.’ I see it now as asking, ‘Are you fine with me doing this and that, do you have any conditions I should be aware of?’” 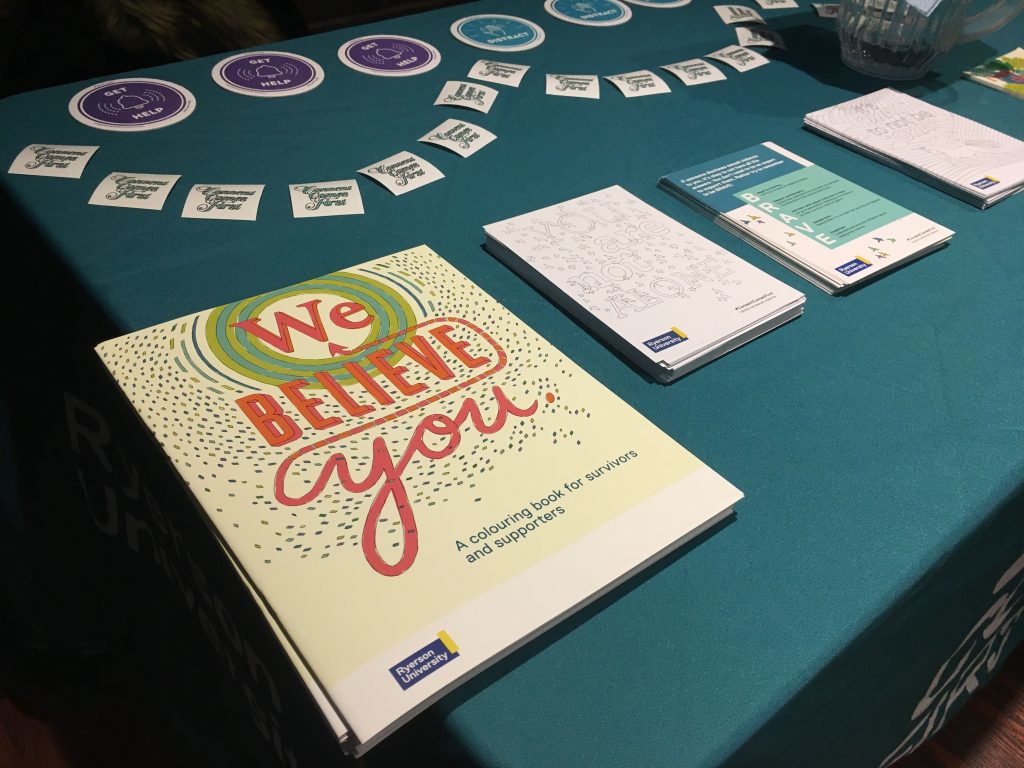 The event took place on the same day of former provincial PC party leader Patrick Brown’s resignation, which followed sexual assault allegations being made against him. For Viarruel, the heavy coverage of sexual assault incidents in the media has encouraged more dialogue about sexual health and sexual violence.

“I think it’s great that survivors are feeling empowered to come forward and actually feeling like things can change as a result of that,” she said. “It’s unfortunate that people in power abuse their power and that we hear stories like these, but I think we’re in an exciting time in consent culture where people start to feel heard and that there’s actually motives for coming forward.”

Though this was the last event of the week, the OSVSE continues to work around the premise “Consent Comes First.” For OSVSE specialist Yamikani Msosa, Ryerson’s first consent week is just the beginning.

“I think it’s a topic we have to constantly talk about in order to make consent a norm,” she said. “This is our first consent week at Ryerson and we’re going to continue to do it and continue to cultivate a safe space on Ryerson’s campus.”