When you’re a student journalist, it’s easy for officials to brush you off and deny interviews merely because you’re not a “real” journalist. But what about when it’s the university — your university — that is brushing you off?

I experienced that this week when I was denied access by Ryerson’s Housing and Residence Life to cover an event that I think was important for students to hear about.

Ryerson is investing in a two-phase study to figure out what students want and expect in student housing. 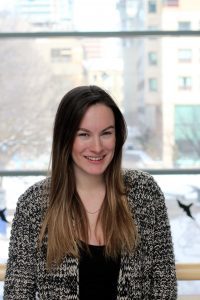 With two per cent of Ryerson’s population living on campus and two new residence buildings opening in the Fall of 2018, the university asking for students’ input on where they want to live is long overdue.

Phase one of this study involved face-to-face sessions open to all students. It was run by a third-party project management firm called Brailsford & Dunlavey, which specializes in developing large scale housing such as university residences.

But my request to report on this event was denied. The logic? My reporting “may impact what is being expressed by students/participant[s],” according to an email response I received from a residence coordinator. I was also told that this decision was made by the external team — Brailsford & Dunlavey.

I was invited to attend as a student and was offered an interview with Ryerson’s residence coordinator — someone who had not attended the session — to talk about the Housing Demand Study.

A reply to my RSVP stated in bold that “media is not permitted to attend this event.”

All this comes amidst increasing tension between the media and public officials. This tension has prompted journalism schools, including Ryerson’s, to remind students why journalism matters, a key focus of the Ryerson school of journalism’s teach-in held earlier this week.

Jessica Vomiero writes in this week’s Voices section that the free press is what differentiates Canada from authoritarian states in the world.

This conversation about the housing study, coming out of an event aimed at having student voices heard, was being controlled by the university and hauntingly parallels that of an authoritarian state.

It points to a bigger conversation that needs to be had, as I firmly believe that the free press has an obligation to tell the story before it is watered down by an establishment with an agenda.

I am told that the findings of the study will be released at the end of April, but what if the university doesn’t like what the students had to say? My reporting would have told the story straight from the voices of students.

Instead, I had to cover the story the way the university wanted me to.

Responsible journalism is a vital part of society, especially now when the most powerful leaders are working so hard to disregard its validity.

If holding establishments accountable for their actions doesn’t happen at a university level where students come to learn, how can we ever be prepared to do the same at the highest levels of government?