Before the Toronto Star published a video of Mayor Rob Ford ranting and swearing incoherently, Councillor Denzil Minnan-Wong told reporters Thursday that he will ask council to petition the province to remove Mayor Rob Ford if he doesn’t step down.

On Wednesday evening, The Ryersonian asked Ryerson politics professor Neil Thomlinson what steps council could take to remove Ford from power. Thomlinson said that council’s ability to do anything with Ford is limited. They can remove some of his power, but can’t actually take away his title as mayor. 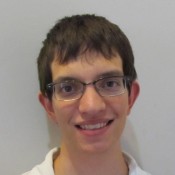