On Monday morning, Justice Ian Nordheimer ruled that it would be premature at this time to release the video to Khattak, a 19-year-old alleged gang member who appears in a widely-circulated photograph with Ford outside a suspected crack house.

Nordheimer privately viewed the two clips of video last Tuesday. One video is a 90-second video that it is alleged features Ford. The second video is a shorter clip that has content to supplement the events of the first video.

Khattak’s legal team filed the application arguing that the content of the video is key to clearing their client’s name.

Khattak’s lead lawyer, Nathaniel Gorham said that it has been humiliating for Khattak and his family to have the crack video scandal “hanging over their head.”

Crown attorney Grace Hession David has stated that Khattak does not appear in the video and neither does his voice. She also points out that the reasons for the disclosure application are “irrelevant” to the criminal charges Khattak is facing.

Khattak was arrested last June in a police raid relating to Project Traveller. He faces charges of possessing and trafficking illegal drugs, and participating in crime organization.

Nordheimer said in his ruling that Khattak would be able to file another application to see the video if he takes civil legal action. 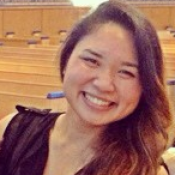