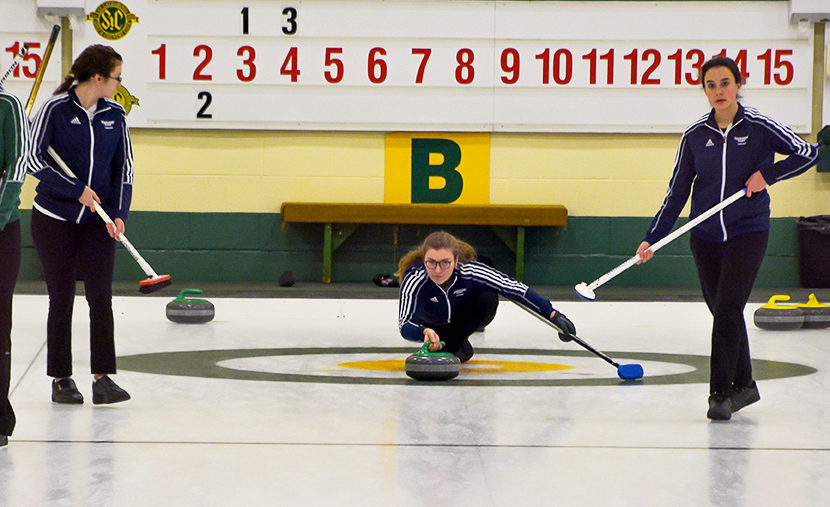 It has been a season of growing pains for Ryerson’s new curling program. Both the men’s and women’s teams have struggled to put wins on the board. However, as strange as it sounds, earning victories was not Ryerson’s main priority this season. What could be more important than winning? Finding an identity as a team.

“We’re really happy with the progress we’ve made in the short time we’ve been focused on this,” said head coach Perry Marshall. “We’re right on track and meeting all objectives I had this year.”

Ryerson Athletics announced the addition of a curling team last April, but the introduction of the program has not gone as smoothly as planned. Like badminton, track and field and wrestling, curling is classified as a club sport, meaning that it does not get the advantages that come with being a CIS team. They are not able to practise in the Mattamy Athletic Centre. Instead, they play out of the Leaside Curling Club, a 30-minute TTC trip from campus. Ryerson’s men’s team has six players but the women’s team has only five and, according to skip Maggie Macintosh, the program struggled to find enough players to field a full team.

“We just couldn’t find anyone who was a curler who wanted to curl so we had to convince a couple girls (who had never curled),” she said.

The women’s team has also had problems with commitment issues. Macintosh says that some team members do not always take the program seriously and there are practices where she is the only woman there.

“It’s a challenge because we’re a club and people don’t take us as seriously,” said Macintosh. “Maybe next year or the coming years we will be able to get some status in the curling world.”

The season has had its hiccups but that is to be expected for any team in its first year of existence. Team members feel that the program is headed in the right direction and Macintosh credits a January tournament in Brock as the turning point of the season.

“We really pulled it together,” said Macintosh. “We ended up winning two games, which was surprising. We weren’t expecting to be all that successful as we were a brand new team.”
Macintosh says the next step for the team is to transfer its off-ice chemistry onto the rink.

“We have great team bonding sessions, where we just get together and hang out and chat for hours. We have to take that (chemistry) onto the ice.”

Both the men’s and women’s teams will compete in their first ever OUA championship this Thursday in Guelph. Since Ryerson is new to the curling circuit, both teams were given the lowest possible ranking and will open the tournament against Laurier, the defending OUA champion. However, the OUAs are more than just a tournament for the Rams. It’s an opportunity to put Ryerson curling on the map.

Opinion: RSU’s fight against internships, not a practical solution