At the Achieving Focus and Concentration workshop students learn about the different distractions that can wreck studying time.

Ryerson University is working to combat the fact that technology can be a major distraction for students. But there is a lot more they could be doing.

Growing amounts of research show that technology and social media can be a distraction for students that adversely affects their studies.

A recent study shows that students who text or use other technology in the classroom experience a decrease in academic performance.. The power that technology has over some people as a distraction is so great that researchers in 2017 found that simply having a smartphone nearby is enough to decrease a student’s cognitive capacity.

Ryerson is currently working to combat these effects through programs like peer academic coaching, where they can get help with strategies to avoid distractions by having conversations about effective use of their study time.

Ryerson hosts workshops to inform students about the negative side to technology.

Andrea Moon, a learning strategist with Student Learning Support (SLS) and the leader of Ryerson’s Achieving Focus and Concentration workshop held last month, explained that technology is designed in such a way that people can easily be distracted by it.

“(Multitasking) doesn’t work,” Moon said during the workshop. “Humans can’t focus on more than one thing at a time without being distracted.”

One example Moon gave is that social media applications rely on something called a variable schedule of rewards, which means that your experience will be different each time you visit the app. This variety can lead to people check their apps continuously to see what new content they’ll be rewarded with.

“The inspiration to develop this workshop was to address the negative aspects of distractions caused by technology, especially smartphone use, and students’ frequent engagement with social media both inside and outside the classroom,” said Christina Halliday, director of SLS. “As we all know, this technology is here to stay. There will be positives and there will be negatives.”

Thierry Karesenti, Canada’s research chair on technology in education, has concerns about the role tech is playing for students.

“Technology is a very powerful tool to help people learn. And a very powerful distraction for students. There is a dark side to technology,” said Karesenti. “University students are using it to play games. There must be a balance between social use and being more efficient with it.”

One solution that some professors at Ryerson have tried is to ban it from classrooms. This is an option backed by research from 2015, in which students performed better on standardized tests after ensuring technology was not allowed in the classroom.

But Karsenti said this isn’t the answer. He said students should be taught about both the benefits and the drawbacks of using technology in a classroom setting, instead of just having it taken away from them.

“Make students aware, educate them about the potential pitfalls,” Karsenti said. “Universities should focus on what people can learn because of technology. People can do so much with it that they couldn’t do before. They can communicate with people from anywhere, can access information they never could before. Technology is not bad, it’s what you do with it.”

During the workshop, students learned a few strategies to help mitigate the effect of technology, including creating clear study plans for themselves that include how much time to spend studying before taking a break and working to avoid internal distractions, such as being hungry or stressed.

One student at the workshop, Sam Shao, said he is always eager to go to the internet, and that technology can be too much of a distraction for him.

“Studying is truly tiring for me, and maintaining attention is an issue,” Shao said, adding that sometimes he goes to the web out of a simple desire to browse. “Maybe I’m addicted to it. But sometimes it’s because I’m tired of studying and feel like this is too much work for now.”

Shao said he likes these types of workshops because they allow students to identify weaknesses in their study habits or their ability to stay focused. Shao has developed his own strategy to keep himself focused by using repetition to reinforce his goals.

Shao thinks programs like this are  important for students so that they can identify distractions and learn how to study more effectively. Karsenti agrees that learning about the effects of technology is an important tool in helping students avoid the negative impact that social media and technology have on them.

“(Universities) must educate students to become a citizen aware of the ethics of technology,” Karsenti said. “Some see technology as evil in the classroom. These are powerful tools that can be allies.”

Research indicates that technology and social media can be a distraction that can affect students academic performance. 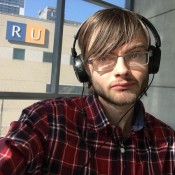