DeGeneres’s selfie cracked Twitter but not the millennial market

Ellen DeGeneres’s face gleamed when she announced something unusual at the Oscars Sunday night.

“I just got an email, and we crashed Twitter.”

The culprit was a group selfie that DeGeneres tweeted during the show, in which the emcee posed with 11 other A-listers including Brad Pitt, Angelina Jolie, Julia Roberts and Bradley Cooper. As soon as the photo hit the Twitterverse, it went viral. It saw two million retweets within just a few hours – a number so outrageous that it had Twitter in a lull for a few minutes. This selfie almost tripled the previous retweet record, set by President Obama after he was re-elected.

That was more than what the host – and the entire Academy Awards team – could have hoped for. For digital marketers, Sunday’s technical crash showed that the telecast likely succeeded in appealing to a younger audience. For DeGeneres, it meant a boost in her career. “We’re all winners tonight, that’s what it means,” she said.

Year after year, the Oscars try to attract younger viewers but always fall short of expectations. Three years ago, the show chose Anne Hathaway and James Franco as emcees hoping they’d bring in a younger demographic. That backfired as the show lost 12 per cent of its viewers in the 18 to 49 age bracket. Last year, Seth MacFarlane stepped up to the challenge. But while he did increase viewership from the year before, his appeal was mostly among the niche market of 18 to 34-year-old men, Reuters reports.

The best turnout of the 18 to 49 demographic was seven years ago, when DeGeneres hosted the first time. That year, the Oscars saw a 14.1 Nielsen rating with 18 to 49-year-old adults. Sunday’s ratings fell short of her previous record at 12.1.

“In the last couple of years, the Oscars made a big change and expanded their Best Picture nominee list from five to about nine,” said O’Reilly. “In the past, the lead contender for Best Picture determined the size of the audience. A year like Titanic drew a huge audience. A year with The King’s Speech — more of an ‘art’ picture – drew one of the smallest ever. But with nine nominees this year, the audience gets bigger.”

O’Reilly also noted that the Oscars has a tradition of building social media buzz.

“There’s a lot of chatter on social media — the night of commenting on dresses, wins, dates with the stars —  so it’s a big social media night.”

It was apparent that DeGeneres’ selfie spread big and quickly – a measure of success that the Oscars will pride on. But considering that DeGeneres herself has 26.5 million followers on Twitter, it’s hard to measure how many of the retweets were made by Oscars viewers versus mere fans of Ellen.

Like DeGeneres, several other stars brought in a substantial number of younger viewers through their fandom. The show included presenters like Zac Efron and Channing Tatum, as well as musical performances by Pharrell Williams and Idina Menzel.

Not everyone agrees with the marketing tactic.

“Seriously, though, the Oscars are constantly trying to attract younger viewers while displaying all the cultural taste of 70-year-old white dudes who never leave Palm Springs,” NOW Magazine’s senior film critic Norman Wilner told The Ryersonian in a live chat. “They just can’t pull it off, and when they try it’s really embarrassing, like watching your grandfather try on clothes from American Apparel.”

Case in point: Pink, who performed a song from the Wizard of Oz, was invited by Oscars producers simply for being “one of the best performers of her generation.”

Twitter is often seen as the tool to reach out to millennials, but Sunday’s results show that not even DeGeneres or Pink could significantly boost ratings. Perhaps, social media success does not mean increase viewership. Or maybe, there needs to be a better way of tracking how viewers tune in aside from cable. But Sunday’s Oscars teaches us that social media and digital marketing never fail to garner publicity. 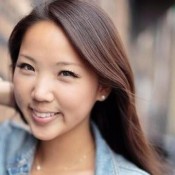