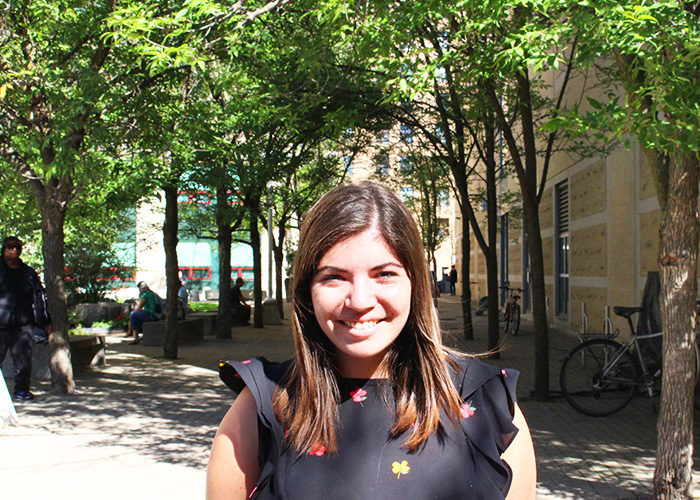 When I made the decision to fly across the world to intern at The Jerusalem Post this past summer, there were many things that I anticipated beforehand.

But there’s one thing I never could have predicted: getting detained by the Israeli police.

It was the end of my second week at The Jerusalem Post and I was sent to Tel Aviv by the news editor. I was covering the opening of a museum exhibit that honoured the life of Yitzhak Shamir, a former Israeli prime minister. Since I was still new to the country and wanted to make sure that I made it there in time, I left my apartment early and ended up arriving about an hour before the event’s official start time.

Out of fear of seeming too keen, I decided not to go directly into the event, but instead found a nearby bench, took out my notebook and wrote some notes to better prepare myself.

This was not my first time sitting on a bench. Throughout my 24 years I have sat on hundreds, maybe even thousands of benches. I have never regarded it as a suspicious act. Apparently, not everyone holds the same view.

About 45 minutes before the event started, I was abruptly approached by two men who asked me what language I speak. After I told them I spoke English, they informed me they were the police, showed me their badges and asked to look at my passport. They began to sternly ask me a series of questions about my age, nationality and what a random Canadian girl was doing sitting on a bench in the middle of Tel Aviv.

It has always struck me as odd that on TV shows, like Law & Order: SVU, the police are met with such anger and disdain during investigations. Generally, I am an obedient person who respects authority. But during my police detention even I found myself frustrated and exasperated with the line of questioning.

These two police officers couldn’t seem to wrap their heads around the fact that I was not on Birthright, an organization that provides Jewish young adults with free trips to Israel. They repeatedly asked what had prompted me to leave my Birthright group, even though I had informed them that I went on Birthright years ago and this was not the purpose of my current trip.

Another point of confusion seemed to be the concept of journalism as a whole. After I told them I was there to write an article about the museum exhibit, they asked, “What do you mean, ‘write an article?’” I thought I had made it abundantly clear.

Now in all fairness, I did not answer every question with the utmost precision. When asked where I was from, without thinking, I answered, “Toronto,” which technically isn’t true. I live in Vaughan, and I was too scared to correct myself, so I just silently prayed they wouldn’t pick up on my mistake. They also asked me how old my passport is and, brilliantly, I replied, “It’s new-ish.” Take it from me, the Israeli police do not appreciate the term “new-ish.”

After about 40 minutes of this questioning they got in touch with my boss at The Jerusalem Post, realized I was who I said I was and let me go. I made it to the event with about five minutes to spare.

Many things shocked me about this experience. I am shocked that a five-foot nothing girl, who often gets mistaken for a 17-year-old, was seen as a threat. But mostly I am shocked that I didn’t burst into tears, because I legitimately cry at the sight of a golden retriever puppy.

Whenever I tell people this happened, the first thing they ask is, “What did the police think you were going to do?” Truthfully, I have no clue. After they released me, I didn’t stick around to chat with them about their thought process. But what I can say is that, when travelling around the world, you really never know what’s going to happen. 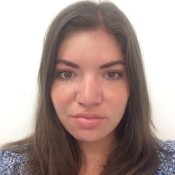 I don’t understand what this article has to do with anything relevant to Ryerson or Toronto as a whole for that matter.