DisOrientation, an initiative that promotes campus student groups that work on social and environmental issues, kicked off on Tuesday with a street fair.

The week-long event is organized by the Ryerson Students’ Union’s equity and social justice committee. 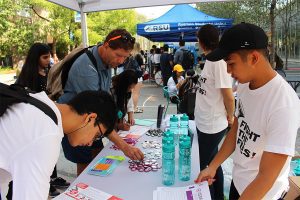 An art workshop, activist panel discussion and comedy show are some of the activities that DisOrientation offers students at Ryerson.

All activities are free of charge and range in topic from environmental politics, food security for students, activism, self-care and resilience.

As part of its environmental campaign, the RSU gave away free reusable water bottles at the street fair on Tuesday to students to discourage them from using plastic non-reusable bottles.

The RSU said they were giving away the reusable bottles because plastic bottles aren’t eco-friendly and could potentially have negative health effects.

Jessica Oliveira, a Ryerson student, said that there should be more focus on this issue.

“I picked up the reusable bottle because it is a way to help the environment and the water will stay cool,” Oliveira said. “It is a win-win situation.”

RSU’s vice-president of equity, Camryn Harlick, said they were collecting signatures from students to send a petition asking the university’s authorities to provide students with reusable water bottles.

The RSU’s initiatives will continue throughout the week, and will be capped off with a standup comedy night hosted by comedian Anasimone George on Sept. 21. 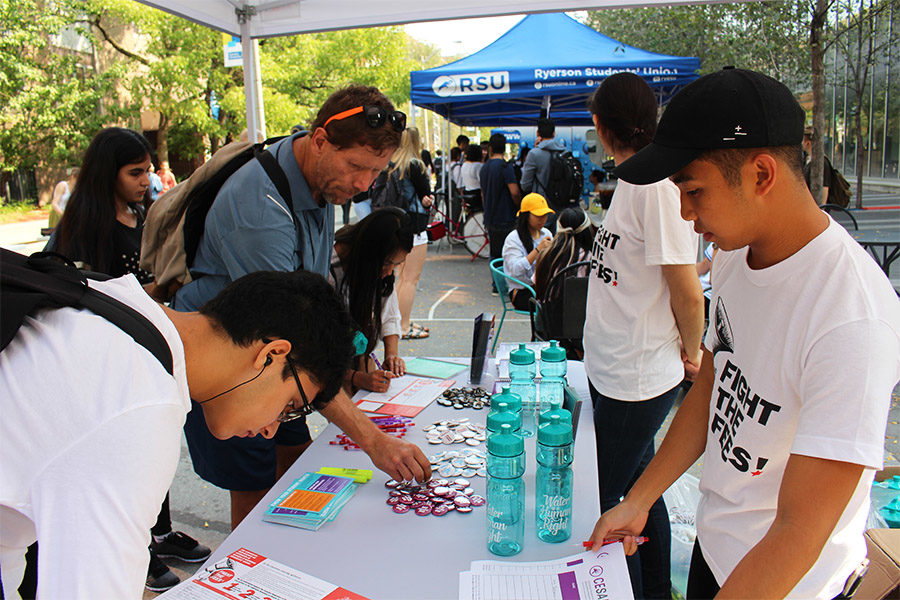 The streetfair at Gould Street. (photo by Ricardo Serrano) 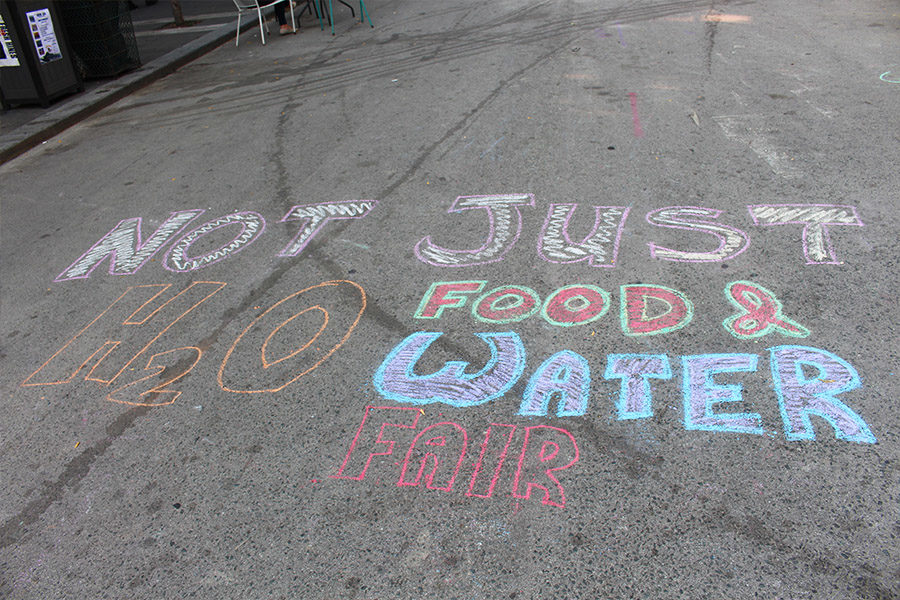 A sign drawn by the RSU on Gould Street. (photo by Ricardo Serrano) 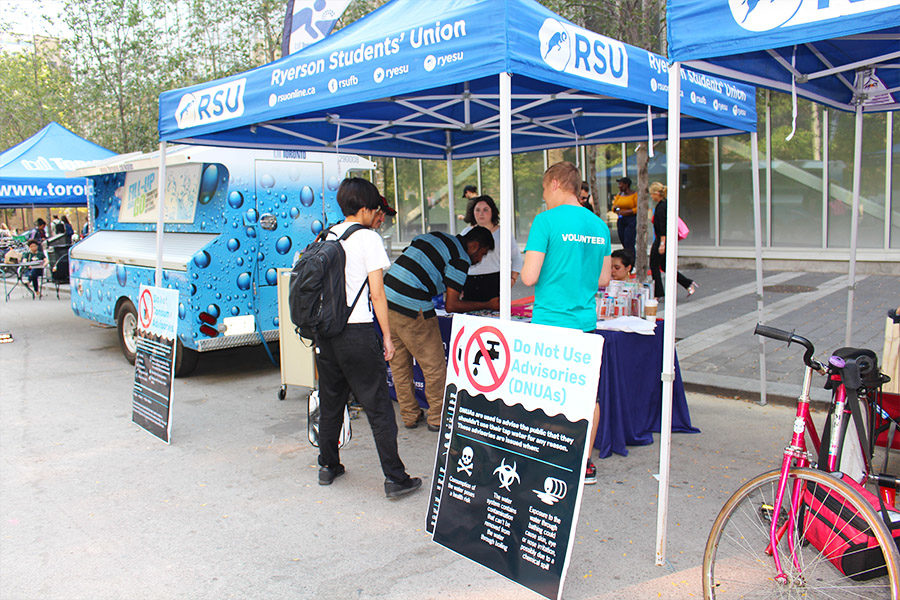 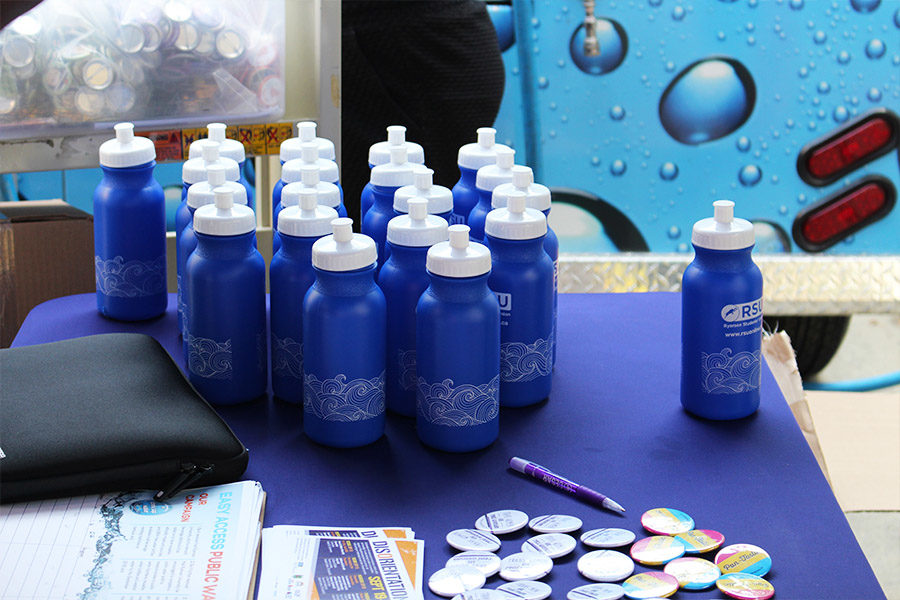 The RSU gave away free re-usable bottles of water to students. (photo by Ricardo Serrano) 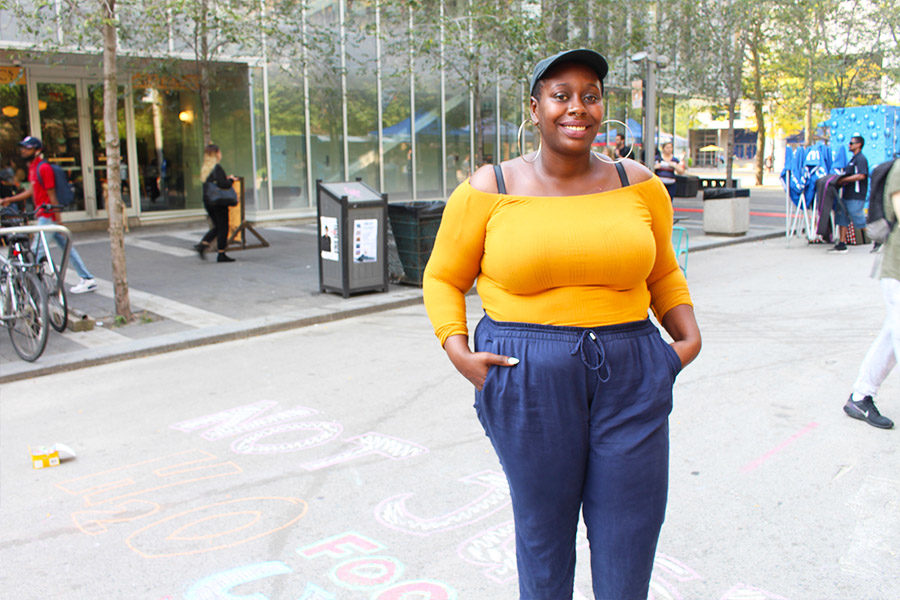 Casandra Fullwood, one of the event organizers, poses on Gould Street for day one of DisOrientation. (photo by Ricardo Serrano) 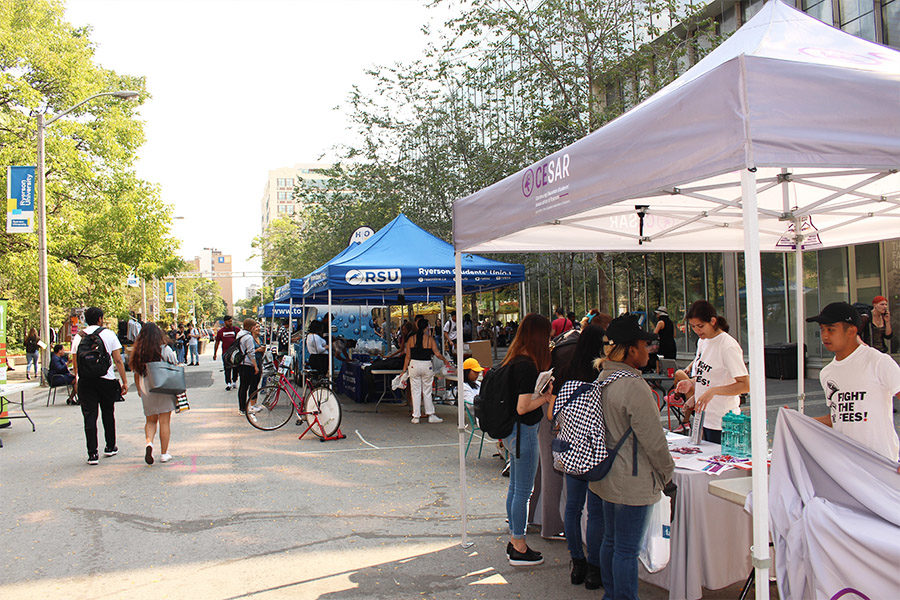 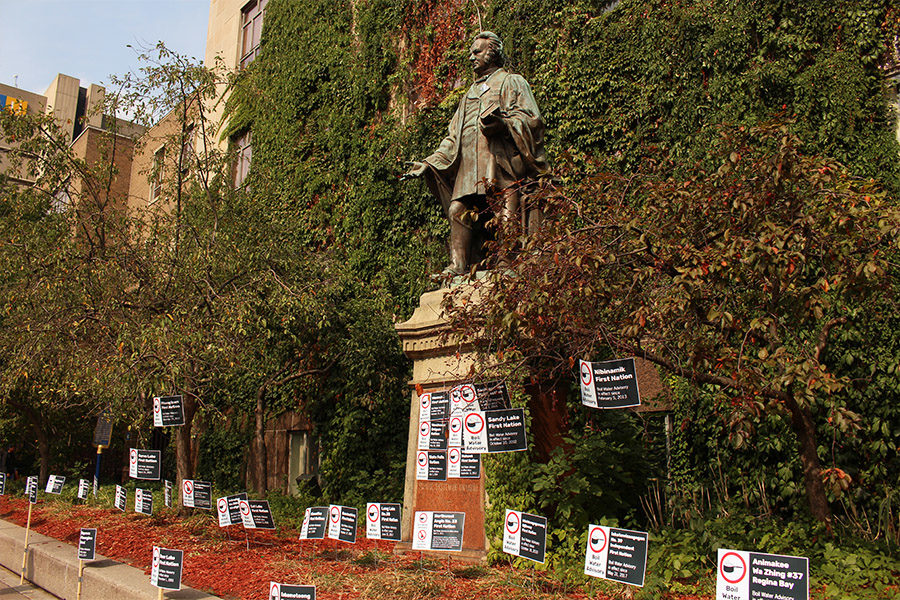 The signs were installed around the statue. (photo by Ricardo Serrano) 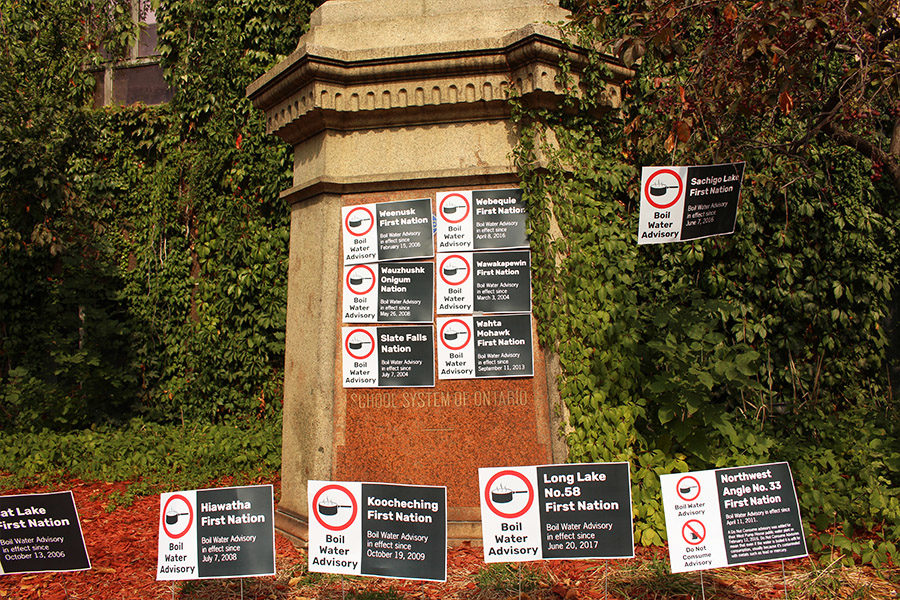 Signs put up by the RSU to raise awareness for the lack of clean water on Indigenous reserves. (photo by Ricardo Serrano)
activismcampusDisorientationRSURyersonsocial justice
0 comment
0
FacebookTwitterEmail