Ryerson alumni and former School of Journalism chair Don Obe died on Nov. 7 at Toronto General Hospital after a period of declining health. He was 78.

Obe graduated from the Ryerson Institute of Technology in 1959 and would return to the school to take the journalism chair position from 1983 to 2001.

His journalistic career spanned both magazines and newspapers. His early-years included positions with The Windsor Star, Vancouver Sun and Toronto Telegram. He would later hold the positions of associate editor at Maclean’s, editor-in-chief of The Canadian—a national magazine included in many Saturday papers at the time – and finally editor-in-chief of Toronto Life.

Obe’s biggest legacy at Ryerson came in 1984, according to Ryerson professor Tim Falconer, when he founded the Ryerson Review of Journalism.

Falconer, the current RRJ  instructor, wrote a personal tribute to Obe on the magazine’s website. The publication is planning a more in-depth tribute in the coming days with journalists, friends and former-students whose lives and careers were affected by Obe.

Falconer names two young writers whose work was edited by Obe: Novelist and Globe and Mail reporter Roy MacGregor and Sun columnist Earl McRae, who died in 2011 – but many more will show their hands.

“Lots of people, including me, learned so much about teaching journalism from Don,” said Falconer. “He could definitely be gruff, but he was also one of the guys who had a big heart underneath.”

Falconer said Obe wanted the RRJ to be a kind of watchdog magazine, journalists watching journalists. In the 30 years since its founding, the magazine has won dozens of awards and “[pissed] off lots of people,” wrote Falconer in his RRJ tribute.

“He had incredibly high standards but a real passion for any journalism and anything that met those standards,” said Falconer. “He really was a mentor to so many journalists in this country and that’s quite a thing to say about someone.”

“Don was one of the great characters of modern Canadian journalism. He could be funny, biting, sweet, profane, hard-assed and kind, sometimes simultaneously,” writes Hayes. “He was, for decades, the kind of journalist about which movies are made: hard-drinking and irascible with a soft heart.”

In 1993, Obe accepted his Foundation Award for Outstanding Achievement, a National Magazine Award given to only one person annually and often considered the industry’s highest honour. He continued to contribute to Ryerson after retiring in 2001 as a Ryerson professor emeritus of magazine journalism. 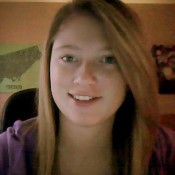