The women’s team started things off in the early game, going shot-for-shot with the Lions in the first quarter. The teams were even until the Rams went on a 11-2 run at the end of the second quarter to lead 30-21 at halftime.

From then on it was all Rams, who stayed at least eight points ahead of the Lions for the rest of the game, rolling on to a 66-49 win. Leading the way for the Rams was Sofia Paska, who scored 14 points and had five rebounds off the bench. Mariah Nunes also impressed with 13 points, and Silvana Jez had 12 points and seven rebounds. 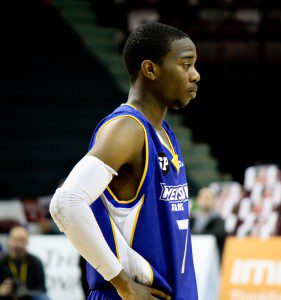 Victory from the men’s team was almost certain early on in the game. They pulled away with a 9-2 run at the end of the first quarter. Jahmal Jones put up points regularly and finished with 19 on the night.

The first half clearly didn’t please the Lions’ head coach. He picked up two technical fouls early in the second half and was promptly ejected. Kadeem Green nearly got a double-double with 12 points and nine rebounds, and Aaron Best added 15 points in the dominating performance by the Rams. The final score was 89-51.

The wins keep both the women’s and men’s teams at the top of their Ontario University Athletics (OUA) East conferences with records of 9-3 and 9-2.

The men have won three games straight in league play since their two losses to the top teams in the province from the University of Ottawa and Carleton University in November. The Rams are likely to meet both teams again when Ryerson hosts the Canadian Interuniversity Sport (CIS) final eight tournament in March. 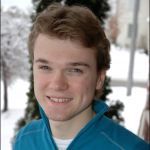