Ryerson’s online mental health resources are helpful for some but not for everyone, experts say

Student events director for Ryerson SMASH says that while mental health apps can be useful, they’re an imperfect alternative for in-person counselling

Natalie Morrison was feeling overwhelmed by her workload.

Morrison, a second-year social work student at Ryerson, is quite involved in campus life. She’s the events director for Ryerson Students for Mental Awareness, Support and Health (SMASH). As a student who also works part time at Starbucks, Morrison has a lot on her plate. Things can get stressful at times, and that’s where online resources came in.

Morrison started using two different apps to help her cope when she’s struggling. One of them, Headspace, is free for all Starbucks employees, though Morrison uses it only sparsely. The other app, WellTrack, is free for all Ryerson students using their university login credentials. WellTrack provides self-help therapy for stress, anxiety and depression.

“When I was struggling and really stressed out with school and everything, my first thought was, ‘OK, maybe I need a counsellor,’” Morrison said. “But then I downloaded this app and I’m like, ‘Wow. This actually does the trick for me.’”

Morrison says she’s aware that these resources don’t work for everyone, particularly since some people need an intimate human connection that can’t be found online.

“Some people do genuinely need counselling because of that personal connection,” Morrison said. “Just sitting alone in your room typing, it’s not as nice as that personal conversation. I just use this as a tool to sort out my own thoughts, but sometimes people need counselling to sort out their own thoughts and really have that connection with somebody.”

As the events director for SMASH, Morrison organizes de-stressing events for students, to help them forge those personal connections. Events include “This Is My Story,” where students share personal, lived experiences in small groups; “Chill Sessions,” where students can come to eat snacks, talk and just hang out; paint nights; and puppy yoga.

The creator of WellTrack, Darren Piercey, designed the app specifically for post-secondary students. Piercey says the app is offered to students at almost 100 colleges and universities worldwide. He developed it based on research he conducted at the University of New Brunswick, where he is a psychology professor.

Piercey says the app is effective for students who don’t want or need intensive therapy, or those who aren’t interested in traditional therapy for whatever reason. The app isn’t necessarily supposed to be used in place of therapy, either. It can be used in conjunction with counselling sessions, for people to treat “like a thought diary,” he said.

“In my experience, there is a place for both digital tools as well as in-person therapy,” said Maura O’Keefe, a clinical counsellor for depression and anxiety at Ryerson’s Centre for Student Development and Counselling (CSDC). “Some students can get their needs met with digital supports, while others may benefit more from in-person supports, or a combination of both.”

Piercey said hundreds of articles about computerized cognitive behavioural therapy (CCBT) have been published, showing that it’s as effective as face-to-face therapy. He added that WellTrack has data indicating that it’s effective when used either as a self-help tool or in addition to therapy.

Despite the university paying to make WellTrack’s services free for Ryerson students, it is unclear whether many students are aware of the app’s existence. Morrison said she wouldn’t have heard of the app, if not for a message from someone on SMASH’s executive team. Not every student has the benefit of being part of that type of extracurricular group on campus.

A total of 106 Ryerson students started using WellTrack over the past three months, said Mohamed Lachemi, the school’s president and vice-chancellor, at a press conference on Jan. 27. Lachemi added  the app is “popular” among students.

If 106 students had signed up every three months since the app was launched in late 2016, it would still only be used by about 1,500 students — many of whom may have graduated by now. Ryerson’s student population was reported to be nearly 36,000 in the 2017-18 academic year (the most recent one with available data), which means 1,500 students would make up only about four per cent of the student population.

Morrison says that if the university is going to rely on online resources to help students, it should at least do a better job of promoting them, as many students aren’t aware of options like WellTrack.

“Although (WellTrack is) a great free resource, it’s not great if students can’t actually be using it and it’s just not accessible,” Morrison said.

As a member of the SMASH executive team, Morrison often hears students complain about Ryerson’s mental health services. Students have expressed their frustration with the long wait times for counselling sessions, as they are often unable to get a session for months — a similar issue that students at the University of Toronto spoke about in September 2019, following a student’s death by suicide on campus.

O’Keefe said that same day appointments can be booked at the CSDC, but there is a limited number of spots. She said most students can get an appointment within a few days of requesting one, but students often have to wait longer for ongoing therapy, depending on their needs and the time of year. Evidently, Morrison has encountered a fair amount of students who have waited longer than they would’ve liked.

“It’s really frustrating that Ryerson would pride itself on (its mental health resources) but that’s something that students really complain about a lot,” Morrison said.

She suggested the best way for the school to improve its counselling resources is fairly simple: invest more money into them. As helpful as she found WellTrack and Headspace to be, Morrison said they simply aren’t enough to satisfy many students’ needs.

”I don’t think the online (counselling) is necessarily 100 per cent effective,” she said. “I would love for Ryerson to put more (money) into the counselling resources.”

Ryerson raised $22,556 in December for the CSDC, a record for the school’s annual fundraiser. As reported by Ryerson Today, the funds will be used to hire a second clinical psychology resident for the CSDC, which will add 10 counselling hours for students every week. For a school with nearly 36,000 students, this may only be a small step, but it’s progress.

If it isn’t feasible for the school to invest a lot more money on mental health resources, Morrison says that online resources are a good alternative for some students. For others, though, she said the school must “create a network” that allows students to “connect with each other.”

Morrison said the commute and distance for students on Ryerson’s campus creates unusual challenges, compared to other schools. To her, one of the university’s top priorities should be to help students form personal connections and friendships, so they can avoid feeling lonely.

“Connection is so important,” Morrison said. “Making friends and having social networks makes classes so much easier. And I really want to make sure that I can help foster that for (other) students, as well, because I know how important that is for myself.”

In her work at SMASH, Morrison is trying to help other students with their mental health. She said she hopes that Ryerson administrators are aware of the issue and will attempt to do the same. In the meantime, online resources are just one helpful tool for some students.

“We would never expect all students to use every resource that is available to them,” Piercey said. “However, if a tool like WellTrack can help just a handful of students at each campus, it’s a great thing.” 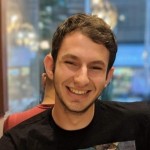