The subcommittee was formed on May 28, 2019 to make recommendations to the planning and housing committee on the protection of affordable rental housing, with special emphasis on the impact of N12 and N13 evictions.

The creation of the subcommittee marks the first step of the city getting involved to solve Toronto’s rental market crisis.

One tenant who spoke at the meeting was Brad Birnie, who is being evicted after his 20-unit apartment building at 245 Logan Ave. was sold to 2653526 Ontario Ltd. in October. He has received two eviction notices so far, with the most recent eviction date being Dec. 31, 2019.

“I have done nothing wrong to incite this eviction,” said Birnie. “I haven’t violated my lease. I haven’t disrupted fellow tenants. I haven’t damaged the building. And I’ve always paid my rent on time. The only thing I’ve done is that I belong to a low socioeconomic group. I’m poor.”

Birnie moved into a one-bedroom apartment about a year and a half ago after he decided to change his career and become an artist. He currently pays $940 per month. Since he received the first eviction notice, he said he’s been suffering from insomnia.

“I have stress and anxiety,” Birnie says. “I am under a doctor’s care. I have lost a relationship due to stress and the uncertainty of the future.”

According to the apartment hunting website PadMapper, the average cost of a one-bedroom apartment in Toronto reached its highest at $2,300 per month in 2019.

Housing rights advocates say this is due to a loophole in the Residential Tenancies Act (RTA) that allows landlords to jack up the price however much they want once a unit becomes available.

Geordie Dent, executive director of the Federation of Metro Tenants’ Association (FMTA), said phone calls to the FMTA’s hotline from tenants who believe they are illegally being served N12 and N13 evictions notices dramatically increased in the last two years.

“We believe that, based on the data available, this is affecting about 25,000 tenants annually (in Ontario), costing them about $400 million,” said Dent. “Each tenant spends $15,000 for the increase in rent and moving costs,” he said.

Dent said his multiple appeals to the province to take action against landlords breaking the law was to no avail.

“While we’d much prefer to see the province crack down on illegal evictions themselves, all of our attempts to have this happen (were) pretty much completely ignored,” he said.

Chair of Parkdale Neighborhood Land Trust, Ana Teresa Portillo, said some tenants have to put up with different forms of abuse and discrimination at the hands of private, wealthy investors and corporate landlords.

“Tenants really want to know, ‘Are we here alone?,’” she said. “We have no defence but one another,” she said.

A number of tenants who spoke at the meeting expressed concern that illegal evictions are a class issue.

“Most renters are renting because they don’t qualify for a mortgage. RTA creates a second-class citizens. We’re here because the city doesn’t think renters have the same right as homeowners. This must change,” Pullia said.

Ivan Wadgymar is one of the tenants from a four-unit building at 860 College St. who went through “hell” when he was illegally evicted last month. When Wadgymar found out his landlord was illegally evicting other tenants in another building, the Landlord and Tenant Board (LTB) advised him to go to the provincial court. He couldn’t because he didn’t have the funds for legal representation.

“I went through hell as everybody in my building left — they all got scared off,” he said. “I ended up being the last person for two months because even my roommates left.”

After he got the N13 in May, he struggled with living in a unit with no heat.

“An inspector came from the city and read that the temperature was in the middle of the day, on a hot sunny day, still seven degrees below the standard of 21. And at night we were freezing … they never enforced (the landlord) to turn our heat on.”

Dent made a number of recommendations to stop illegal evictions. He said the situations should be treated as criminal fraud and that government should create strong conditions for landlords to obtain housing permits and to deny rezoning or redevelopment applications from a landlord who has done it multiple times.

“We would like to see landlords face penalties and consequences for breaking the law,” he said.

At the end of the meeting, Coun. Gord Perks said stories such as those told by renters could help change the system.

“I think tonight something broke open,” he said. “I can remember the first time a group of people came down to city hall and said, ‘We need to ban pesticides in the city of Toronto,’ and a lot of people said, ‘That’s federal and provincial jurisdiction. It can’t be done.’ But people like you, people who really wanted to see this change, insisted that the city figure out a way to do it, and we did.

“I feel a moment like that in this room tonight.”

According to the Toronto Star, Ontario Premier Doug Ford’s Progressive Conservative government is said to be reviewing and potentially amending the RTA in winter 2020. 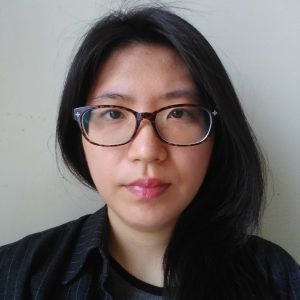 Michael Benarroch to leave Ryerson for University of Manitoba