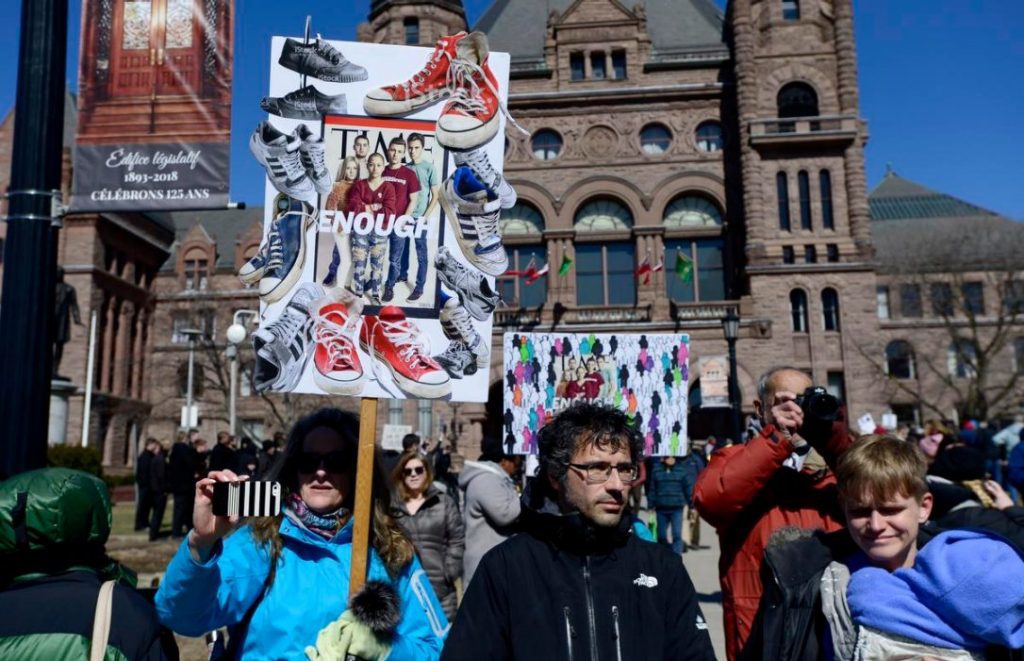 Millions of students, teachers and civilians marched this past weekend in Washington, D.C., to commemorate the 17 students who lost their lives in the Parkland, Fla., school shooting last month.

March for Our Lives was held not only to honour the lives lost, but also to demand gun control.

Toronto hosted a march of its own on March 24 in solidarity with those in D.C. and the message was clear: young people have had enough.

March for Our Lives allows young people to take matters into their own hands. This march symbolizes the power of their voices and the strength they have when united.

However, it’s important to acknowledge that although March for Our Lives has sparked this international outrage, groups like Black Lives Matter have been advocating for stricter gun laws long before the shooting in Parkland.

This is not to minimize the devastation of the Parkland shooting or to say that March for Our Lives wasn’t trying to be intersectional. Eleven-year-old Naomi Wadler was there to, “represent the African American girls whose stories don’t make the front page.”

People of colour are victims of systemic racism and have been trying to change laws and protocols for years, but have not been given the same spotlight as white activists, even in Toronto. Black Lives Matter did not get the same opportunity to march on D.C. ground, black youth have not been given the same media attention, and high-profile celebrity activists have not helped fund, or raise the profile of the countless protests that have occurred on the loss of black lives.

Even last year, when Alexandre Bissonnette planned and executed a mass shooting at the Islamic Cultural Centre of Quebec City, killing six Muslim men and critically injuring five others, there was no global outrage. Where was the international, or even national, march?

Moving forward, while fighting for stricter gun laws, we must think about the people who more often than not fall victim to these shootings.

The fight for gun control should not end with this march. High school students have now begun to advocate on a grand scale and are becoming conscious about the state of gun violence, politics and social justice, and this is just the beginning.

The voices of people of colour must be acknowledged in order for gun laws to be intersectional and incorporate the struggles of racialized communities. Racialized students fighting for change must be given the opportunity to weigh in on what safety looks like for them and to deconstruct the stereotypes attached to their safety concerns, like how people associate violence with racialized communities.

And we can start right here, on campus at Ryerson.