An attack on a  mosque in northern Sinai, Egypt  earlier this month, hit a little too close to home for one Ryerson biomedical engineering student.

Abdelrahman Sameh, a fourth-year student, said the region was part of his childhood. 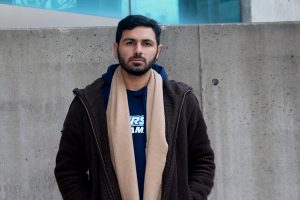 “I learned a lot through camping there. There was a connection between me and (the region),” Sameh said.

A CBC News report states that Egypt’s chief prosecutor says the attack this month was carried out by 25 to 30 men, who stood outside the mosque’s main door before opening fire on worshippers. Killing 305  and injuring 128 others during Friday prayers.

Egypt is no stranger to these incidents. Back in April, a church bombing left 44 dead and injured over 100 more.

Sameh reflected on the days when he made frequent visits to the region.

“I was part of the scouts when I was back home, and we used to visit northern Sinai when we camped there,” he said.

Ahmed Elamin is a first-year occupational and public health student at Ryerson, who just moved from Egypt. Elamin said he doesn’t feel good about the ongoing attacks.

“I feel so sad that innocent civilians are constantly targeted, and about the attacks,” Elamin said.

Rana Latif, a Ryerson School of Journalism contract lecturer, said the incident is an example of how journalists can support communities through their work by bringing attention to those incidents.

“Anyone in my position will not be thrilled,” Latif said. “I am Egyptian, also a journalist and a journalism educator. I always think, ‘what can we do as journalists to help the situation with our reporting?’”

Rodayna Abuelwafa, a political science student at York University, said the attack made her feel a deep sorrow, but that she wasn’t surprised.

“The Egyptian mosque attack in North Sinai is a sample of what is happening in the world,” she said.

Yousef Saba, chief copy editor at Daily News Egypt, said the news team had a hard time keeping up with the alarming death tolls, making them realize it was “no ordinary attack.”

“The speed and frequency that official governmental channels were announcing greater numbers of victims… was completely disheartening and scary. Our news team found it difficult to cover the developments in real time,” Saba added via text. 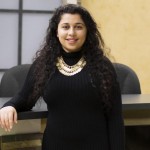 RyersonianTV: This Week for December 1, 2017