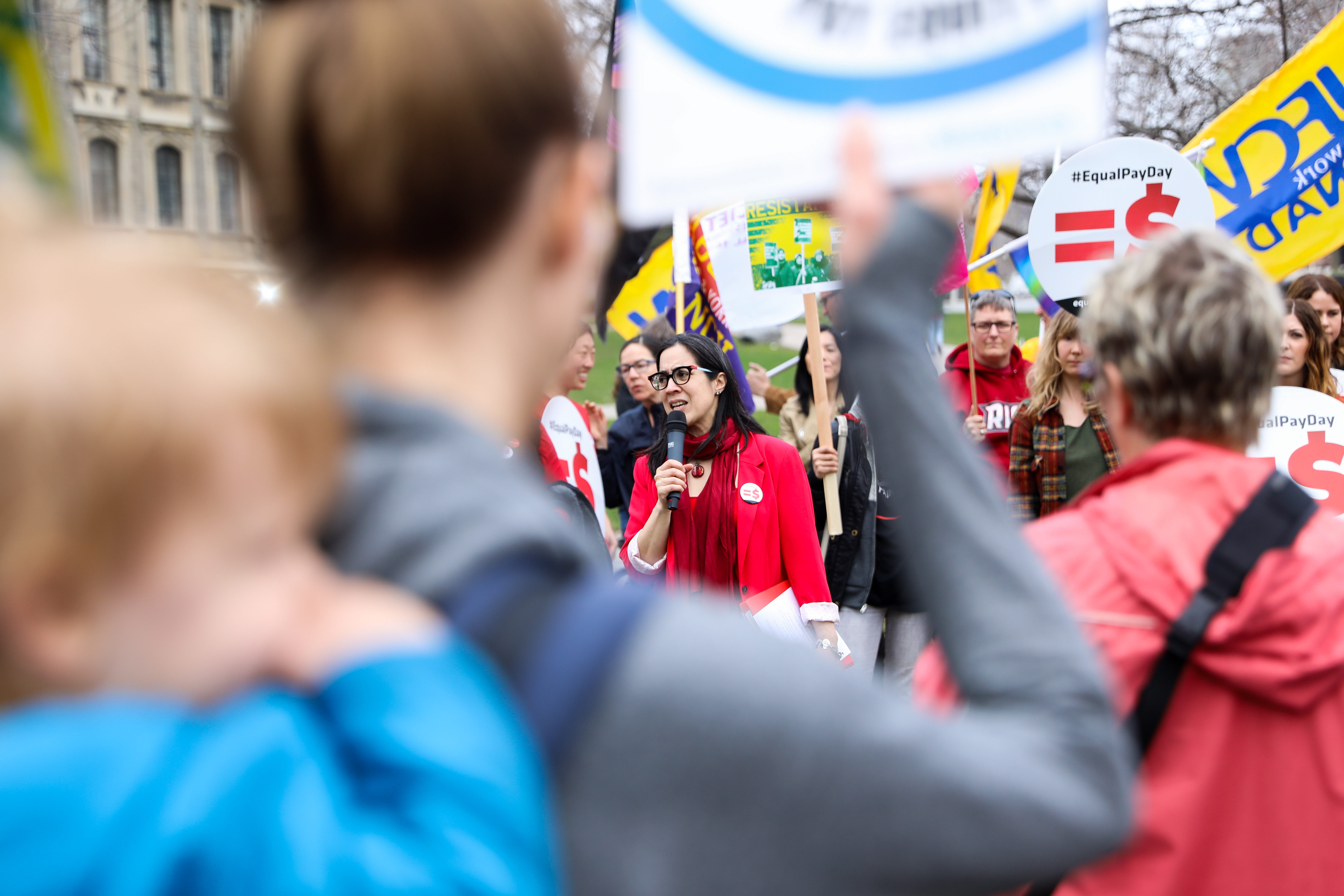 Tara Wodolet stands in the midst of a protest with her child, Wren, sitting on her back as they watch social justice lawyer Fay Faraday take the mic at the corner of College Street and University Avenue.

April 11 symbolizes the day that women must work until in each new year to earn the same amount that men earn in just 12 months.

Ontario’s public sector union, CUPE Ontario, and the Equal Pay Coalition are asking the Ontario provincial government for new legislation, ensuring that equal pay is enforced and strived towards.

The proposed Equal Pay Coalition law would: set out employees’s right to know about their employer’s pay structure, protect employees from punishment for discussing pay structure and require employers to file transparency reports with the Ministry of Labour and their shareholders annually.

The Equal Pay Coalition met with the Minister of Labour, Keven Flynn, and the Minister of Women’s Issues, Indira Naidoo-Harris, yesterday to lobby for the immediate implementation of the new law.

According to CUPE, “it will take Ontarian women over 15.5 months to earn what Ontarian men do in [a] 12 month period.” Additionally, for women who are racialized, disabled, Indigenous, migrant, immigrant, a sexual minority or gender variant will have to work into May and June to earn the same wage.

The Ontario Equal Pay Coalition has a goal of hitting a zero per cent gap by 2025, a plan which is detailed here.