Esports consolidates its fans as other live entertainment grinds to halt

For an industry designed around online gaming, the transition for esports from in-studio to online shows has been anything but easy

As most forms of live sports are on hiatus, esports are well positioned to enter the mainstream media. With the global outbreak of COVID-19 leading to worldwide bans on large gatherings, the live entertainment industries are among the most seriously impacted. Esports are one of the few mediums which have been able to successfully shift to online-only.

Esports—competitive video gaming—is a billion-dollar industry surrounding the viewing of professional gamers playing one another. Games like League of Legends, Counter-Strike: Global Offensive and Overwatch draw in millions of viewers. Prior to the outbreak of COVID-19, most esports were played in-studio, in front of an audience, but the largest share of the viewers came from fans watching on live streaming sites like Twitch and YouTube Live. As of now, the shows for esports leagues like the League of Legends Championship Series (LCS) are put on entirely through these live streaming sites. Although games like League of Legends are designed to be played online, the transition from putting on a live studio show to an online show is far from simple.

On March 13, the North American-based division of the LCS postponed the remainder of their season. It was not clear whether the esports league would make the jump to online play. A number of professional League of Legends players, through their Player’s Association, expressed a desire for the season to end. The decision was made for the season to continue online and the show’s producers and technical staff were left with the task of transitioning the show online.

“Our tech team was working around the clock to get us in a place where we could deliver our product at a quality bar acceptable to our fans,” said LCS Executive Producer for Riot Games, Dave Stewart. “The LCS Commissioner, Chris Greeley, and the broadcast team met Monday night to make a go-no-go call about continuing online, and our tech team assured us that we could go for it.”

As the season progresses, Stewart and the production team at the LCS are slowly gaining confidence in their ability to produce quality online shows.

“Because our tech team is so strong, they’re constantly putting us in a position where we are better and better equipped to deliver our shows remotely. With that comes added challenges to continue iterating and improving the shows, which is something our team always strives for,” said Stewart.

Viewership on online streaming services like Twitch and YouTube Live have shown a marked increase during social distancing protocol. While the esports transition was only recently made, viewership numbers seem to be increasing as fans look for an escape from the bleak onslaught of COVID-19 news. This includes the ongoing Counter-Strike: Global Offensive ESL (Electronic Sports League) Pro League:

“This season of ESL Pro League has seen a tremendous growth in viewership,” said Brian Kraemer, Senior Product Manager at ESL. “Not only have we set a new all-time record for a season broadcast with over 489,000 peak [concurrent] viewers, but also the average viewership has tripled from our record breaking season in [Season 10] so far.”

Even still, esports revenues are expected to decline as they lose out on ticket sales, as well as large chunks of sponsorship and merchandise revenue. According to Modern Times Group (MTG)—the parent company for major esports productions like ESL and Dreamhack—their esports revenues will drop from anywhere between 35 per cent to 45 per cent in the first half of 2020.

Many traditional sports have experimented with esports as a way to make up for cancellations. Formula 1 launched a new virtual Grand Prix Series featuring real F1 drivers competing on state-of-the-art racing rigs. The initiative partnered traditional sports and esports, bringing in exhibition races with professional esports athletes following the main races with the F1 drivers. Similarly, the NBA has been simulating the remainder of the NBA season on the video game NBA 2K20.

While esports based on traditional sports—NBA 2K20 and FIFA 20, for example—may see a slight rise in viewership as sports fans look to fill the void left by cancelled seasons migrate, it is unlikely these sports fans will be finding solace in more popular esports like League of Legends or Counter-Strike.

“I’m sure the stuff [Counter-Strike pros] are doing is really difficult,” said basketball fan, Joe Fish. “I have played shooting games so that I at least have some sort of intellectual grounding in that, but somebody who doesn’t play video games would look at this and just not understand why what they’re watching is impressive at all.”

In the case of Counter-Strike, Kraemer felt differently. He said that the game was accessible to watch for newcomers, but pointed to the long-standing issue of media concerns around first-person shooters as a barrier to growth among non-gamers.

“Every two minutes, each round, you have a mini storyline with potential spikes in excitement, there is lots of upset and comeback potential, and an economic side attached to it,” said Kraemer. “Obviously there are still some concerns around first-person shooters, which makes it harder to distribute to media takers than let’s say a football match or Formula 1 race, but we will get there eventually.” 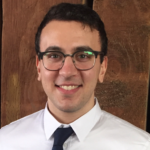 How Jewish Canadians are celebrating Passover during the pandemic