Panelists at the Is This The End Of The Web As We Know It? discussion hosted by the Centre for Free Expression Ryerson, on Nov. 17. Left to right: Brodie Fenlon, Sue Gardner, Hossein Derakhshan. (Samraweet Yohannes)

The original open web known for its blinking text, pixelated images and blue hyperlinks was participatory. It was a production space where the people who enjoyed using it, also helped make it.

The web was a space for free speech and expression, but she says that is no longer the case.

In a panel hosted by the Centre For Free Expression and moderated by CBC Radio’s Ideas host, Paul Kennedy, media experts explored how the advent of smartphones, along with sites like Facebook, have narrowed the open web. The panelists included Brodie Fenlon, senior director at CBC News digital; Sue Gardner, former executive director of Wikimedia Foundation and Hossein Derakhshan, an Iranian-Canadian journalist and blogger.

“The forces of order have come into play on the internet in the last five to 10 years,” Gardner says.

Wikipedia was a product of the participatory web and the desktop. It allowed ordinary people to contribute information and share with others. But “we could see that the walls were closing in,” says Gardner.

The internet was moving toward a walled garden mode. One factor, she says, was the introduction of smartphones. People began accessing the internet from their phones, which had limitations and demanded simple interactions with the web. Then mobile apps began cropping up.

Rise and demise of blogging

Derakhshan came to Canada in 2000 and found himself disconnected from the audience he had while working at a newspaper in Tehran. After 9/11, he went in search of answers about the attacks and the consequences they’d have on the world and discovered blogs in the process—his new platform.

It provided him with a vast reach and freedom. “This was effectively a democratization of writing,” he says.

He was living in Toronto, writing in Persian for an audience that was predominantly from Iran. He was reaching 20,000 people every day. “I had become famous in a place I didn’t live,” he says.

Upon his return to Iran, he was arrested. Derakhshan, expecting a couple years of imprisonment, received a 19-year sentence.

He was pardoned after six years in Evin Prison. Once released, he went back to blogging.

The stark changes to the web landscape were evident to him after six years without access to it.

Decentralization, one of the web’s most important traits, was absent. Hyperlinks enabled users to jump from one web page to another. The end of hyperlinking, he says, has resulted in the loss of nonlinearity.

The result, he says, was a much less diverse web. One that is popularity driven. “If you write something that not many people support, it’s very likely that it won’t be visible to most people, even people who are following you.”

In the era of blogging, people could read every post from top to bottom. Now in an age of social networking, people only see what algorithms decide they should see, based largely on their previous engagements and the amount of engagement the content has already attracted (i.e. likes, shares and retweets).

He calls it the “tyranny of the popular.”

During the U.S. election, Gardner, who lives in San Francisco and is surrounded by left-leaning people, created a fake Facebook account under the name ‘Katelyn.’ She liked a pro-trump page and watched as her newsfeed filled up, liking all the content that poured in. The result, she says, was a newsfeed replete with 100 per cent fake news that was anti-Hillary, but not pro-Trump.

Derakhshan says the current algorithms that are dominating the industry are problematic. They are based on social values—most dominant being newness and popularity.

New research indicates that over half of Facebook users get their news from the social media site. Those reports, coupled with findings of fake news stories circulating and going viral on the site, led many to wonder whether Facebook helped put Donald Trump in office.

Fenlon says that although the election result cannot be pinned on Facebook, the site did help fan the flames. “Facebook needs to pull its head out of the sand and stop pretending that it’s not a media company.” The site, boasting 1.79 billion monthly active users as of Sept. 30, 2016, is the most influential distributor of news and information in the world.

“Facebook favours shareability over public interest and it favours scale over public niche,” Fenlon says. But it must help users distinguish real, from fake.

Gardner says the solution is transparency and the ability for users to customize their web experience.

The future of the Web

According to Fenlon, it’s not all doom and gloom. With the web’s reach, users have access to stories that were not accessible even 10 years ago.

“We are still in a wonderful age of stories and access to news and information,” he says. 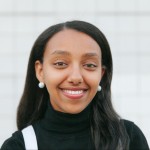