Facing my past in the Philippines

A Filipino boat (bangka). This tourist bangka is bigger and more luxurious than the one Marie Alcober escaped on.

When I was 12, I survived a terrorist attack off the coast of Corregidor Island in the northern Philippines.

At the time, I didn’t know it was a terrorist attack. I only knew three things for sure: it was the dead of night, the boat I was on was on fire, and I thought I was going to die.

I don’t remember much, but I remember certain moments – a bang, flashes of orange life jackets, and the deep breath I took before jumping onto a local fisherman’s bangka, which is a small canoe with wooden outriggers. It’s used by fishermen to get from one island to another and it usually holds two people. That night, the bangka I was on had six passengers.

When we were finally on land, a reporter asked me questions. He asked for a lot of details but all I could tell him was that I was a kid on a school trip. He asked how many people I was with. “I don’t know,” I said. “But they’re not all here.” I would later find out that three teachers from my city died.

He murmured something about looking for my name in the paper the next day. But I didn’t pick up his paper, or any newspaper for that matter. I didn’t care to find out, because when I finally came home, my family folded their arms around me and we all fell asleep. No one had wanted to talk about it and I was fine with that.

The next year, we packed our lives into exactly four luggage bags. We didn’t pay extra for boxes to ship old curtains and photo albums to Canada with us. We didn’t want extra baggage. Literally and figuratively. And I was fine with that.

I grew up on the island of Mindanao, where bomb threats are a daily reality and politicians own half the media. Facts were muddled with someone else’s political agenda, and often no one believed the news.

I missed home a lot, but Canada was good to me. I never got asked about how I “survived.” Most of the time, no one could even tell I was an immigrant, and when they did, I got asked why my English was so good. Maybe I was supposed to feel a little slighted by that sentiment, but I almost relished it. It was another step further away from my chaotic motherland.

Fast forward to the first day of journalism school at Ryerson. In pairs, we were to interview and write an article on each other. The “interview” I had with my partner morphed into a life story tell-all, the sort of conversation I imagine would happen with a therapist.

I talked about the boat explosion because it was part of my personal history. But obviously the event wasn’t just my own story — it was political and historic. And I should have known that my first-year reporting instructor, Cathy Dunphy, would want to ask more questions.

The next week, she asked me to stand up and tell the entire class my story “in a journalistic way.”

In Cathy’s world that meant you dished out the facts without any ums or I thinks or I don’t remembers. Say it straight, fast, and clearly — because 20 other student journalists in the room are waiting for you to give them a juicy quote.

But in my world, telling stories in “a journalistic way” didn’t make sense. I grew up on the island of Mindanao, where bomb threats are a daily reality and politicians own half the media. Facts were muddled with someone else’s political agenda, and often no one believed the news. I didn’t understand what she was asking me to do.

I stumbled through my story because, frankly, all I ever could remember from that night was a mother crying out for a child she couldn’t find and the smell of burning metal stinging my throat. And I wasn’t going to tell them that. That’s not what happened. Not really, not all of it, at least.

For the first time ever, I found myself Googling “Superferry 14 attack.” I discovered that the bomb was planted in the passenger ship by a member of the Abu Sayyaf, a militant group from the southern Philippines with ties to al-Qaeda. I found that more than 100 people died.

I also found a new resolve to go back. For years, I’d given myself reasons why I couldn’t go back: I have to finish school. I can’t afford it. I don’t want to take off work. They were all valid excuses, but I knew they weren’t all my excuses. From the moment I landed on Canadian soil to the moment my professor asked me to recount the explosion, I realized that I’d preoccupied myself with forgetting. Somewhere in between, I had convinced myself that what happened back home didn’t matter on this side of the world.

But I was wrong. Life isn’t lived in fragments. The pieces might have sharp edges, but they all form one thing. Try to lose one and you’re always going to end up trying to look for it — even if you’re doing it unknowingly. I thought about this as I stepped off the plane onto Filipino land for the first time in eight years this past March.

This country is a huge fragment of my life. It’s jagged and misshapen and unpolished. 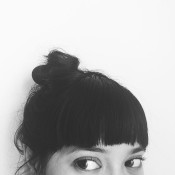 Marie graduated from the Ryerson School of Journalism in 2014. She is interested in documentary production and visual storytelling.

Marie graduated from the Ryerson School of Journalism in 2014. She is interested in documentary production and visual storytelling.