The Ryerson Faculty Association’s (RFA) president says he hasn’t heard of any complaints lodged against a computer-science professor who’s come under fire after kicking a student out of class for arriving late.

Peter Danziger, the RFA’s president, says that he had no knowledge of the formal letter of complaint or petition against a professor who’s been criticized by students in recent days.

“I only know as much as you’ve told me,” said Danziger during a phone conversation Thursday.

Danziger said he did not wish to comment on the issue because he did not know any of the details at the moment. As a full-time professor at Ryerson, Mastoras is a member of the RFA and is represented by them.

The professor, Anastase Mastoras, was also the subject of a petition written by students of the program who want to have Mastoras replaced as their instructor. They also want to be able to retake the course without having the pay once again.

The students are being represented by the Computer Science Course Union (CSCU), a student lobby.

CSCU president David Tenty told The Ryersonian that the petition has officially been submitted to the department and faculty.

“We circulated signing instructions via email to members of the class,” wrote Tenty in an email on Tuesday. “We have received both positive and some negative feedback, but many students both current and former have been supportive of the concerns in the petition.”

Students are filling out statements of support either on paper or online. However, Tenty is unaware of the exact amount of signatures that have been gathered thus far.

The complaint letter first came to light after Mastoras called campus security to have a student be removed from a database management systems class for being late, which resulted in several students leaving the class in protest. 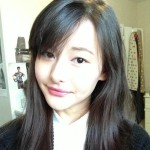