BREAKING NEWS
Ryerson students can join Campus knct’s New Year’s resolution initiative
COVID-19 has taken a toll on Ryerson student athletes
COVID-19 has had a negative impact on students with disabilities
Music lovers at Ryerson reflect on a year without concerts
Despite student petition, Ryerson holds firm on decision not to offer Fall 2020...
NewsOn Campus

Students in Ryerson’s Faculty of Communication and Design (FCAD) are one step closer to forming their own society after getting the green light from the board of governors to hold a referendum.

“I’m very happy, very relieved,” said Cormac McGee, a third-year journalism student who presented the proposal to the board of governors Monday night. “I can’t wait to actually start campaigning on this and to actually have students know about it.”

The referendum will ask FCAD students if they are willing to pay a student levy of $30 per semester to fund the Ryerson Communication and Design Society (RCDS). In exchange, the society promises a variety of programs, services and events geared specifically towards the interests of FCAD students.

The society’s main selling point is a festival it plans to organize, which will harmonize all of FCAD’s year-end shows. RCDS members envision a two-week festival during which shows like Mass Exodus from the Ryerson school of fashion, META from new media and Maximum Exposure from the school of image arts will take place.

The majority of the capital to fund these initiatives will be raked in through charging FCAD’s 4,000 students $30 a semester, which would gross about $240,000 a year.

“The $30 figure comes from a comparison from other similar societies,” aid FCAD dean Gerd Hauck. “The RCS (Ryerson Commerce Society), for example, has a student levy of (about) $60 per year.”

The society’s main selling point is a festival it plans to organize, which will harmonize all of FCAD’s year-end shows.

Funding will also be provided by the provost’s office and FCAD, although on a significantly smaller scale. Hauck says he’s earmarked $15,000 for the society each year for at least three years. He’ll be handing over the first $5,000 to fund the referendum and the campaigning that will lead up to the vote. Hauck adds that the $5,000 will be counted as part of his $15,000, while the provost’s office will be handing over its undisclosed sum next semester. The student levy will be charged starting Fall 2014.

Money would also be given to new and existing course unions and other student groups within FCAD. Smaller amounts of money will be given to other programs such as conferences, awards and bursaries, and activities during orientation week.

Campaigning is expected to begin within the next two weeks, when the nine RCDS members will try to convince FCAD students they’re worth the money. Once it begins, anyone opposed to the idea will have the chance to create a “no” campaign but will have to seek the board’s permission to do so.

“We haven’t heard of any and we’re not expecting any,” says Karina Nicole, who presented along with McGee. “We haven’t had any negative responses.”

Much of the inspiration for the society has been derived from the RCS and Ryerson Engineer Student Society, the only other faculty societies at Ryerson. Its structure and functions will be almost identical to RCS. The society will have elected executives and directors and the executive team will include a president and several vice-presidents. Directors will be representatives from each of FCAD’s nine schools.

President Sheldon Levy, who was present and voted in favour of the referendum last night, says such societies are good for student involvement.

“I’ve seen in the case of the commerce society and engineering society, a lot of student engagement at the program or faculty level and I’ve seen it as generally positive for the university.”

If the referendum is successful, the society is expected to be up and running by the Winter 2014 semester. 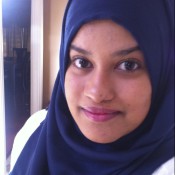