It’s official: students in the Faculty of Communication and Design (FCAD) have their very own society.

With 80 per cent of votes supporting its referendum, the Ryerson Communication and Design Society (RCDS) has secured an annual allowance of $60 from every student in FCAD, starting in September 2014, for its operations.

The four-day referendum, which started Monday,  had a voter turnout of 39.9 per cent. 1,746 votes were cast with 1,400 in favour, according to official results from Ryerson’s Board of Governors.

RCDS has chosen six executives, with third-year photography student Tyler Webb as president, but will hold elections for its board of directors in Winter 2014.

FCAD’s nine schools will each elect a director to represent it on the board. Any FCAD student can run.

By contrast, the RESS vote had a much lower turnout when compared to the FCAD referendum, with a participation rate of 15.3 per cent. Only 651 ballots were submitted out of 4,246 eligible voters.

“I’m so excited for the future of RESS and all of our students and I know this will help us achieve great things, both on campus and off campus, on a national and international scale,” said Rose Ghamari, president of RESS, in an email. 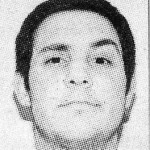