Feminism is an unpopular word, so let’s change it

My news feed this weekend was mostly dominated by the United Nations Climate Summit, particularly with the hundreds of thousands who took park in the People’s Climate March in New York City. At some point, I came across a link that had UN, Emma Watson and feminism in the same headline. My confusion about why the former Harry Potter star was speaking at the UN Headquarters about feminism caused me to open the link.

Unlike many other gender equality campaigns, this one aims to recruit as many boys and men as possible, which is absolutely prudent.

“How can we expect change in the world when only half of it is invited or feels welcomed to participate in the conversation?” said Watson. It’s an excellent point.

Feminism has become, or maybe always has been, an unpopular word. It instantly conjures up images of angry, man-hating females who will shake their fists at the slightest injustice. Lately, the word has crept its way into mainstream media and is slowly making its return into contemporary discourse.

All of a sudden, everyone has something to say about it, and that’s why Watson’s announcement at the UN came at an ideal time.

The conflict between some women owning the word and others trying everything to disown it isn’t the issue. That’s not what our current conversation on feminism should be about. Nowhere does this process include men; the other quintessential component to achieving gender equality.

For a word to carry that much weight, even with all the efforts being made to deconstruct our societal prejudices, why don’t we just stop using it? The negative connotations surrounding that word are so ingrained, maybe we should move on from it, give it a little break.

The fundamental problem, and the main focus of the “HeForShe” campaign, is that gender equality can’t be reached if we continue to pit opposing views against each other. It’s a complete disservice to the idea and goals behind what the word feminism actually strives for, which is equality.

Near the end of her speech, Watson says, “We are struggling for a uniting word, but the good news is that we have a united movement.” 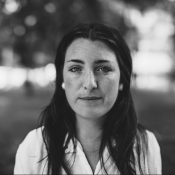