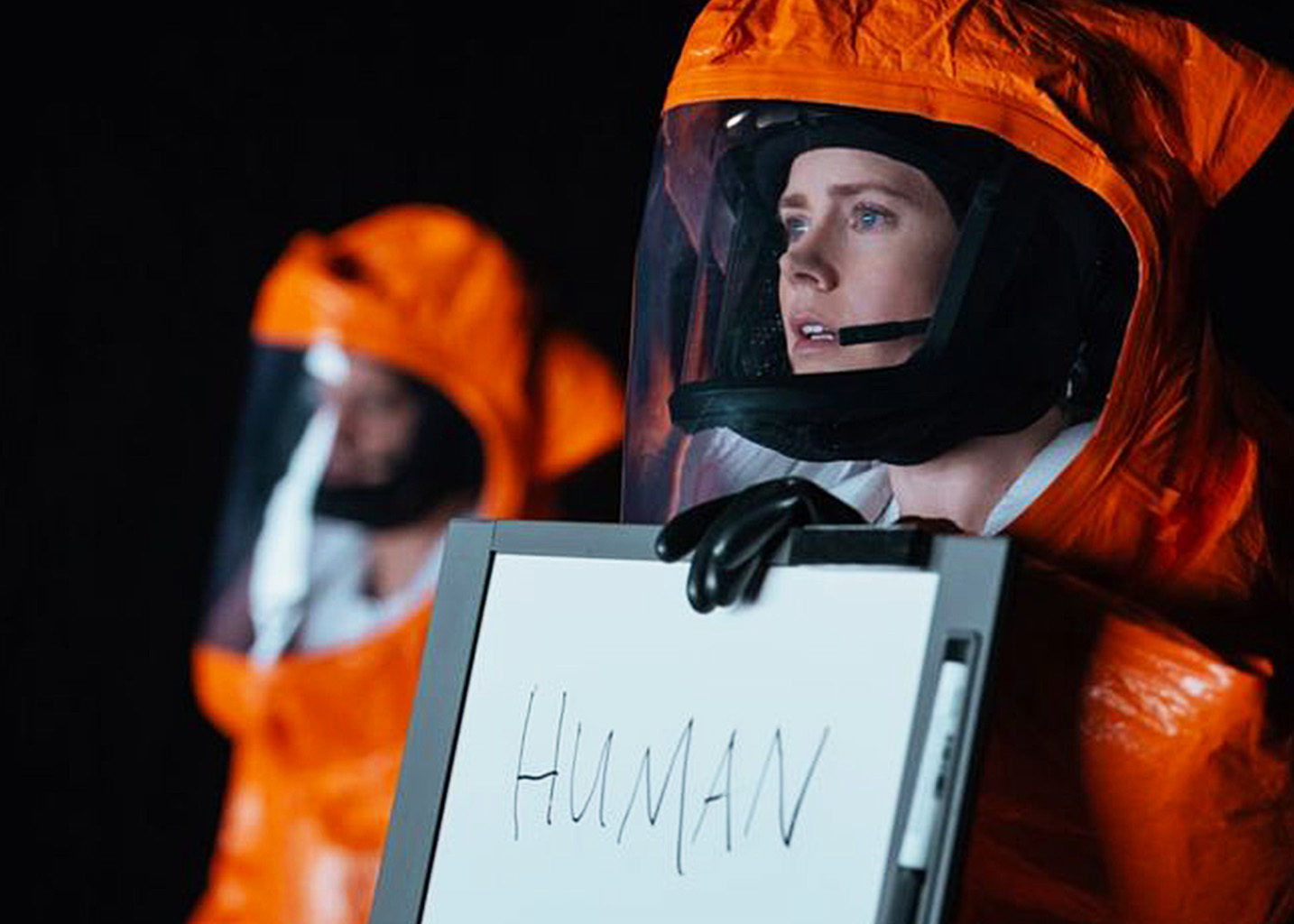 Amy Adams tries to teach aliens English to figure out why they’ve come to Earth in the movie Arrival. (Courtesy Sony)

Arrival is not the usual alien invasion film.

Amy Adams plays expert linguistics professor Louise Banks. When 12 alien space crafts land in different locations across the world, she’s asked by the government to help. She ends up leading the American team to try to figure out why the aliens have invaded Earth. Yet, it’s only Banks who believes the aliens have come to help humanity. The rest of the world thinks they’ve arrived to take over the planet. When other countries have a miscommunication with the aliens, the threat of a global war ensues. Banks knows it’s up to her to understand the aliens’ language in order to figure out if they’re here to end or help humanity. And she risks her life doing it. 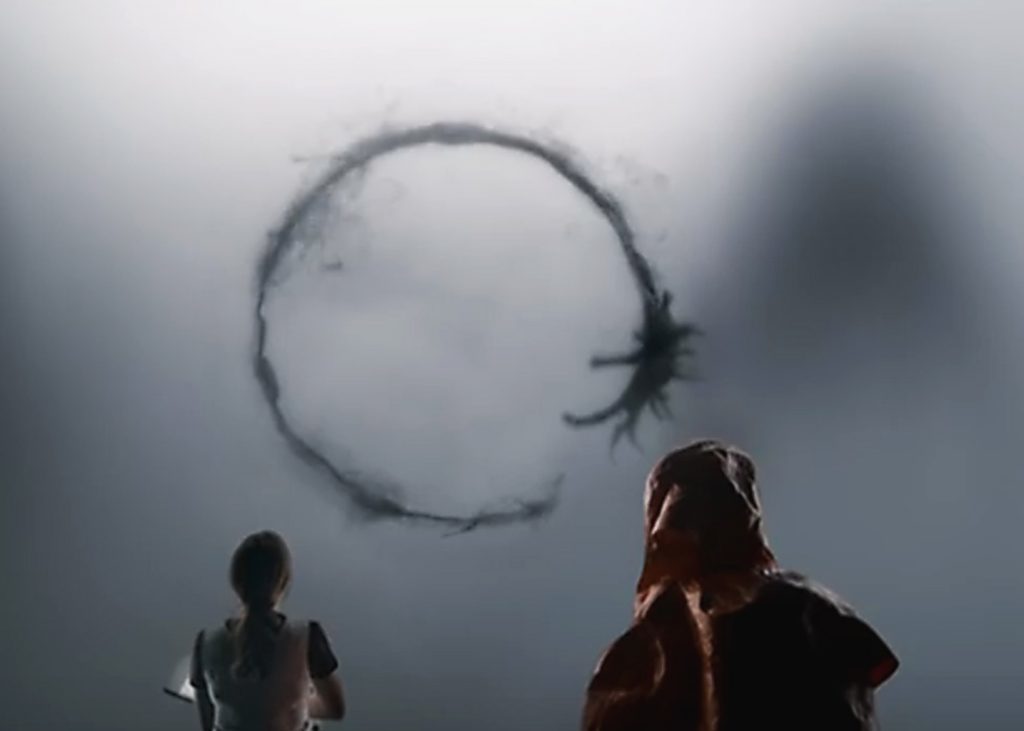 Canadian filmmaker Denis Villeneuve never disappoints, and Arrival is no exception. We’ve seen how great Villeneuve is at creating an atmosphere in his films, such as Prisoners and Sicario. But, with the careful use of sound, Villeneuve creates an eerie atmosphere that sets the tone of the film. He sets up each scene so that the audience feels like they are a part of it. When Banks and her team meet the aliens for the first time, the audience feels like they’re in the room with her. Villeneuve’s camera techniques separate this film from previous alien films that have come before it. What’s even more impressive is that Villeneuve makes a complicated script comprehensible through his direction.

Eric Heisserer wrote the screenplay in a very complicated way. Instead of using a linear format, he breaks up the timeline. The film jumps in-between time, making it hard for the audience to know when events are taking place. Thus making the film impossible to understand in the hands of the wrong director. But Villeneuve found a way to make sense of these complex time shifts. There may still be people leaving the cinema confused because it does get overcomplicated at times. These moments would be impossible for most other directors to overcome. But for how complex the script is, Villeneuve makes it as comprehensible as possible. 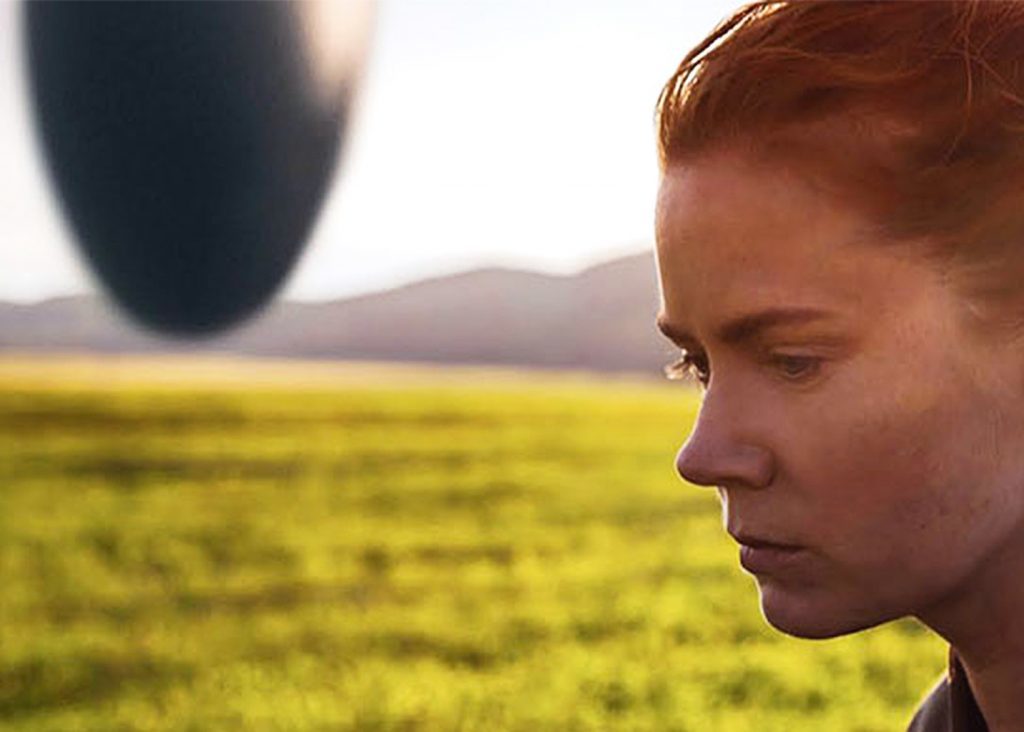 Adams has a commanding presence in this film. There’s a long sequence at the beginning when Banks enters the alien spacecraft. Her breath, lips, eyes, and posture say so much while she barely speaks a word. It’s also in this scene that Adams and Villeneuve transport the audience into the anxiety and claustrophobic atmosphere Banks is in. If it wasn’t for Adams being cast in this role, the film would fall apart. She makes the audience believe what she’s doing is right – even when it seems that she might be giving the aliens all the knowledge they need to end humanity.

Casting a woman in the lead role makes the story more believable. Banks feels empathy for the aliens. She wants to understand them and teach them language. Due to the social norms in our society, audiences would have a harder time believing a male would have empathy toward the aliens. But, it’s easy to believe a female would. This makes for one of the best casting choices of the year.

There are some extravagant sci-fi sequences in the middle that take away from the main storyline. It’s obvious the filmmakers wanted to make an alien invasion film unlike any seen before. And they have achieved that. The issue is, there are scenes with over-the-top CGI that seem unnecessary and could’ve been handled in a different way. Yet, Arrival does redeem itself with its solid ending.

Overall, Arrival is will likely be heralded as one of the best films of 2016. That’s all because of the film’s message – that language is the most important thing in the world – and the final question it asks of the audience: If you could see your entire life from beginning to end, would you change anything?

Arrival is in theatres across Toronto starting Nov. 11.