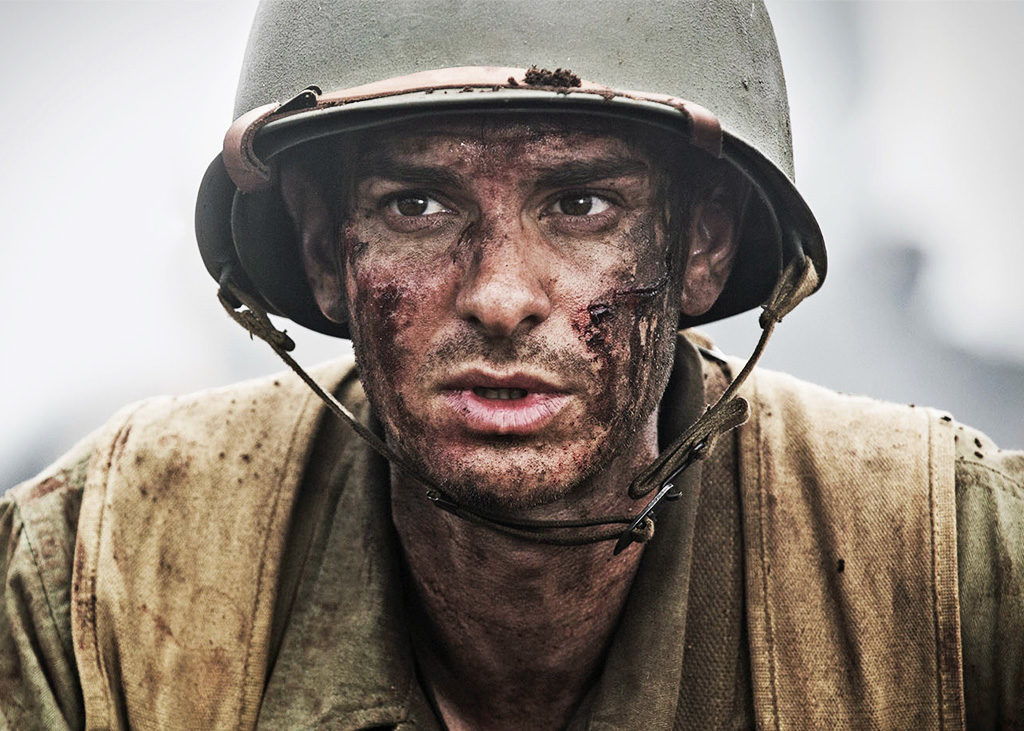 War is a big topic on the news all around the world. The subject is never a positive one and has an impact not only on the people directly involved, but on the world as a whole. People are seeking refuge, being taken away from their families, and soldiers and innocent civilians are dying everyday. So in the world that we live in today, a film with a positive war story like Hacksaw Ridge is greatly appreciated.

The film is based on the true story of Pfc. Desmond T. Doss (Andrew Garfield) who served the United States as a medic during World War Two. It follows Doss’ defining moments as a child that led to his pacifistic beliefs. When he feels the need to serve his country, he decides to enlist as a medic to aid the wounded instead of killing. When he’s told to train with a rifle and refuses, Doss becomes ostracized by those in his unit. It’s not until he saves 75 men in the Battle of Okinawa, unarmed, that his comrades accept him as one of their own. Doss went on to be the first American solider awarded the Medal of Honour without ever being armed.

Andrew Garfield is mesmerizing as Doss. There’s something about him that’s both docile and commanding. He plays Doss with a ferocity for the character’s beliefs, while being compassionate to others’ principles. The flawless American accent he uses is shocking. Garfield has done an American accent before, most notably in The Amazing Spider-man, but this one is a very specific and challenging early 1900s Virginia accent. Garfield not only acts the part, but becomes it. The empathy he feels for the Private covers and then devours him, leaving the audience to watch in amazement. When you hear Garfield say, “Please Lord, let me get one more,” there is no division between Doss and him. He is Doss completely in his mind and in the audiences. 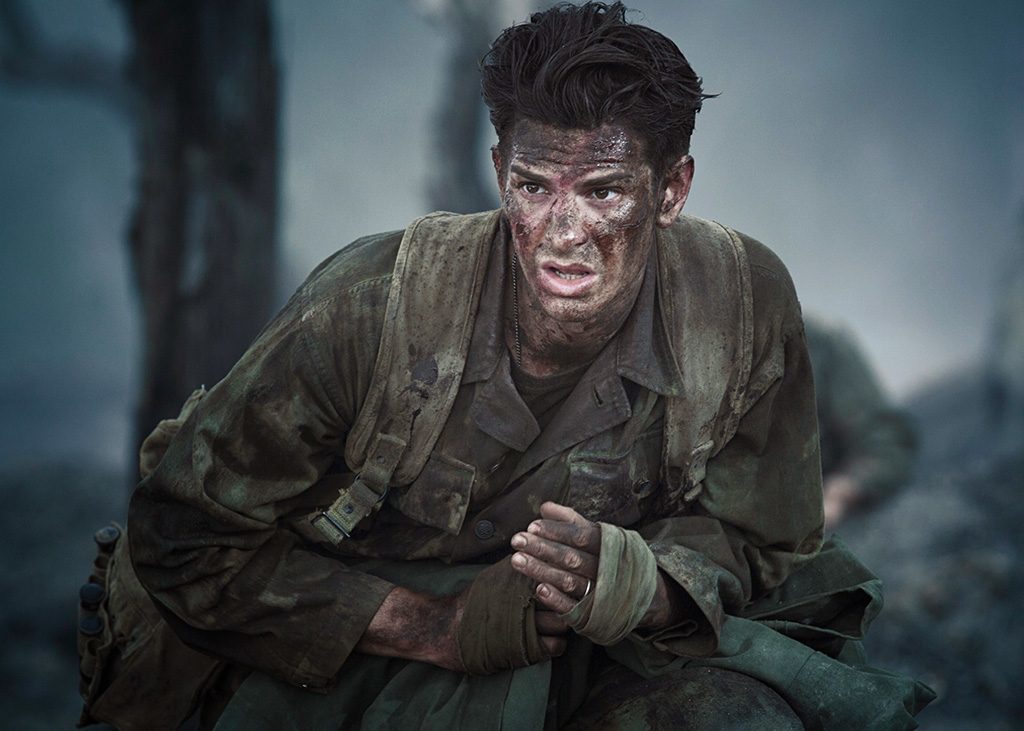 The supporting cast is just as good. Teresa Palmer, who plays Dorothy Schutte, is Doss’ love interest and future wife. Palmer makes Schutte’s very complex mix of pain strength look effortless, as she deals with her husband heading to war, and the fortitude she exudes when letting him go. Vince Vaughn is seen in his first serious role in a long time. He plays the headstrong but secretly compassionate Sergeant Howell. A man many would feel uneasy about if a different actor was cast. Sam Worthington turns a one note character into the three dimensional human Captain Glover was. Despite hailing from Australia, he pulls off a great American accent. Rising star Luke Bracey plays Smitty, a man who starts out as Doss’ antagonist when in training, but quickly becomes a close friend in battle.

There’s so much to a person’s life, regardless of what they choose to do with it. This is why so many film scripts fail today. Usually, there’s not enough care and attention to the important aspects of a person’s life. But Andrew Knight and Robert Schenkkan have taken great care and attention to Doss’ life. They have made sure to only include the defining moments as they relate to his time at the Battle of Okinawa. What’s impressive is that this two-and-a-half hour film doesn’t seem that long because the story is emotional and entertaining. That has a lot to do with the screenplay, but also the direction.

Mel Gibson has once again proven he’s a great director. With a subject like Doss there are many important moments excluding his time at war. Gibson could’ve easily made a war film, but instead he made a biographical drama that contains war scenes. Gibson knows it’s just as important to understand why Doss has his beliefs, as his time at war was. No matter what’s being shown on screen, it’s all aesthetically pleasing. Whether you’re watching two brothers fight in their front yard or you watch Doss lower injured soldiers from Hacksaw Ridge, there’s not an unnecessary moment in this film.

We may not want to see a film about war during a time when we can see a real one on television. But Hacksaw Ridge, however, takes a positive turn on war. As opposed to focusing on the gruesome and melancholy aspects of war, it beautifully captures a man whose goal is to save those injured in combat. Providing audiences with a refreshing positive perspective of war.