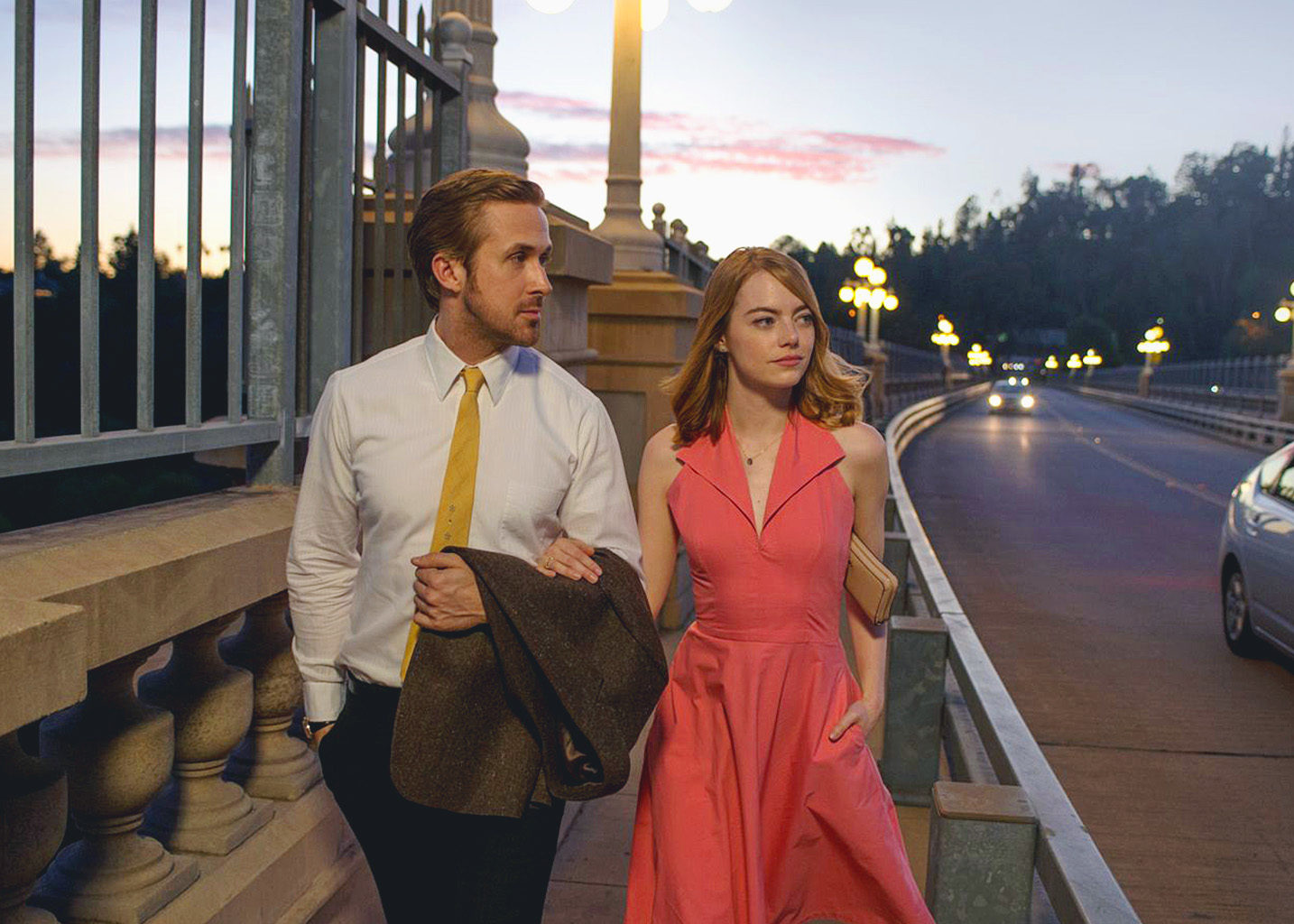 La La Land has it all: singing, dancing, comedy, drama and romance.

Mia (Emma Stone) is a struggling actress. Her life consists of running from her part-time job to auditions. Life hasn’t worked out the way she wanted it to. She thought she would’ve made it in L.A. by now, but she hasn’t. Sebastian (Ryan Gosling) is a down-on-his-luck jazz musician. He’s passionate about what he does. But, he’s focused on the jazz of the past. Thus, he can’t seem to fit into the evolving jazz music industry of the present. The film takes off when the two meet. Both passionate about their dreams, they fall for one another. Yet, those independent dreams begin to hinder their love affair.

The opening scene is done masterfully by director and writer Damien Chazelle. The opening shot plays on the studio-area spectacles of the past, and brings them into the 21st-century. The single continuous shot shows a traffic jam in L.A. that sets the scene as well as the tone for the film. All of the drivers in the cars get out and break into song and dance. The film shouts to the audience that this is a throwback to old-school Hollywood musicals and not what they’re used to seeing today. Thus, resulting in the audience immersing themselves in the film because there’s a complete suspension of disbelief from the beginning.

Chazelle doesn’t only shoot the opening scene this way. He continuously does it throughout. He’s constantly transitioning from small intimate scenes to big musical numbers. Sometimes this even happens within the same scene. This is a musical, but also so much more. There’s heart to the story. It’s a love affair between these two people, but also a love affair for them individually with their passion for their art. Chazelle uses his camera to illuminate the passion these two have for each other as well as for their dreams. This is further achieved through the stunning production. 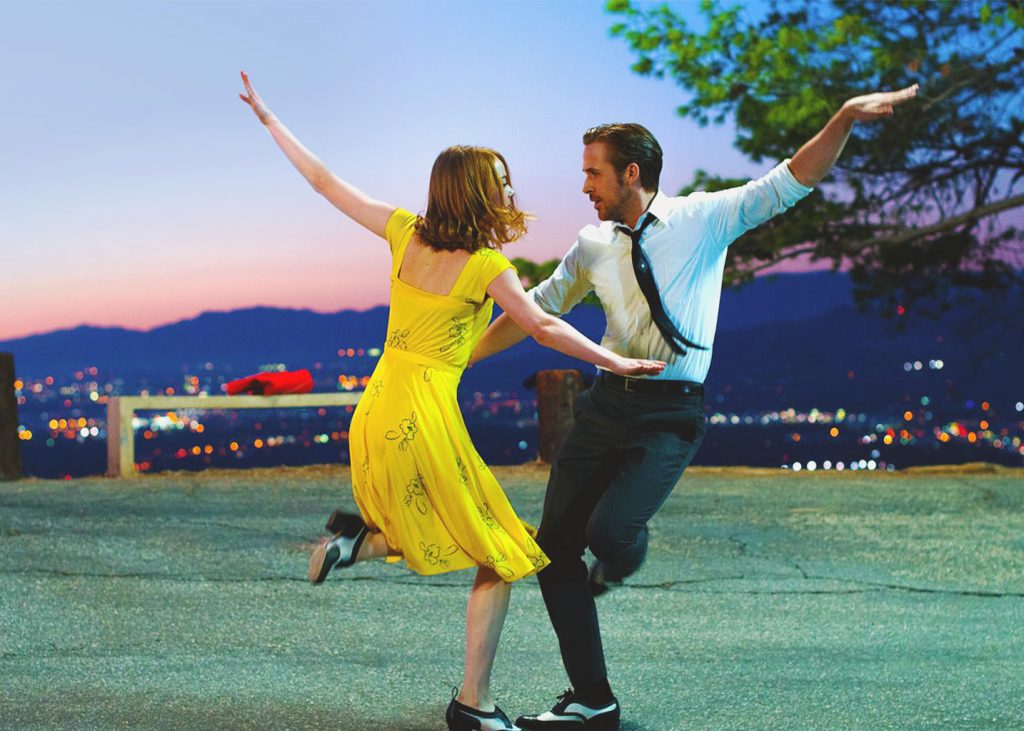 The cinematography is dazzling for the eyes. (Courtesy La La Land website)

The cinematography is gorgeous. The colour pallet used in each shot is dazzling to the eyes. The big musical numbers that happen are made even more beautiful because they’re filmed in a CinemaScope shot. Therefore, the entire frame of the scene is like candy for the eye. These shots are made even more beautiful by the lighting. For example, when Mia first sees Sebastien playing the piano, two spotlights shine on them. The rest of the bar goes dim, even the candles on the table. The lighting isn’t only beautiful, it’s used to say the words the characters are thinking. The sets remind you of an old Los Angeles. This is also seen when Mia and Sebastien are walking along the Hollywood Hills or along movie studio sets. The exterior shots are totally left behind and suddenly the two are singing and dancing on a fake set. Everything about the production pays homage to the musicals of the past, such as Singin’ in the Rain. They all come together effortlessly to make the audience transcend into that film-era.

Emma Stone is at her best as Mia. The transitions she uses for the character are smooth. There’s a scene in the film when she’s having a conversation with Gosling’s Sebastien. Out of nowhere, the two start tap dancing. Stone’s transition from subtle to theatrical in this scene is so effortless, that this major change in tone seems normal. She shines the most in scenes where Mia is auditioning for roles. The humour that she’s used in other films, such as Easy A, is at its best in these scenes. Yet, there’s also sadness. The audience laughs while she auditions because she is failing in a comedic way. But when Mia leaves the audition having failed, the audience feels sombre. This is due to the heartbreak that Stone carries in her eyes. Mia is a three-dimensional character that changes from the beginning to the middle and then again at the end. It’s a challenging role for anyone. It involves singing, dancing and a performance that needs to evolve throughout. The actor playing Mia needs a vast emotional range, and Stone achieves that – and much more. 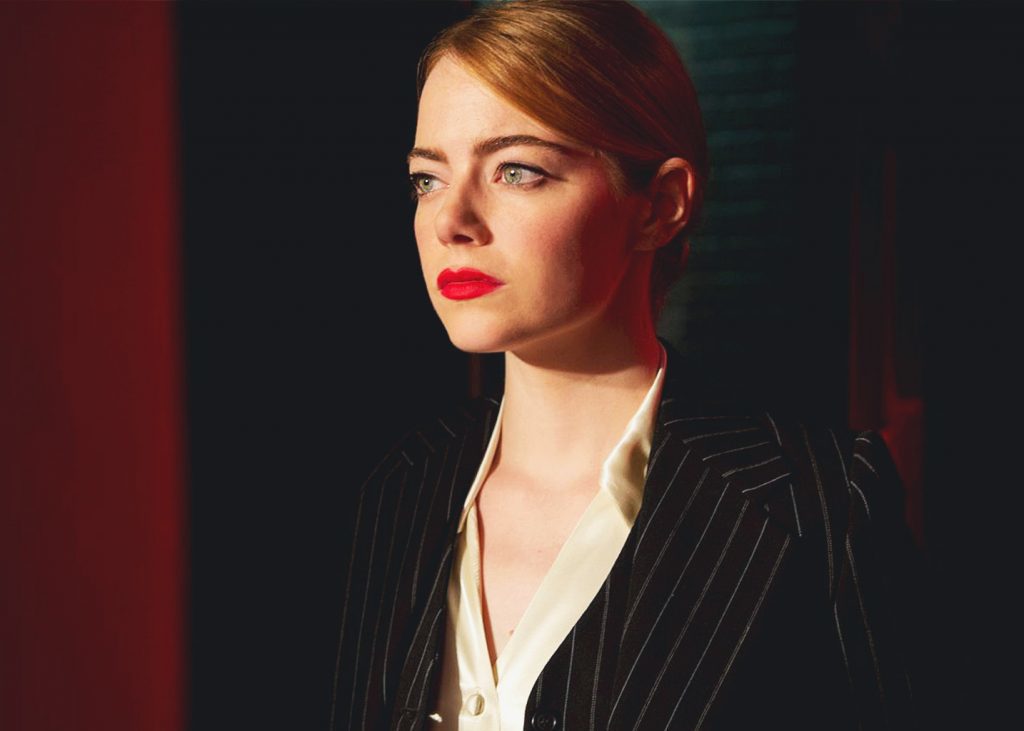 Ryan Gosling is in a role that he’s never played before. He uses the humor we’ve seen in The Nice Guys and the sadness we’ve seen in Blue Valentine to play Sebastian. Gosling plays a down-on-his-luck musician like it’s his autobiography. It’s a very honest performance done by an actor who isn’t struggling at all. The passion that Gosling plays Sebastien with is infectious. Throughout the film, fans of jazz and critics will be begging for more of it. All of that would fail if it wasn’t for Gosling’s performance. It’s clear that Gosling has a passion for jazz himself and that translates well to the screen, especially when he’s playing jazz on a piano. He also expresses humour and heartache wonderfully, and those emotions are expressed in a complex and human way. You feel as though you are watching a real jazz musician who can’t catch a break. 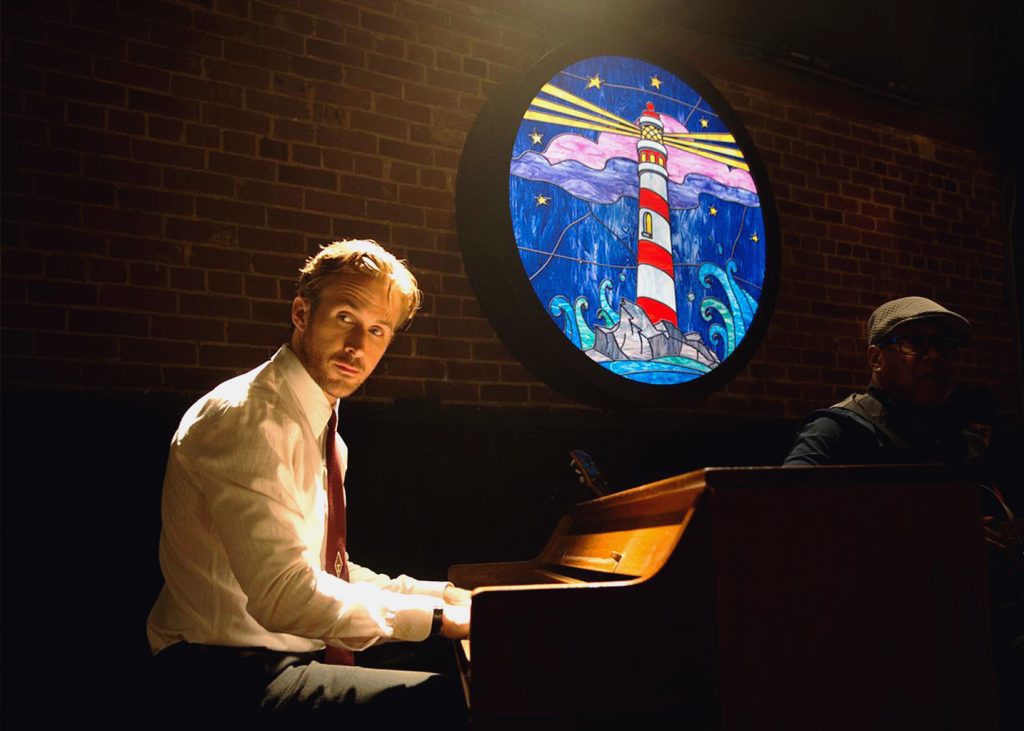 The two of them are magnetic together. The chemistry Stone and Gosling have is rare. We’ve seen this chemistry two times before, in Gangster Squad and Crazy, Stupid, Love. But, there is something about the two of them in La La Land that goes far beyond those two previous films. That comes down to the script. It’s strong in its story and characters. There’s a reason these two have come together and a reason they fell in love with the art forms they have. The most heartbreaking and honest scene in the entire film involves the two at dinner one night. They have an argument over something small. But because of the context behind the scene and the chemistry the two show throughout the film, it’s clear that this small argument is more than meets the eye. It’s a scene that anyone who has been in a relationship will recognize, regardless of the actual words being said. In that moment, the chemistry between Gosling and Stone is the most important it has ever been. It’s the most important scene in the entire film and the two execute it perfectly. 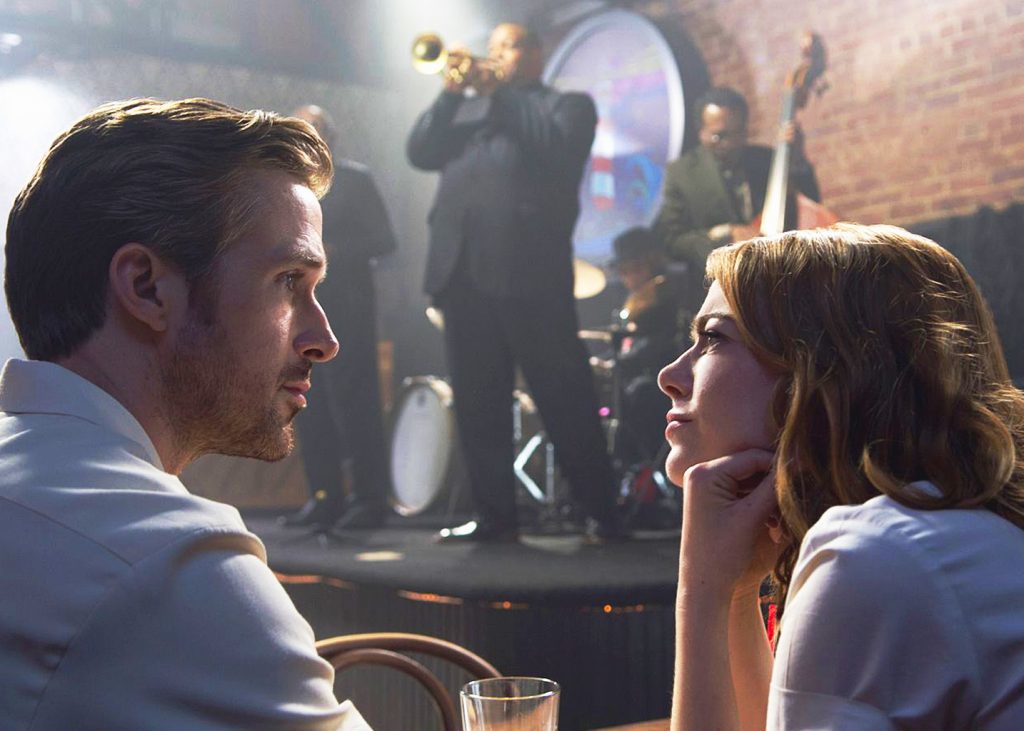 There are some scenes that go a little overboard. The beginning sequence could never prepare the audience for a couple of ‘out-of-this-world’ scenes. But those scenes are easily forgotten by the end because the story is so consuming.

Overall, La La Land is a near-perfect piece of art. It’s masterfully written and directed by Chazelle. He’s a very young filmmaker that will be around for years to come. The original songs performed by Gosling and Stone are written by Chazelle and his college roommate Justin Hurwitz.  They are catchy and move the story along. The cinematography is dazzling to the eyes. And the performances are perfect. It’s a throwback to the old-school musicals of the past and has a devastating ending. Yet, it’s still sure to leave audiences clicking their heels and singing on the way out of the cinema.

Stressed about exams? Here are some expert tips