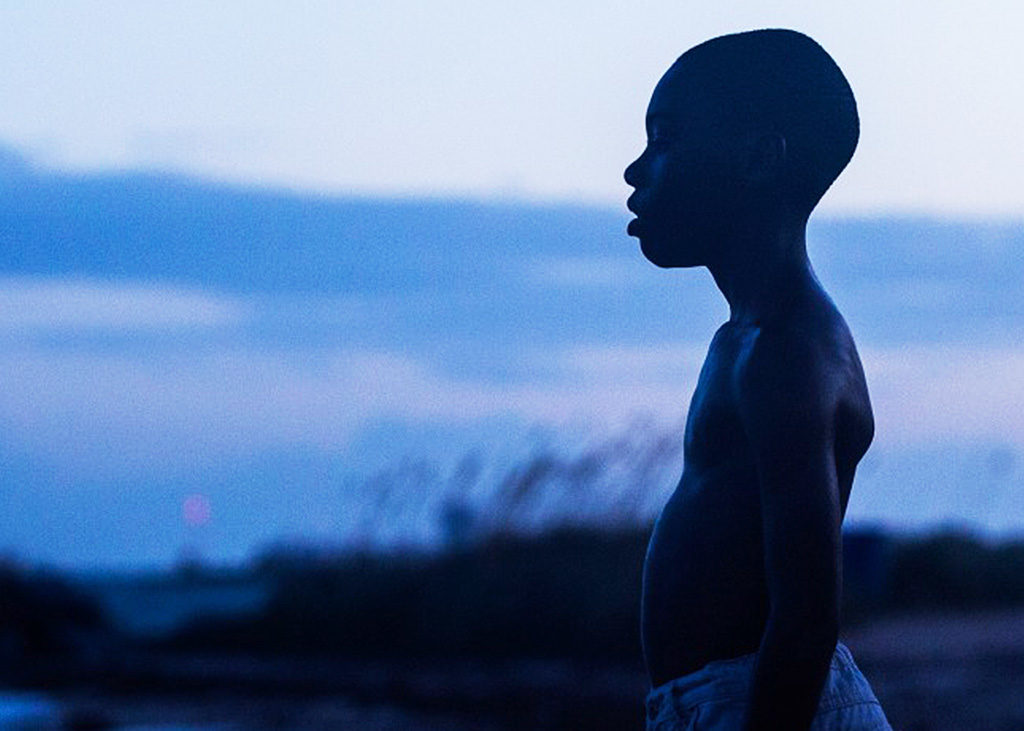 Moonlight tells the story of a black male during three stages in his life. (Courtesy A24)

The Toronto International Film Festival’s 2016 indie-hit is now ready to have its big weekend release.

Moonlight follows an African-American male, named Chiron, from his childhood to adulthood. It takes place in three acts. The first when he’s a child, the second as a teenager, and the third as the man he’s become. As a child living in a poor and tough Florida neighbourhood, Chiron has had to figure out ways to provide for himself. What shapes most of Chiron’s childhood is the lack of love he’s received from his mother. This is a result of her developing crack addiction which has consumed her life. He’s also severely bullied because he doesn’t fit into the trope of the tough black male. When he reaches high school he grasps the understanding of his mother’s addiction and his lack of familial love. He also begins developing feelings for one of his male friends. Yet, the stereotypical view of a masculine African-American seeps through the school system and makes it nearly impossible for Chiron to be who he is.

By the time the film catches up with him as an adult, he is unrecognizable. His physical appearance and the persona he puts on is that of the stereotype commonly seen in mainstream films. But, when he gets a call from an old friend, those layers begin peeling away and we see that he’s still looking for love and his place in the world. 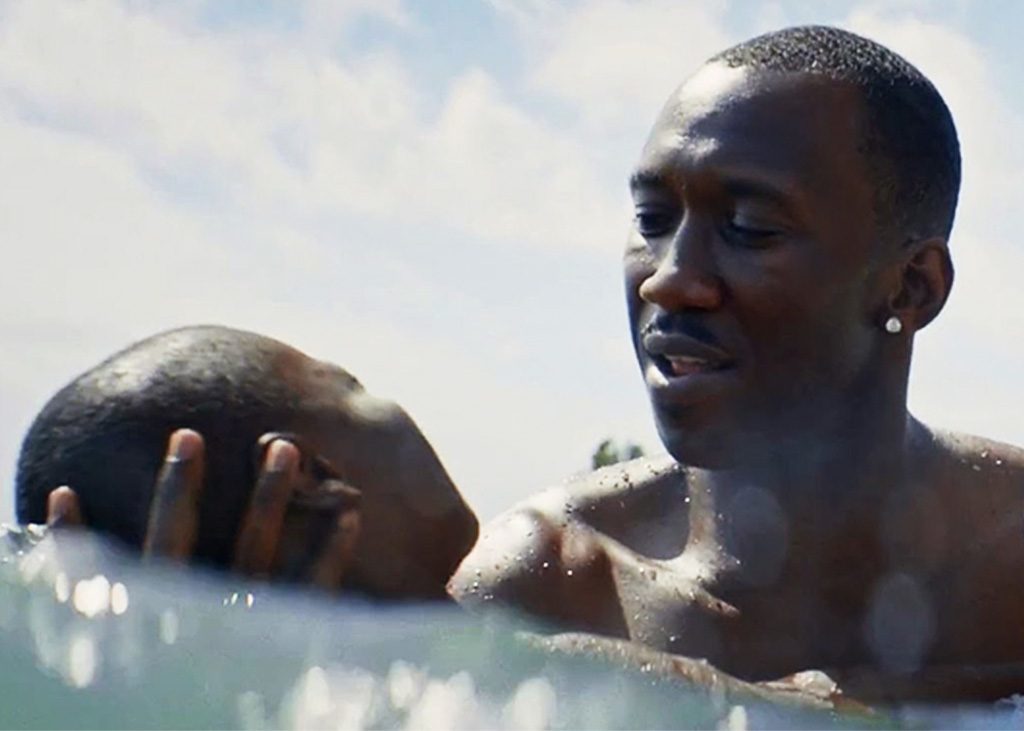 Barry Jenkins, the screenwriter and director, makes every single character three dimensional. This is something not often portrayed in cinema when it comes to characters of colour. Jenkins’ breaks down the stereotypes that are found in films by applying them to the characters. In doing so, he shows an accurate depiction of what its like to be human, regardless of race and gender. He also gives enough time in between heavy topics for the audience to process what they’ve witnessed. If this film was made by any other director, it may have failed. But because of the care Jenkins has for the characters and story, we are given an accurate depiction of the current human condition.

Mahershala Ali, who plays drug dealer Juan, could have easily been the one-dimensional character we often see. Instead, Ali breathes empathy and humour into him that shows he is so much more than the profession he chose. When young Chiron is being bullied by other children, Juan takes him into his home to give him food. He continues to be the only father figure Chiron has his entire life. 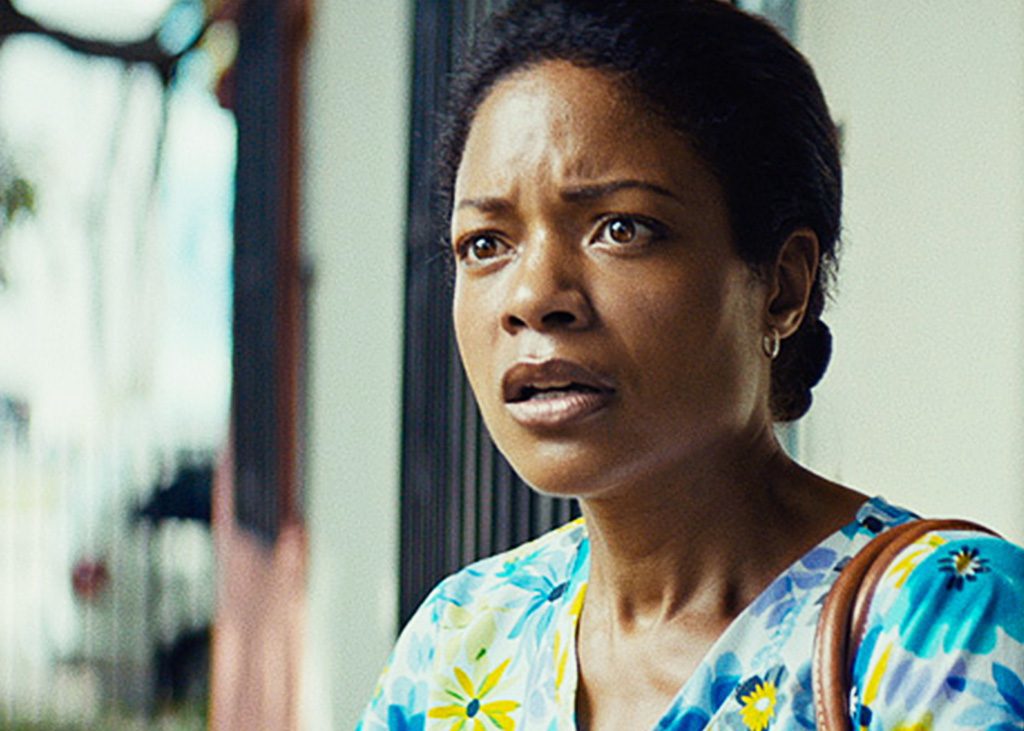 Naomi Harris plays a crack-addicted mother in Moonlight. (Courtesy A24)

Naomi Harris, who plays Chiron’s mother, Paula, is the most stereotypical character in the film. Harris performs Paula with such pain and humanity that it’s hard to hate her. You see the hurt she feels and the love she has for her son. Her drug addiction consumes and blinds her from the love she is expected to give her son. At the end of the film, there is a beautifully crafted scene between Paula and adult Chiron that will leave no eye dry among the audience. It will come as a shock if Harris doesn’t get nominated this awards season.

Ultimately, Moonlight is a film that addresses the issues surrounding race and gender head on. The film asks important questions about what masculinity is and what it means to be African-American. It also has an all African-American cast but that doesn’t mean it’s only for African-Americans. This is a comment I have heard very often, and it simply isn’t true. It’s a film for audiences of all colours and genders because it carries the universal themes of love and acceptance. We all go through the same hardships in life, and ultimately we all want to be loved. It comes to the conclusion that the media and society have crafted these binaries that people need to fit in to. But what we are all missing out on is becoming who we want to be. The most important thing in life is being who you are, finding our place in the world, and finding love.

Moonlight will open at the TIFF Bell Lightbox and Varsity cinemas on Oct. 28.

RyersonianTV: October 28, 2016 – Car crash in Don river, Calais camp in flames and a Trumped up Halloween