Finding a winning formula for male athlete of the year

For 26 years, every male athlete of the year at Ryerson has played soccer, basketball or volleyball. Stuart Duncan, a squash player, was the last to win the award outside of the three sports back in 1990.

Ryerson currently has six sports to choose from when it comes to picking a winner, with nominees selected by each team’s head coach. Criteria for selecting a winner is based on individual performance and team success.

“Some sports are more visible than others based on the length of their seasons,” Nick Asquini, Ryerson’s varsity operations co-ordinator, said. “In basketball, players have 20 plus games to showcase themselves, whereas in badminton you might only have one provincial tournament.” 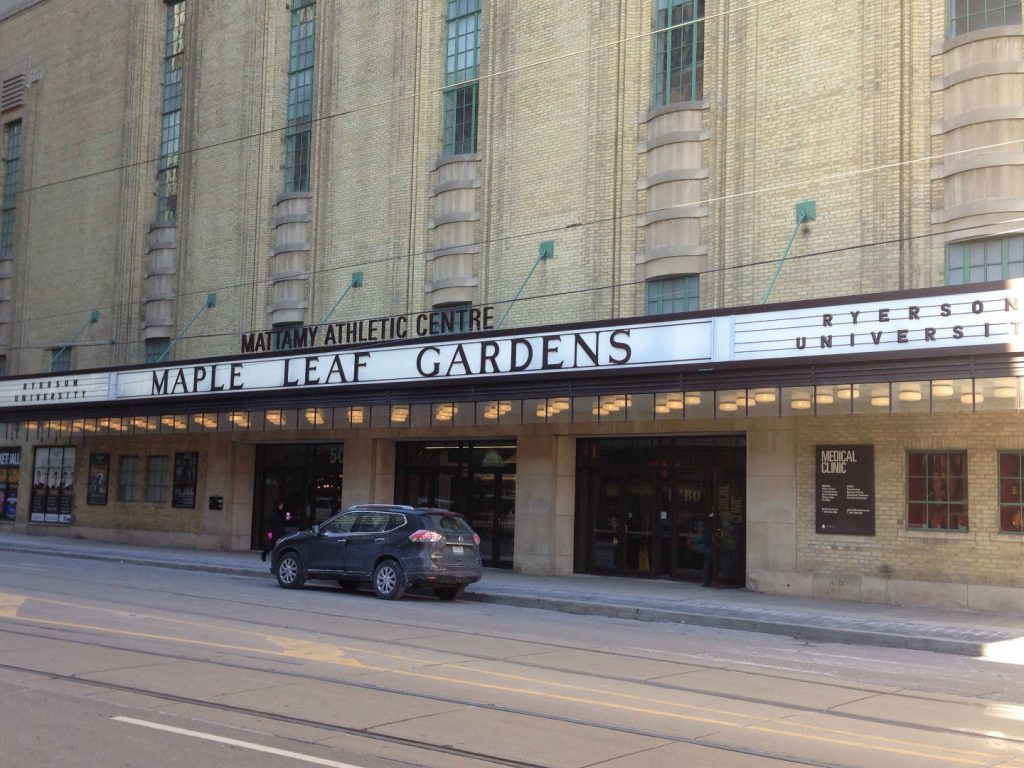 Since 1990, most awards have been given to the most outstanding player on a winning team. Exceptions, however, have been made. Such as in the case of Boris Backovic who won the award in back-to-back years, despite playing on middle-of-the-pack basketball teams. Backovic was able to make his case based on stellar individual numbers, after leading the Ontario University Athletic (OUA) conference in points both years, as well as becoming Ryerson’s all-time leading scorer.

“It’s not a point to select from only the sports of basketball, volleyball and soccer,” Andre Elliott, Ryerson sports information specialist, said. “It’s that those are the teams that have had the most success in the recent past at Ryerson, so generally speaking one of those athletes is going to have the best resumé to win.”

Of the six teams eligible to nominate athletes for the award, four are U Sports recognized, with the other two being OUA teams. Hockey is the only U Sports team to not have a player win the award over the 25-year span, much of which can be attributed to poor seasons. The difference between the two leagues is that U Sports teams are funded for an entire season, in which they compete for a national championship, while OUA teams are just supported for one provincial tournament. In the case of Ryerson’s two OUA teams, fencing and badminton, the opportunity to win the award just isn’t the same.

“As an OUA team being recognized can be tough, especially when the U Sports teams have posters of themselves going up before games,” Allan Zhu, Ryerson badminton captain, said. “The U Sports teams are very well connected and can depend on designated practice times and training at the Mattamy Athletic Centre (MAC), while we are struggling to get gym time at Kerr Hall.”

Dayvon Reid, a former badminton player at Ryerson, last competed for the team three years ago. In his two years competing for Ryerson, Reid won two OUA bronze medals, while being named team MVP both years. Reid also represented team Jamaica in the 2015 Toronto Pan Am games, while enrolled at Ryerson. Despite his success in the sport, Reid failed to be named a finalist for the award in either of his two seasons.

Part of the funding provided to U Sports teams includes money that can be used toward athlete scholarships. The funds for these scholarships allows U Sports clubs to select their athletes via recruitment, rather than having to rely on choosing players from open tryouts. Badminton and fencing don’t have the same luxury.

“All the U Sports teams are based where almost each athlete is on the same level and can support each other, while the OUA isn’t,” Zhu said. “If an OUA athlete were to win they would have to carry an entire team to a championship, which isn’t possible the way the OUA championship is set up.”

The Ryerson athletic award ceremony is set to take place in early April, with hockey posed to make a strong run at breaking the streak. The team is having its best season of all time, with two of their players ranking in the top of the nation in both goals and points.

If hockey is unable to have a player win the honour, it could very well be another season of basketball, volleyball and soccer staying on top.

The 3D printers are finally here!