Frustrated with your job? Raise your concerns at the Good Jobs Summit (Courtesy of Unifor)

Students will be given a national platform on which to voice their employment concerns at this weekend’s inaugural Good Jobs Summit.

The summit will run from Oct. 3 to 5 at the Ted Rogers school of management and the Mattamy Athletic Centre.

The free event will bring together unions, businesses, students, community groups and government representatives for a national discussion about jobs and the economy.

The summit is open to the public and organizers say that the perspectives and input of young people and students will be of utmost importance.

“I think that young people really do have an important voice to raise in this question,” said Angelo DiCaro, a national research representative for Unifor National, Canada’s largest private-sector union.

DiCaro will be an emcee at the summit.

“The challenges that we see now are simply exacerbated for people who are younger, coming out of school. There aren’t as many opportunities to get into good jobs as there were,” he said.

“It’s something that we need to talk about as youths and students.”

Day 1 of the three-day summit will consist of a research symposium and a “good jobs debate.”

Among those who will deliver opening remarks are Hoilett and Ryerson president Sheldon Levy.

On Saturday, there will be guest speakers and workshops along with small-group and panel discussions.

DiCaro said that the goal is to engage attendees.

“We want to hear ideas, we want to put solutions on the table,” he said.

“All of those (ideas) are going to be recorded … and they’re going to inform how we actually move forward. So this is absolutely a participant-driven process.”

He said he hopes that participants will seize the opportunity to learn from others’ experiences.

“I think it’s important for people who come from different walks of life, work in very different occupations, different sectors, to hear from one another,” he said.

On Sunday, the summit will conclude with an “action plan town hall,” according to the event website.

The Good Jobs Summit was conceived of and initiated by Unifor.

Other organizations that have partnered with Unifor to organize the event are the Canadian Federation of Students, the Canadian Centre for Policy Alternatives and two Ryerson-run groups: the CAW-Sam Gindin Chair in Social Justice and Democracy and the Centre for Labour Management Relations.

DiCaro said the decision to team up with Ryerson was a “no-brainer.”

“Ryerson is one of those universities that is known for its really vibrant student culture. There’s an activist culture at Ryerson.”

He said that it’s “not a coincidence” that the summit will take place right before Ryerson’s Social Justice Week, which runs from Oct. 6-10.

DiCaro said he hopes the event will lead to smaller, regional summits, and that it will inspire further national dialogue on issues pertaining to employment.

“We need economic security. We need healthier communities. And this conversation is the first step to getting to that end.”

To register for the summit and to find out more, visit www.goodjobssummit.ca

This article originally appeared in print on Wednesday, October 1, 2014. 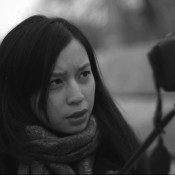