BREAKING NEWS
RSU lays off the majority of its equity service centre staff during COVID-19...
Midwives stepping up to increase health-care system’s capacity in the face of COVID-19
Students and employers adjusting to on-campus job changes
Death and burial during COVID-19
Four people share their working from home routine
educationNewsTopTop stories

In a historic moment for Ontario, Dyane Adam signed papers on Wednesday guaranteeing federal and provincial funding for the province’s first French-language university.

L’Université de L’Ontario français will open its doors in September 2021 in Toronto, with funding from the federal and provincial government for its first eight years.

Adam, Canada’s former commissioner of official languages, has been appointed the first president of the university.

The university will be accepting 1,000 students into its facility, located at 9 Lower Jarvis St., in September of next year.

The university’s official website says that there may be a possibility of online learning for students interested in distance education.

With over 622,000 francophone people living in Ontario, L’Université de L’Ontario français will provide a space for French-speaking people to pursue post-secondary education in their first language.

Another failure of the Doug Ford government.

Making up almost five per cent of the population, francophone people in Ontario are more likely to hold an apprenticeship or trade certificate as opposed to a university degree, according to provincial statistics.

There are currently two francophone colleges in Ontario: Collège Boréal in Sudbury and La Cité in Ottawa and Alfred, but no universities.

With the city’s growing French population, L’Université de L’Ontario français will be a welcome “nouvelle” addition to Toronto. 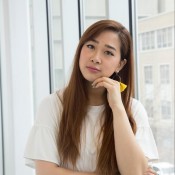