Situated in the heart of Toronto, Ryerson students are often steps away from some of the city’s latest downtown additions. From big department store openings to the repurposing of existing urban spaces, students will soon have plenty of new places in which to stroll, eat and shop.

The World’s Biggest Bookstore, which once sat on Edward Street beside the BMV, has been demolished. The bookstore is being replaced with a strip of four restaurants, providing alternatives for students who can’t stomach any more Salad King or Urban Eatery offerings.

The World’s Biggest Bookstore, which used to be beside the BMV, will house restaurants. (Ashani Jodha/Ryersonian Staff)

Nordstrom will take the place – and space – of the Eaton Centre’s long gone Sears.  Arriving in Canada on the tails of Target’s departure, the U.S. department store giant is the latest American retailer hoping to find success north of the border. However, given the central downtown location, Nordstrom may have better luck. There will also be extra room for other retailers to move into the large space, creating even more shopping opportunities for students.

If Nordstrom wasn’t enough, the Eaton Centre’s acquisition of upscale American department store Saks Fifth Avenue stands to be its largest expansion project yet, according to John Sullivan, Cadillac Fairview president and CEO, in a recent interview with The Toronto Star. Soon to be situated alongside The Bay on Queen Street, students can expect a variety of food options within the retail location, a new concept that according to the Star, hasn’t yet reached American locations.

The amusement park, which the Government of Ontario closed down in 2012, will be reopening in 2017, complete with a facelift. The province has shared that it will become a “year-round, vibrant waterfront destination.” Think of the Instagram opportunities. The redesigned area will include parks, trails and shopping promenades.

O’Keefe Lane is expected get a makeover in the next few years. Downtown Yonge BIA’s Mark Garner has plans to revitalize the alleyway into a pedestrian-friendly zone, equipped with coffee shops, restaurants and seating space. Since a portion of the longest laneway in the downtown core collides with Ryerson’s campus, future students can anticipate a new place to explore. 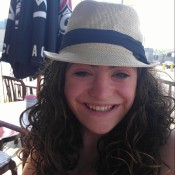