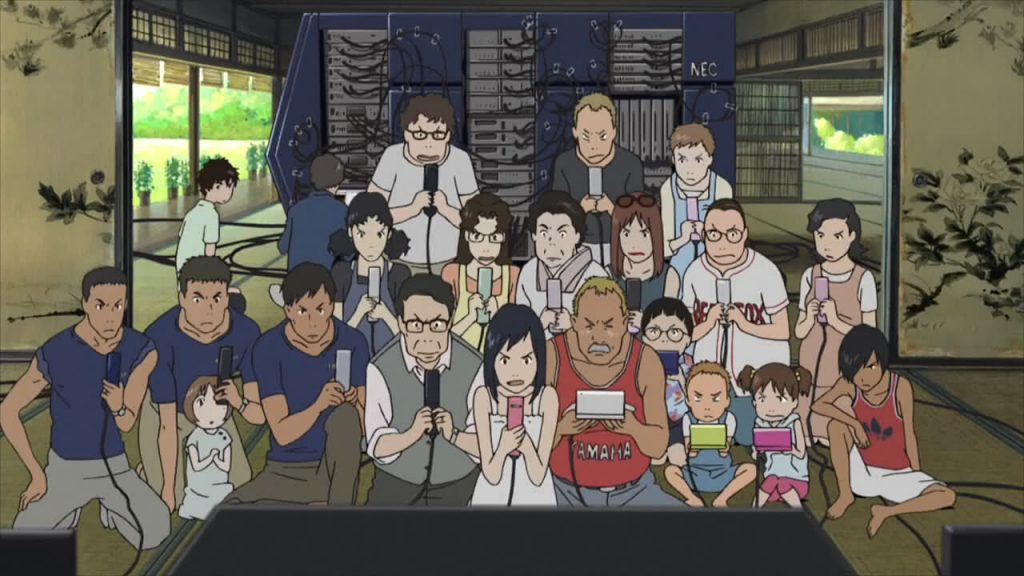 Anime has been in the news a lot lately, between numerous big-name celebrities (including Kim Kardashian and Michael B. Jordan) professing their love for it and the huge conventions that continue to grow in size every year. Japanese animation is often snubbed the recognition it deserves in the West; hardly ever being nominated for major awards, let alone winning them, despite critical acclaim. As a result, there aren’t too many anime films that are as well-known as most North American contemporaries.

Let’s lay down some ground rules for this list: we’ll avoid Hayao Miyazaki films, because as talented a director as he is, most of his works managed to garner some degree of public appreciation. Additionally, this list will shy away from any film that requires prior knowledge of a franchise or series to enjoy, so that you can dive into any of them regardless of your familiarity with anime. With that said, here are five incredible anime films that you absolutely cannot miss. 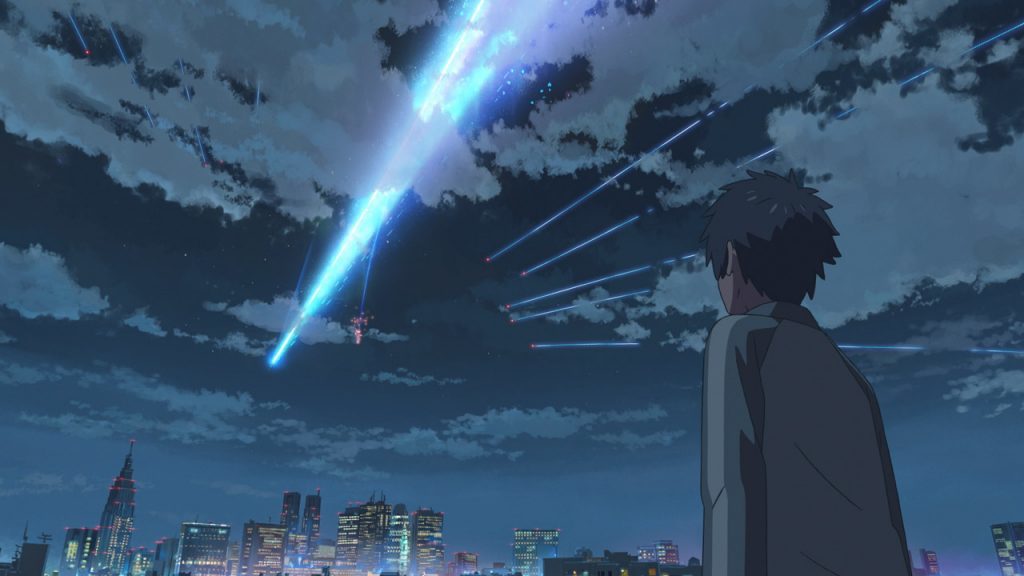 Two high school students, city boy Taki and country girl Mitsuha, find themselves caught up in a supernatural caper when they begin intermittently swapping bodies, Freaky Friday-style. As they are forced to live each others’ lives, the pair fall for each other and become determined to finally meet in person.

Your Name could be the textbook definition of the phrase “instant classic.” The gorgeous animation, incredible soundtrack and moving story rapidly endeared it to audiences around the world. A highly successful theatre run and international acclaim have earned it the status of “highest-grossing anime film of all time” and, despite being snubbed for an Oscar, it managed to pick up multiple awards even in the infamously Disney-centric North American film circuit.

The film contains a big twist that you definitely don’t want to spoil beforehand, so do yourself a favour and check this one out as soon as you can (preferably on the biggest screen you can find). Even if you’re not sold on the plot or characters, the literally breathtaking animation is still more than worth the price of admission. 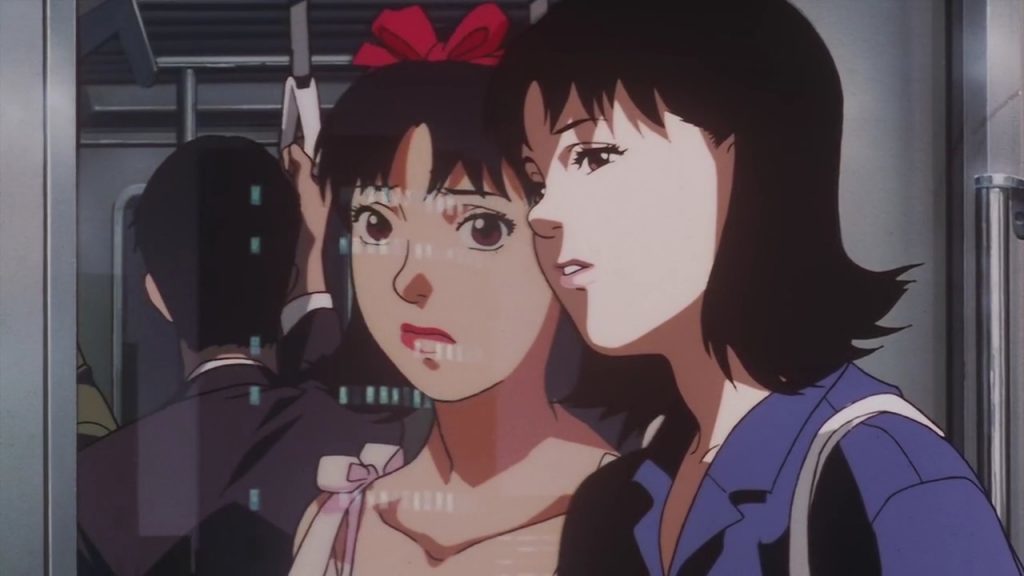 “Psychological thriller” probably isn’t the first genre to come to mind when one thinks about animated features, yet visionary and tragically departed director Satoshi Kon managed to take brilliant advantage of the medium by crafting Perfect Blue, a film as beautiful as it is horrifying.

The plot follows singer Mima Kirigoe, who faces criticism and abuse from her fans as she attempts to transition careers from musician to actress.

As she struggles to climb the ladder of show business, she’s met with mounting stress, increasingly-troubling demands and even a covetous stalker whose obsession with Mima’s pop idol persona drives him to commit monstrous acts. The constant trauma eats away at Mima’s ability to distinguish her work from reality, kicking off a mind-bending trip through her shattered psyche that’ll have viewers questioning their own understanding of what’s real.

Perfect Blue is a groundbreaking achievement in both animation and nontraditional narrative storytelling, and its thumbprint upon cinema can be seen in such big-name films as Darren Aronofsky’s Black Swan. The film distinguishes itself from other intentionally-confusing works (such as Enemy from last week’s list) by leveraging its tenuous relationship with reality and linearity to terrifying effect, using the viewer’s own confusion as a tool to shock and disturb. It’s a must-see for any fans of psychological or crime thrillers.

Some films have trouble balancing eyecandy and genuine emotional beats, but Summer Wars, the second original film from Mamoru Hosoda, manages to juggle the two with ease. The plot swaps between family drama and slick cyberspace action from scene-to-scene, grounded by a simple yet creative premise: in the near-future, where virtually every facet of daily life has been digitized into an enormous online platform known as OZ, a rogue AI released by the hapless protagonist threatens to bring society to its knees.

While it’s a bit more fantastical than most of the other films on this list, Summer Wars still offers an exciting, engaging experience for viewers of all ages. It’s the rare sci-fi action film that doesn’t sacrifice its emotional complexity, too. Be prepared to cry at more than one point. It’s fun, it’s silly, it’s tense, it’s tragic and it’s great. 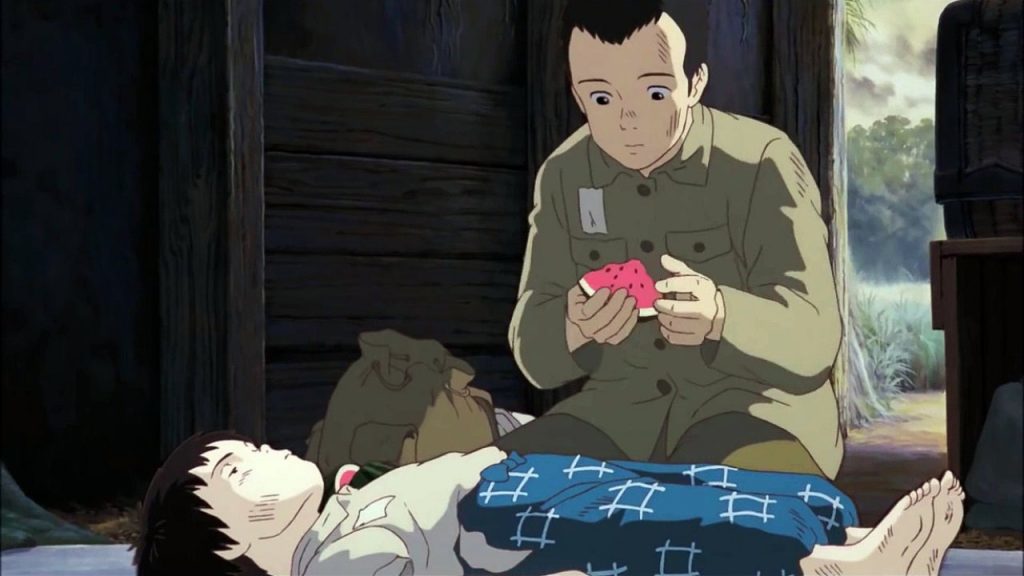 Still from Grave of the Fireflies, dir. dir. Isao Takahata

Speaking of crying, if you don’t end your viewing of Grave of the Fireflies choking back tears, then you’re a filthy, filthy liar. Taking place during the final months of World War II in Japan, the film follows siblings Seita and Setsuko as they’re forced to survive on their own after losing their home and their mother in an American fire bomb raid. What ensues is a heartbreaking, soul-draining, gut-punching exploration of the repercussions of total war, as well as society’s failure at its most important function: protecting its own people.

Legendary film critic Roger Ebert considers Grave of the Fireflies to be one of the greatest films of all time, and with good reason: the ease with which this movie toys with your emotions as it gradually unfolds its inevitably tragic tale will frustrate and amaze even the most stoic of viewers. It earns its spot on multiple “saddest movies of all time” lists without question.

There’s not much else to say, really: Grave of the Fireflies’ strength as a film will be immediately apparent to all who watch it. It’s a film that manages to be tragic without descending into schmaltz or seeming manipulative; it’s nothing if not genuine, moving and heartfelt. 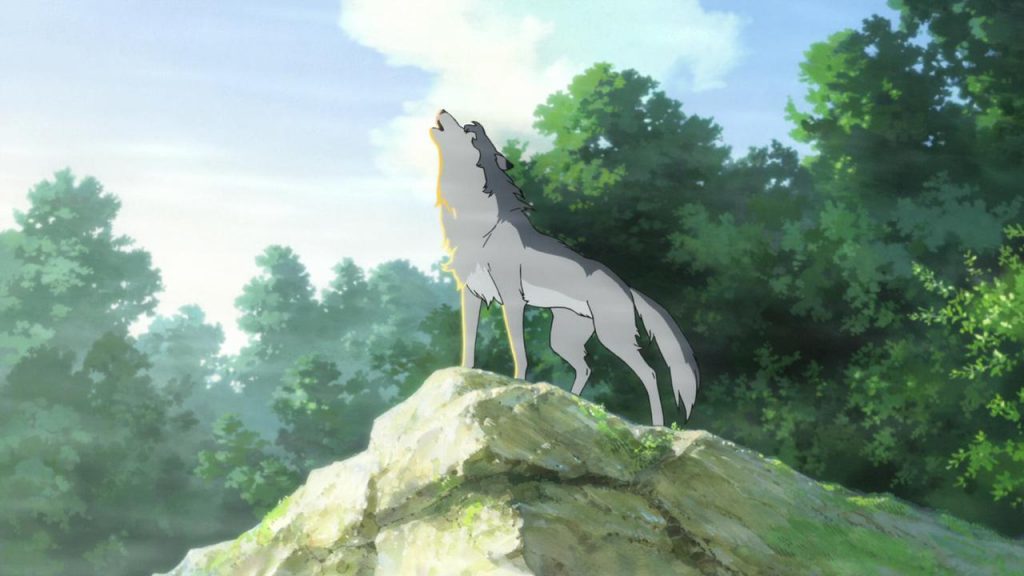 Capping off the list is another Hosoda masterpiece, but Wolf Children is a stark contrast from Summer Wars. It maintains the family drama that made Summer Wars so compelling, but dumps the action and sci-fi slant in exchange for a slow-burn story about the very real societal issues of parenthood, dysfunctional relationships, and the complex emotional tug-of-war between parents and their children.

As the name suggests, Wolf Children centers on Hana, a college student who is left raising two half-lupine offspring on her own after their father is killed in a tragic accident. The rest of the film proceeds from there, depicting Hana’s struggles in adapting to life as a single mother trying her best to bring the kids up right while hiding their supernatural nature from the world. What starts as a literal fairytale romance is shattered by the harsh realities of modern society and the borderline-cruel expectations placed on single parents even without the added stress inherent in mothering temperamental beast-children.

Despite its fantasy trappings, Hosoda’s empathetic direction makes Wolf Children endlessly relatable regardless of whether you identify with the frazzled Hana or her conflicted, freedom-seeking kids. The film’s emotional beats may tread familiar territory, but every interfamilial argument and additional stressor placed on Hana feels like a spike to the heart. And that’s not even getting into the animation, which has been universally praised for its seamless blend of cartoonish designs and realistic environments, the likes of which few films can hope to match. It’s a movie that’s on-par with Disney’s best in the realm of all-ages entertainment, and if you have even a passing interest in any of the subject matter you owe it to yourself to check it out.