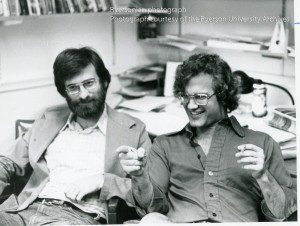 Ryerson University is looking to pay tribute to the late Jack Layton by inspiring youth to follow in his footsteps.

According to politics professor and Jack Layton chair, Myer Siemiatycki, the school will launch a new young activism program this summer aimed at encouraging youth to take on leadership roles in politics and their community.

Layton, a former NDP leader, began teaching politics at Ryerson in 1974 before he was elected to Toronto city council in 1982. He also founded the White Ribbon Campaign, an organization aimed at ending violence against women, with a chapter at Ryerson.

While Ryerson has yet to determine exactly how the program will run, Siemiatycki suggested it could be open to a range of ages and last for a period as short as two weeks. It will seek funding from within the university and from external donors.

“The idea is that we would identify young people that have already shown some active role in some aspect of community or political participation and we would bring them to Ryerson and present them with a combination of knowledge building and skill building,“ he said. “If we are really, really lucky maybe we even produce the next Jack Layton.

According to Siemiatycki, the idea for the program came to him last year when he was rereading Layton’s final letter to Canadians, penned shortly before his 2011 death.

“In that letter, Jack made special emphasis of a tribute he wanted to convey to young Canadians,” he said. “He particularly commended their sense of commitment and values and their desire to be involved in the political process and make change so immodestly, so the idea came to me that this would be a perfect legacy initiative.”

When he approached Layton’s widow Olivia Chow with the idea, he said she was “very enthusiastic.”

“Olivia is one person we may reach out to be part of the teaching and inspiring side of delivering this initiative, as will a lot of other people,” he said.

Though the school has already honoured Layton by creating a book club, chair position and annual lecture in his name, Siemiatycki said the activist program is “the kind of thing Jack would have loved.”

In 2007, when Layton returned to the school for the 45th anniversary of the public administration program, he said, “teaching at Ryerson is among the happiest times of my life. I’m a big believer in Ryerson. I love the connection teachers have with students, who are connected to the community.”

Cathy Crowe agrees. The street-nurse-turned-visiting-practitioner at Ryerson has been enlisted by the school to contribute to the program. Though the pair met in 1987, she worked closely with Layton to find housing for the homeless displaced from Tent City in 2002.

She hopes students who become involved in the program develop the same tenacity that Layton had.

“He valued and he so respected youth. It wasn’t a token thing,” she said. “Some people at the age of 60 don’t get old. Sure they look old and have more wrinkles around their eyes, but in their spirit they’re still energetic and young and I think he was like that and young people responded to that.” 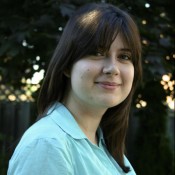