One of Canada’s leading sports professionals, Tom Anselmi has been appointed a distinguished visiting professor at Ted Rogers School of Management (TRSM).

His main goal at Ryerson is to help lay the groundwork for developing an MBA program in sports management.

He said that while there’s a lot more education in it now than there was even five years ago, there is still room for improvement.

Anselmi brings over 25 years of experience in the sports and entertainment business, including 15 years with Maple Leaf Sports and Entertainment (MLSE). For part of this time he was acting COO overseeing Toronto’s top sports teams like the Leafs, Raptors and TFC.

He will be working closely and co-teaching an MBA course with Cheri Bradish, the Loretta Rogers chair in sport marketing at TRSM.

“There’s just a lot in the plus column for why it, you know, it makes sense for us,” Bradish said of the collaboration with Anselmi.

She added that he is very well-liked and respected by many in the sports and business industries.

“That goodwill that he has with so many people, we’re going to hopefully be able to benefit from some of that. He seems to be very excited at the opportunity so hopefully it makes sense for him too.”

Steven Murphy, the dean of TRSM, said in a university press release that Anselmi will “propel our TRSM sports marketing endeavours to the next level.”

Anselmi said in an interview that the chance to raise the quality of sports business education in Toronto with an MBA is something that will be very interesting to be a part of.

Along with helping to develop this graduate-level program, Anselmi is also serving as a mentor for MBA students. And in addition to that, he will be bringing in professionals and other leaders in the industry to speak to students.

According to Bradish, Anselmi’s dedication to mentoring students is what makes his appointment as a visiting professor so worthwhile.

“(The question) really is, at the end of the day … is he going to work with the students and mentor them and really put them on a path once they leave Ryerson?” said Bradish.

“He’s obviously a strong ambassador for Ryerson, and that’s really important, that someone genuinely wants to move the dial at your school and in your program and make a difference.” 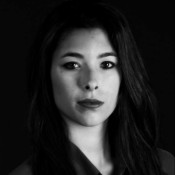 Kalia was the lineup editor at the Ryersonian. She is pursuing a career in sports broadcasting.

Kalia graduated from the Ryerson School of Journalism in 2015.

Kalia was the lineup editor at the Ryersonian. She is pursuing a career in sports broadcasting. Kalia graduated from the Ryerson School of Journalism in 2015.