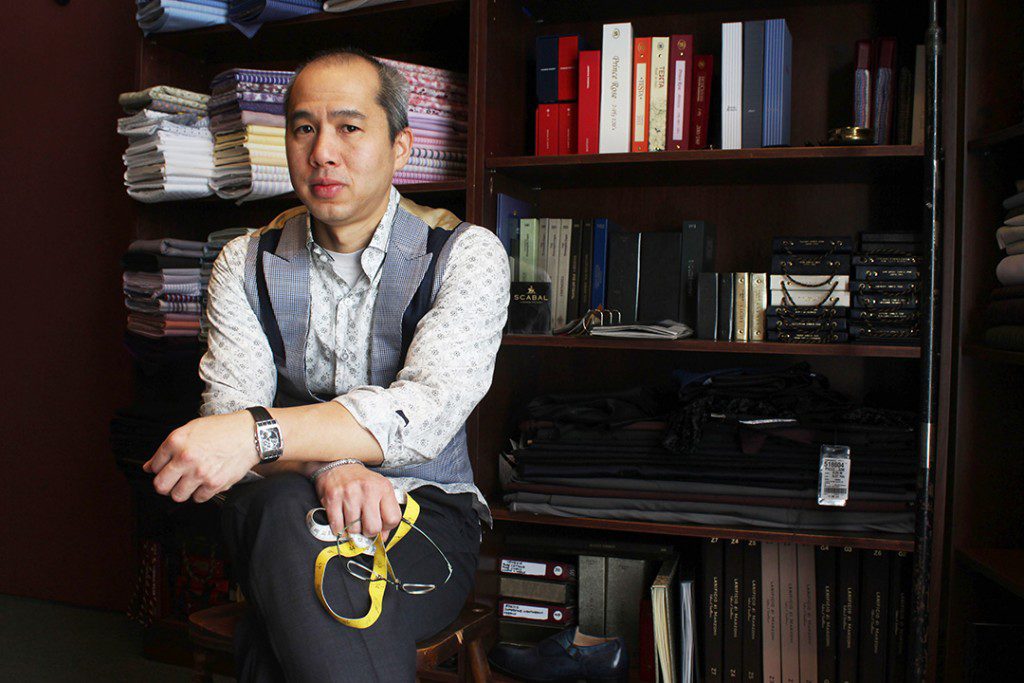 Don Fabien Lee at his studio in Toronto. (Courtesy of Vanessa Francone)

The focus of the Academy Awards is to recognize excellence in the world of cinema, but there is always one question asked on the red carpet — who are you wearing?

Ryerson fashion design graduate Don Fabien Lee’s name was one of those answers when the Academy Awards aired Sunday.

Lee’s work was seen at the 2016 Academy Awards, with nominee Stephan Moccio walking the carpet and taking the stage wearing Lee’s original design. Moccio was nominated for best song along with fellow Canadian The Weeknd, for their song Earned It, featured in the Fifty Shades of Grey franchise.

Moccio and Lee have always had a good relationship, which started when Lee created and designed Moccio’s suit for his wedding day.

“We first met when I was asked to make his wedding suit,” Lee said. “His wife heard about me from a mutual friend who was making her wedding dress. Since then our relationship has continued to grow with time.”

But the success of Moccio doesn’t come as a shock to Lee. According to the designer, “It is apparent that his work ethic and musical skills have taken him from local talent to international recognition,” Lee said.

“He lives in Los Angeles and it is very easy for him to turn to big fashion houses like Prada and Hugo to make him suits,” he said. “But the great thing about Stephan is that… he respects talent over fashion hierarchy.”

Lee manages the business Trend Custom Tailors, a Toronto-based tailoring house that is best known for creating custom tailored clothing, which was established in Toronto in 1972.

Lee’s passion for creating clothes that speak truth and showcase his identity is what makes him passionate about the evolving fashion industry.

Lee says that he wants to teach fashion students in the future, and is in talks with the Ryerson School of Fashion’s program director. He hopes to form a course upgrade for the fashion program, which will include a more tactile and hands on approach and further training in tailoring for the male clothing sector.

This article was published in the print edition of the Ryersonian on Mar. 2, 2016.