This version adds an infographic with facts on mumps.

There is now a fourth confirmed case of mumps at Ryerson, according to an email sent from Toronto Public Health to the Ryersonian.

This raises the city-wide total to 62 as of March 23. This is the highest number of reported cases since 2009, which saw a record-breaking 33 cases all year.

The Ryersonian previously reported on the first two cases of mumps on campus.

This outbreak is of particular interest to university students. These cases have been reported primarily in the 18 to 35 age bracket. This is, in part, because that age group is likely to be under-vaccinated.

There are two vaccines to protect against getting mumps. Both are given to children before they reach school age. The first is MMR (measles, mumps and rubella) and the second is MMRV (mumps, measles, rubella, and varicella). Receiving both of these vaccines is supposed to provide life-long protection. Those born between 1970 and 1992 are advised to check their vaccination records as they may have only received one of the vaccines. Anyone born prior to 1970 is assumed to be immune through natural infection.

Mumps causes flu-like symptoms, including headache, fever and fatigue, as well as swelling and pain in the salivary glands. It’s diagnosable from a blood, urine or swab test. The infection is passed from person to person through saliva. Sharing drinks, food or utensils, as well as coughing, sneezing or kissing are all ways that the viral infection can be spread.

According to Toronto Public Health, the infection is largely connected to west-end bars.

While rare, serious complications can arise from the mumps. These include swelling of the testicles or ovaries, infection in the brain or brain lining, pancreatitis and deafness. It’s best to see your doctor if you think you may be infected.

The university sent out a press release last Friday informing students, staff and faculty on how to protect themselves from the viral disease. 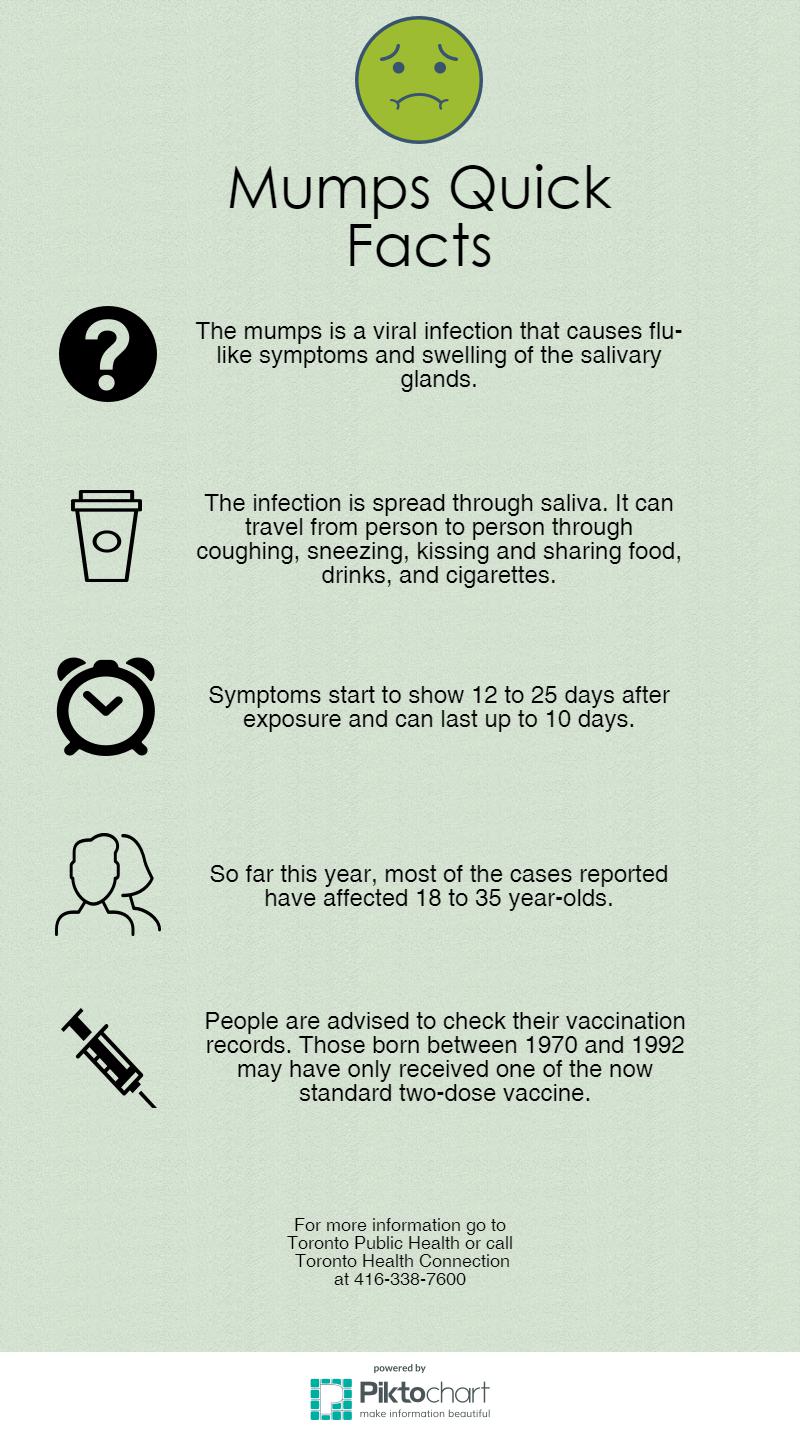