Free expression not a free-for-all 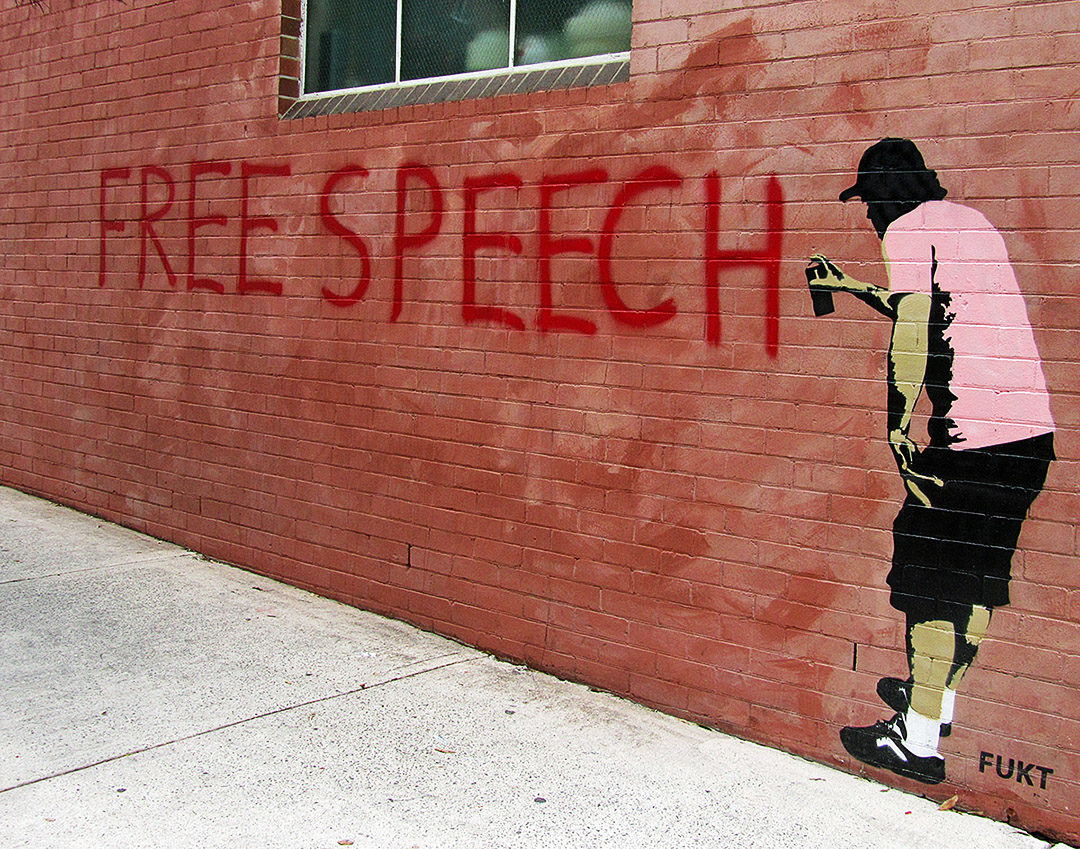 This past year has been a busy one in the debate over free speech on campus.

Between the denial of club status for controversial student groups such as men’s issues and anti-abortion, and the #IStandWithGilary (ISWG) posters that were torn down by current and incoming Ryerson Students’ Union (RSU) executives, free speech — or rather, who’s allowed to have it — has been a contentious topic.

The Ryersonian has covered these issues extensively, with multiple stories regarding each in print, online and broadcast. We’ve been aggressive in ensuring that dissenting opinions are given the opportunity to be shared with the student body.

We’ve covered them fairly. We’ve reported on them without bias and we’ve gone to great lengths to keep our personal opinions out of the news. We realize that the day we let our thoughts taint the way that you are able to formulate your own is the same day that we betray ourselves as a fair and responsible news organization.

Free speech on campus is and has continually been under attack by the RSU. It has used its policies and practices to censor students and inhibit the free exchange of ideas and opinions. As elected student representatives, this is the very thing they should be fighting to protect.

Every year, the Justice Centre for Constitutional Freedoms (JCCF) puts together an in-depth analysis on the state of free speech at 55 Canadian public universities. It grades both the policies and the practices of the universities, as well as their students’ unions.

This year, Ryerson landed two As and was named the second best university in Canada for free expression. Kudos to Ryerson. The RSU on the other hand, scored a D for policies and an F for practices, earning the title of the worst student union for free expression in all of Canada.

While the JCCF’s analysis is by no means an objective assessment, the RSU should still be embarrassed by its failing grade.

To make matters worse, Rabia Idrees, the RSU’s vice-president equity, stressed in her election platform in 2014 that she wanted to “work on improving the freedom of expression grade given by the RSU.”

It’s not like the RSU executives aren’t aware of these glaring policies. They are. They just aren’t fixing them. Even worse, they’re continuing to use them to silence other students.

Regardless of what anyone in the RSU personally thinks about an anti-abortion or men’s issues group, these individuals have a right to their own opinions, to free expression and to association under the Canadian Charter of Rights and Freedoms.

The RSU is supposed to be the representative voice of students on campus. That includes all voices, not just the voices or opinions that align with its standards.

This is a censure. As student journalists, but more importantly as the journalism school’s official student newspaper, we have an interest in calling out anyone against free speech.

But more than that, this is a plea to incoming RSU executives. You pick up the mantle next month. You can start to repair the damage to free expression on this campus that past executives have caused.

Remember that you are supposed to stand up for students, not stand in their way.

And remember that we will be watching.

Liberal arts grads are not all doomed

It seems obvious what his assessment of the RSU would be. How did these “student leaders” get so illiberal?