From Ryerson to Tanzania 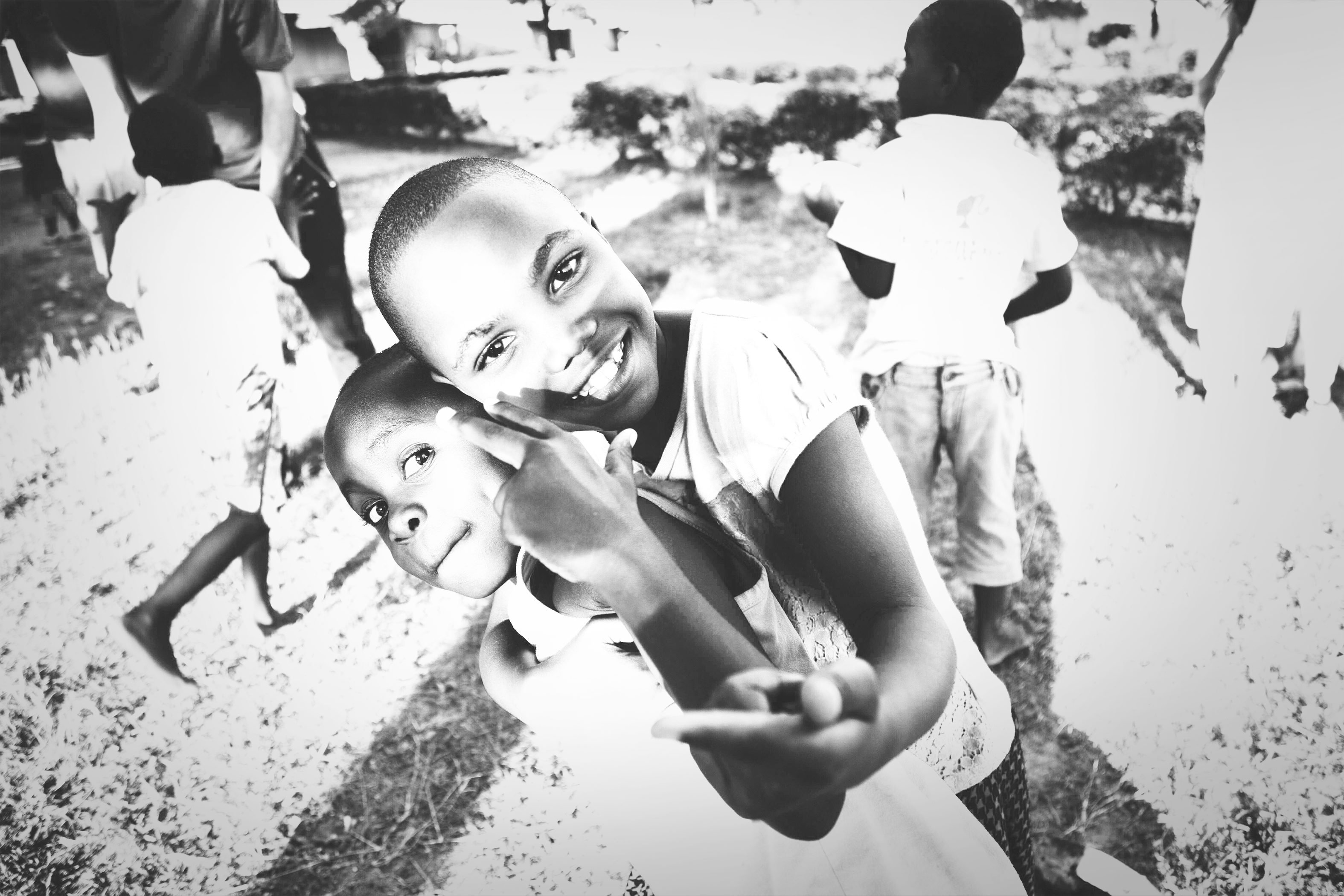 It was 4 a.m. when they landed. Their flight was an arduous 24 hours long, with layovers in Switzerland and Germany. When they finally stepped out of the airport into complete darkness, there was an air of uncertainty and unfamiliarity.

The next seven days in Tanzania would prove to be nothing like they expected. The purpose of the trip was for Ryerson’s Orphan Sponsorship Program (OSP) to understand how the money they donated was directly helping the world’s most vulnerable children.

Ryerson OSP was formed a couple of years ago under the umbrella of the Muslim Students’ Association, but has since branched off into a non-religious student group. The group partnered with SOS Children’s Villages, a charity dedicated to building villages for orphaned and abandoned children, where caregivers, known as SOS Mothers, care for the children.

After hosting two fundraisers in February 2014 and 2015 across campus, the combined amount raised totaled $90,000 – all of which went to SOS Children’s Villages for use in over a dozen countries around the world.

One of them was Tanzania. In fact, four per cent of the fundraised money went there. So the team members applied for grant money and paid out of pocket to fund their first trip abroad. They were eager to see the impact of Ryerson’s donations. The travellers included Ridwan Al-Nachawati, Sayara Rajab Khan, Nannan Wan, Mathew Catangui, and Brittany Nguyen.

When the group of five Ryerson students and one SOS Canada representative woke the morning after arrival, they voyaged to the first of two villages they would visit on their trip. One, in the city of Dar es Salaam, and the other in Zanzibar.

“I was expecting the worst,” said Al-Nachawati, a fourth-year marketing student. “When you go to an orphanage, you’re basing it off of pictures you see. I think that’s what we were all expecting.”

But when they approached the village, they noticed a private gated community. It was small, but hosted all the facilities necessary, such as a medical centre and school. Because Dar es Salaam is a newer SOS Children’s Village, there is only kindergarten schooling available inside.

Children in higher grades are dropped off and picked up at the local schools. Inside the village, there are over 10 houses. Each house shelters 10 children, with one SOS Mother.It was here where they received a glimpse at Tanzanian culture.

“If parents pass away, there’s usually a family member that is able to take care of the kid,” said Al-Nachawati. “Within SOS, they’re taking care of kids who don’t have access to that, which really suggests that they truly are the most vulnerable. Because in a culture where family is so important, they are left without any,” he said.

When Nannan Wan, a retail management student, asked a group of young girls if they could have anything what would it be, she was inspired by their response. Their answer was to have a family of their own one day.“I was just in awe, and I really hope they achieve their dreams,” she said.

According to Melanie Davis, director of community engagement at SOS Children’s Village and the representative who accompanied the Ryerson students, $430 goes to sponsoring one child for a year. This was the option that Ryerson OSP decided on, instead of donating directly to the villages.

Donors who contributed to the $90,000 chose which country’s orphans they wanted their money to go to. Many donors opted to sponsor a child for multiple years. In total, Ryerson OSP was able to help sponsor 97 children. Only one orphan was sponsored in Tanzania. That orphan, it turns out, was sponsored by Al-Nachawati, and he got to meet her in the Dar es Salaam village.

“It was something I didn’t even know to be completely honest. When I arrived there they asked if I wanted to meet her, and I’m like, ‘meet who?’ and they said, ‘the child you sponsored.’”

Al-Nachawati organized a personal fundraiser last year in which he raised $1,425 from family and friends. 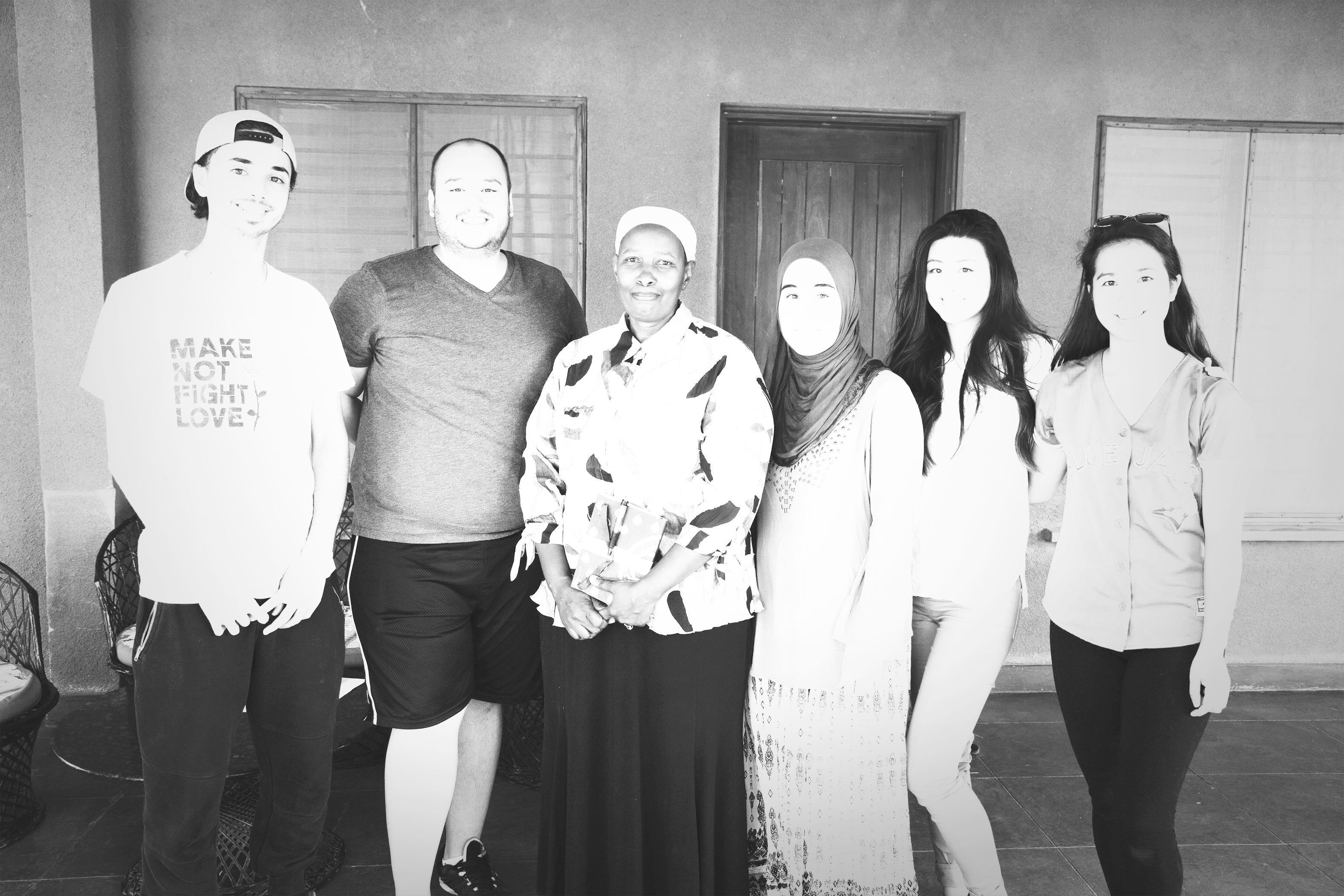 The child he sponsored is named Leonia and she is 10 years old. Her parents died, and the grandmother who was taking care of her also recently died. When Al-Nachawati sat down with her and the SOS Mother, he was taken aback by how much the mother cared for the details about the child.

Leonia is a young girl who is great at math, but is very shy. Her teacher noticed she would finish her work early, but would be too afraid to say anything.

“Those kind of details suggest to me that there’s more than just the very basic necessities,” said Al-Nachawati.“It suggests that there is a parent that actually cares, who not only cares for their well-being, but actually looks to see how the child grows up,” he said.

The second village was a ferry ride away on the island of Zanzibar.

“They were very different experiences in terms of island culture and mainland culture,” said Davis.

It was more of a tourist friendly area and felt more developed, according to Wan. Even the roads, she noticed, were cleaner and paved. The village itself had been there since the 1970s. Inside, there are more facilities than in the Dar es Salaam village. Children have access to larger schools, bigger medical centres and playgrounds. The SOS school in Zanzibar is the best- ranked one in the region.

The Ryerson group visited the school during a day off, and noticed a majority of the students in the surrounding area studying for exams. It was a touching sight for the students, who visited during Ryerson’s fall reading week.

Without discussing it first, each of the Ryerson students had been asking the children in Zanzibar what they wanted to be when they were older. All of the responses, to their surprise, were extremely ambitious. One boy, Richard, resonated with them. At 18 years old, he was dedicated to becoming a neurosurgeon.

“These kids see an opportunity to do what they love. It was a really hopeful attitude to bring back to the Ryerson community,” said Al-Nachawati.

When the five students returned to Ryerson last month, they beamed with a sense of fulfilment.

“We wanted to be able to see the sort of impact we had,” said Al-Nachawati. “The campaign from the beginning has been very unity-based. From our perspective, we thought the Tanzania trip would be a great addition to that story,” he said.

The stories they were able to bring back will be part of ongoing conversations to improve Ryerson OSP fundraisers in the future.  Topics of these conversations will include deciding on different options for donations and expanding the program to other campuses.

Their common goal, however, is to not only share what they’ve learned in Tanzania with the Ryerson community. They also hope to amplify the voices of the ambitious children and the dedicated mothers that they met.