Ryerson students are looking for a new president who will support for student initiatives and provide more space on campus, according to the first presidential search meeting.

The university’s presidential search committee hosted its first town hall late Tuesday afternoon in the George Vari Engineering and Computing Centre for students to discuss what kind of qualities they are looking for in a new president.

After 10 years of leading Ryerson University, president Sheldon Levy announced in December that he wouldn’t be returning for a third term.

As we reported in “Presidential search committee calls for student input,” the town hall comes after a survey was released on Monday to gain insight into what students, faculty and alumni hope for in Ryerson’s next president and vice-chancellor.

The survey, designed by the presidential search committee, consists of six questions. These questions explore the strengths and weaknesses of the university and the desired characteristics and priorities of a new president.

Students who attended the first town hall, however, stressed the importance of having a leader who can help Ryerson build a better sense of community. Here is what those in attendance had to say:

The student town hall is the first of three consultations held to find a new replacement for Sheldon Levy.  Two more community town halls will be expected to take place on April 7 and 9.

The committee hopes to have the replacement picked by March 2015. The replacement is chosen based on input from the survey and town hall meetings.

With files from Jamie Webster 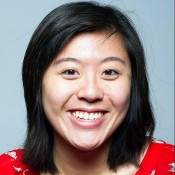 Hump Day Heroes #4: Is Tinder a desperate or desirable way to find a match?