GAMER wants Smash Bros. to get league of its own

On any given day of the week, in a hallway adjacent to the campus pub, teens and 20-somethings alike sit on raggedy couches enthralled in a game.

Super Smash Brothers, of pre-21st century Nintendo fame, is on their brains. Depending on the night, this unconventional venue could see more students wielding a controller than there are patrons at the Ram in the Rye.

Formed in 2012, the Gaming and Multiplayer E-sports of Ryerson (GAMER) group was established to cater to all of the eSports teams on campus. This official campus group, like any other at Ryerson, receives funding from the Ryerson Students’ Union.

But J.C. Olazo, organizer of bi-weekly Smash tournaments, along with unofficial team lead Robert Guida, wants to break away from the GAMER umbrella to form an independent group. They’re vying for official status from the RSU and a storage room to hold the excess of equipment that Smash requires.

“I think it’s in both of our best interests for Smash to form its own organization,” he said. “Their team differs from (GAMER) in terms of players and the types of events they run.”

Although Smash is one of GAMERs principle games (League of Legends, Dota 2, and Counter-Strike: Global Offensive being the others), the console game has recently become “less

“(GAMER) can’t support them the way that Smash is growing,” he said. “For Smash to expand, they would need advertisment, and right now our funding is pretty much maxed out.”

According to Olazo, despite Smash being the “joke among fighting games,” it has the potential to become much more in the world of eSports.

The concept of eSports might be easily explained to the untrained as competitive video gaming.

Over the past decade, online gaming has seeped its way from Asia into North American alt culture.

Now, some of those sleep-deprived teens with retinal damage are now making thousands of dollars off sponsorship deals.

And they are playing to packed stadiums.

Last year, in an international Dota 2 competition in Seattle, the top prize was just under $11 million.

The global eSports revenue is valued at $612 million, with an estimated global viewership of 134 million.

Smash has yet to garner such a large following.

As for Ryerson students playing in the SCC, they won’t likely disregard their partially completed degrees for a run at a career in eSports. But popularity is definitely mounting.

“It’s picking up more steam and more respect as a fighting game because people see how technical it can get and how much skill and time it takes to dedicate to it,” said Olazo. “You gotta know your stuff.”

The near 15-year-old game hasn’t changed since its inception, but newer versions, created for Nintendo 3DS and Wii continue to introduce new rules and equipment.

Unlike traditional sports, eSports are continuously being redeveloped, so it’s hard for players to keep up.

“And that’s the reason it’s so popular, it brings people together.”

To become an official group recognized by the RSU, the team would need to garner at least 20 signatures.

It would also have to draft a constitution and present it to the student group committee.

It might be difficult for some to fathom another video game group on campus.

But with GAMER and The Game Makers’ Union already active, Guida argues that there’s a large enough group of people coming out to make it legitimate.

On Facebook, the SSB group is listed under the GAMER page. It currently has 335 members, all of them Ryerson students.

“At least 20 to 30 people are coming out every day, and it’s always different people,” says Guida. The team plans to pitch its Smash-specific gamer group to the RSU in January. 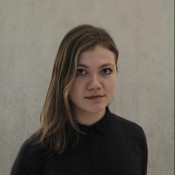