Germs in the subway 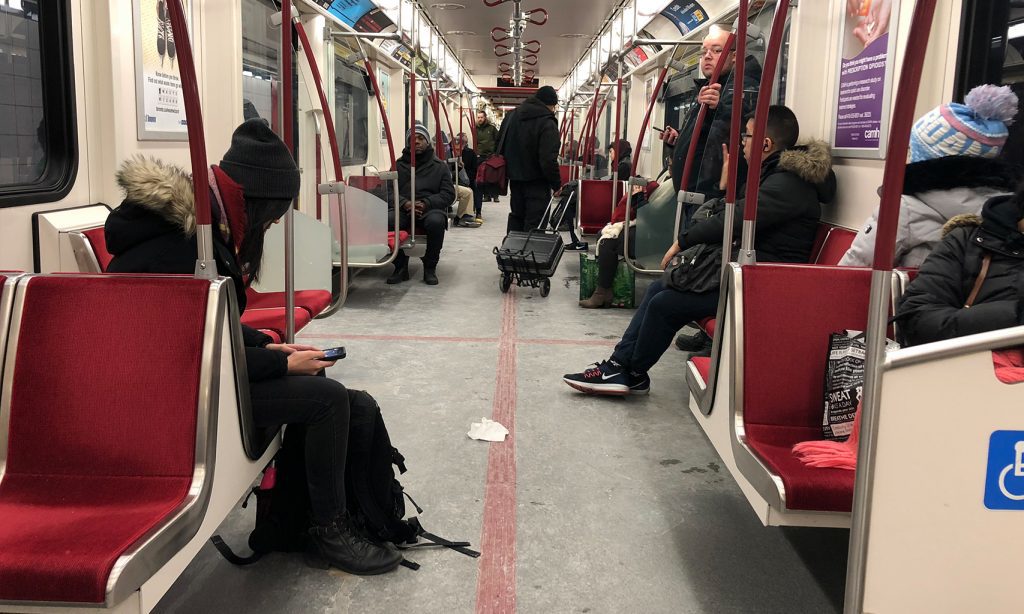 With almost 1.7 million riders a day, it’s no surprise that the TTC is covered in germs. But, what exactly is the dirtiest spot on the subway?

CleanSlate UV, a Toronto company that specializes in sanitation technology, took it upon themselves to swab for germs on common locations that riders come in contact with on the subway. By using ATP technology, which measures how many microorganisms are present on a surface, they were able to see how dirty a surface was, measured in Relative Light Units (RLUs). The higher the RLU number, the dirtier the surface.

The tests were conducted on four different subway trains travelling between St. George and Union stations and the kiosks at St. George and Queen’s Park. Surfaces that were swabbed included the subway poles, both red rubber and metal, the upper rails, the Presto refill screens, the monthly pass screen and the pull-down handles. Results showed that the dirtiest spot on the train was the red rubber located on the poles – 1467 RLUs per swab. According to the test, the “cleanest” spot for a rider to hold is the solid pull-down handle. But, all surfaces swabbed were still far higher than the standard of clean. 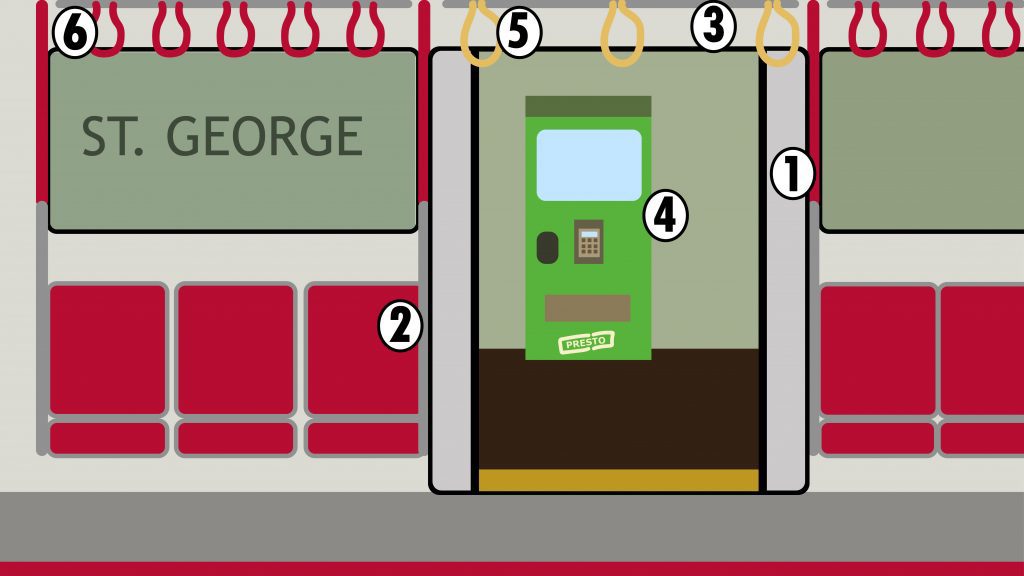 Surfaces with the most germs on the subway, ranked from the most to the lease Relative Light Units (RLUs). Graphic by Ashley Puch.

“We have janitors in stations cleaning throughout the day,” said Stuart Green, a representative for the TTC, over email. “Trains are cleaned of litter at the end of line when they reach terminal points. Then overnight, they get a more thorough clean.”

When fourth-year business management student Jonathan Da Costa saw the results of CleanSlate UV’s swabbing, he said he wasn’t surprised at how many germs were present.

“I think about it but then it’s like, how much do these germs impact me?” said Da Costa. “I’ve been riding (the subway) for so long and I only get sick ever so often. “But, maybe it’s something I should look at more.”

Alicia Martinez, a second-year early childhood studies student, said that she takes precautions when it comes to germs on her commute.

“I wash my hands as soon as I get off. I go do it right away because it’s kind of gross,” said Martinez. “It’s the first thing I think about. I would recommend hand sanitizer a lot.”

CleanSlate UV said that riders shouldn’t avoid holding on when riding the TTC, especially as the micro-organisms found are often harmless. However, harmful bacteria, such as staphylococcus aureus, E. coli and viruses such as the flu, could also be found on these surfaces. They suggest riders use prevetive measures such as gloves or hand sanitizer to help avoid contact with germs.

“I don’t know how expensive it would be, but it’d be cool if they had (hand sanitizer) within the subway, whether it would be just a little pump installed on the wall or a disposable wipe,” Da Costa said. “Then as you get on or off, you could just wipe your hands with a little sanitizer, which would be nice.”

However, these hand sanitizer stations don’t look like something the TTC will have any time soon.

“We do not have a broader germ reduction strategy for customers,” said Green in an email when asked about measures to prevent the spread of germs being implemented in the stations.

Editorial Cartoon: Why do the same foods cost different prices?

The future of O’Keefe is still unknown…