But it’s not by choice. Eating her favourite breakfast staple now would cause her to throw up uncontrollably.

That’s what happened last summer, the 20-year-old Ryerson student says, when she mysteriously stopped being able to keep her meals down. A doctor’s visit, a biopsy and two blood tests later confirmed the worst: Stulberg has celiac disease.

Simply put, anything Stulberg eats that contains gluten — a protein found in wheat, rye, and barley — tears away at her intestinal tract and makes her unable to absorb any nutrients from her diet. According to the Canadian Celiac Association, about one in 100 Canadians suffers from the disease. Since no known cure exists, the only treatment for celiacs is cutting out gluten completely.

That means other everyday foods are now on Stulberg’s dietary hit list: grilled cheese, pasta and most prepared sauces (gluten is often used as a thickener).

Stulberg, who grew up eating all of them, says the diagnosis proved to be more pervasive than she had anticipated. “A guy tried to buy me a beer once and I offended him because I had to say no,” she recalls. “I wish it wasn’t such a big part of my life, but it affects everything I do and everything I eat.”

Nowadays, gluten-free living is being adopted by more than just celiacs. With gluten sensitivities on the rise, more food products are now available gluten-free, more restaurants offer gluten-free options, and even celebrities like Miley Cyrus and Steve Nash swear by the benefits of gluten-free living. Maclean’s recently called it “the biggest health craze of our time” and estimated gluten-free products make up a $90-million enterprise that is expected to grow dramatically this decade.

Despite the trend, Stulberg says finding viable food options around campus is still a challenge. Usually she opts for takeout sushi (no soy sauce or wasabi, though, since both contain gluten) or a burrito place near campus. She knows she could spend less on restaurant food, but as a busy student on the go, cooking all her meals (especially when sharing a kitchen with others who aren’t celiac) isn’t really an option.

“Gluten-free food is ridiculously expensive. So much of my paycheque goes towards food.”

Eating out and sharing kitchen prep space presents one of the most difficult parts of the disease: cross-contamination. Stulberg’s most recent incident involved a gluten-free donut at a food festival. It made her sick almost immediately. She suspects the oil from the deep fryer was to blame.

To make matters worse, Stulberg currently works at the bakery section of a local grocery store. Though her doctor has advised her to quit, she says it’s nearly impossible to find work, and she needs the extra money to keep up with the costs of her dietary restrictions.

“Gluten-free food is ridiculously expensive. So much of my paycheque goes towards food,” she says. A recent study done by King’s College London and published in the Journal of Human Nutrition and Dietics found that, on average, gluten-free products were nearly triple the cost of their regular counterparts. “I tried to stop eating as much food,” Stulberg says, “but that didn’t work at all.”

Stulberg hopes the trend will bring some benefits, like a greater demand for gluten-free products. She hopes that if more companies jump on the bandwagon it will result in lower costs for those who need affordable gluten-free food the most. But some uncertainty remains: “Since it’s a craze, it could fade away someday,” she says. “Then no one’s going to care about it and (I won’t) have that option anymore.”

The war on cereal grains is at an all-time high, though experts and those affected remain divided on whether that’s actually a good thing.

“There are no benefits of gluten,” says cookbook author and nutrition consultant Kathy Smart, who was diagnosed with celiac disease as a child. Smart believes a gluten-free lifestyle can be suitable for all.
She’s quick to list the common consequences of ingesting gluten for the average person: inflammation, fatigue, digestive disturbances, and vitamin and mineral deficiencies.

Smart says the popularity of books like Wheat Belly, and more doctors acknowledging a spectrum of sensitivity towards gluten have contributed to more people choosing to avoid it, even if they aren’t medically prescribed to.
According to Smart, 90 per cent of the population will face some sort of gluten sensitivity in their lifetime.

That’s what happened to second-year student Alyssa Cheung, who found out she had a gluten allergy last year. Unlike Stulberg, Cheung still indulges in gluten once in awhile, though she swears that mostly removing gluten from her diet has provided physical benefits like clearer skin and quicker post-workout recovery.

Lindsey White, a Toronto-based naturopathic doctor, attributes stress associated with student life as a factor in food sensitivities. White believes internal shifts in hormone levels during these periods can cause greater flare-ups of symptoms.

But White cautions against removing gluten from one’s diet completely, especially in the name of weight loss.

“They’ve done a great marketing job in terms of business, but gluten-free does not necessarily mean healthier,” says White. Products that are labelled gluten-free often compensate with higher sugar and fat contents and are usually still highly processed.

White suggests concentrating more on a whole foods diet, including the usual culprits: fresh fruits and vegetables and complex carbohydrates, even if it contains the protein.

“They’ve done a great marketing job in terms of business, but gluten-free does not necessarily mean healthier.”

Ryerson professor and nutritionist Nick Bellissimo is also not convinced that boycotting gluten is necessary.

“For the average person who believes they have a gluten sensitivity, there is really no benefit to going gluten-free at all,” says Bellissimo. He’s skeptical of the self-reported data on the apparent rise in gluten sensitivities, and believes people shouldn’t be too quick to point the finger at the protein.

Gluten-free living should be reserved for celiacs who have been tested to confirm its adverse effects, according to Bellissimo. Believing that the removal of one component of one’s diet offers significant advantages, he adds, is a “fad way of thinking.”

For Stulberg, the spotlight on gluten-free eating isn’t exactly making things better. “I absolutely hate it,” she says of the misconceptions about gluten-free eating. Stulberg constantly has to convince restaurants to take her allergy seriously, as many assume she’s just on a diet.

But now that she’s lived without gluten for more than a year, would she still avoid it if she wasn’t a celiac?

“No,” says Stulberg. “It’s difficult and it’s a hassle. If you don’t have to spend that kind of money and you can find healthy foods that aren’t gluten-free, then that’s a much better option.”

Since being diagnosed, Stulberg says she hasn’t cheated once, and has found gluten-free replacements for most things: cupcakes, ramen noodles and bread (which she says can be really disgusting). She isn’t looking for any bagel substitutes, though.

“I don’t want to ruin it. It’s one of things I miss the most and I remember bagels being so delicious.” 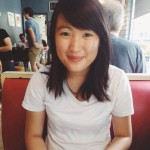