The Good Food Centre (GFC) is providing more fresh food to the community after receiving stable funding this term.

The GFC and the Sexual Assault Survivor Support Line (SASSL), equity centres at the Ryerson Students’ Union (RSU), held a successful campaign last November to address the lack of resources needed to tackle food insecurity. Students voted in support of the referendum to contribute $5 in the fall and winter semesters, to be divided equally between the centres.

Savreen Gosal, the RSU vice-president operations, said the GFC was able to secure over $200,000 in annual funding, compared to their budget of less than $30,000 before the vote.

“Food insecurity is a huge issue on campus,” Gosal said. The GFC is now able to provide a variety of foods to students without experiencing shortages, she said.

A 2016 report by Meal Exchange suggests about 39 per cent of post-secondary students experience food insecurity. The report compiled surveys from five Canadian campuses over 16 months based on responses from 4,500 students.

Ruben Perez, the RSU equity and campaign coordinator, said he has seen a “significant increase” in the amount of people using the centre since the beginning of the semester, with around 400 visits per month.

Last October, there were just over 200 visits to the centre, according to GFC statistics.

Golshid Riahi, a fourth-year mechanical engineering student, said she has been using the centre for two years and this year is much better.

“Vegetables are fresh, they come every week and it’s not only cans of food,” she said.

“Compared to last year, there wasn’t many students coming here to the (GFC) but now it has changed because people are seeing that they are providing better food.”

In addition to having money for extra food, Gosal said staffing was one of the GFC’s biggest priorities. She said having more staff has helped operationally with keeping the centre open for more days.

Perez said the GFC hired more staff than last year and has four part-time leads/coordinators with more working hours than other coordinators from the six equity centres at the RSU.

He said the GFC is looking to hire a full-time coordinator pending approval from the RSU.

According to the 2017-18 Hunger Report which assesses the demographics of community members who use the GFC, 73 per cent of people accessing the service are people of colour.

One racialized fourth-year social work student and member of the GFC asked to remain anonymous for privacy reasons. He said he lives in low-income housing and having access to the centre allows him to make ends meet.

As someone who has used the GFC for over three years, he said, “In the past, they had run out of food or they had limited amounts … since I came back on campus this semester, I’m finding the quality is really good and when it comes to quantity, they have a larger proportion.”

The Hunger Report also found international students make up 28 per cent of GFC members, while only representing 1.9 per cent of Ryerson’s undergraduate program.

Apurva Patel, a first-year engineering student, said he recently started using the GFC as a way to reduce his costs as an international student while living in Ryerson’s expensive HOEM residence.

“It’s a good step for helping international students, especially if you cannot afford food because already they pay a lot of tuition fees and for residence,” said Patel.

When it comes to improvements for the GFC, the first thing that came to mind for Patel was space.

He said, “I would ask them to increase the space of the room because it is kind of congested for a lot of products to be inside.”

With the help of stable funding, RSU President Ram Ganesh said increasing space inside the centre is also on their list of things to do.

“Even though we have all the funds to purchase all this food, we need to store it and we to safely store it,” he said. “The space would just take us to the next level.”

Now that the immediate problems from previous years have been resolved,  Ganesh said, “It’s shown us the holes that we kind of were ignoring in the past, and we’ve moved on to start and figure out solutions for these problems.” 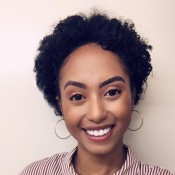 Campus security cracking down on skateboarders at Lake Devo