Brown said he is committed to making sure that the student-athlete experience is a top priority and he also insisted that the CIS is still relevant.

“The CIS is certainly not broken,” Brown said. “It’s an amazing organization already…I think the CIS is already on an escalator up in terms of sport in Canada.”

The CIS is composed of four regions across Canada but Brown said he wants to get all members of the CIS on board with making the organization even better.

“We have a chance now to build sport in Canada at the university level and to partner with everyone who is involved with that,” Brown said.

Prior to joining the CIS, Brown was the CEO of Rugby Canada – a position he had held since 2002. In the beginning, Brown was one of three full-time employees at Rugby Canada. Today there are 48.

“Graham is a builder,” Dr. Mike Mahon, chair of the CIS board of directors said. “Graham was the fella who took over Rugby Canada in the early 2000s and transformed an organization with a budget with $3 million to today a budget with a little less than $15 million.”

“My goal is to make CIS more relevant in a crowded Canadian sport marketplace,” Brown said. “I can’t wait to help reintroduce the stories of our amazing student athletes to Canadian sports fans.”

The press conference can be viewed below. 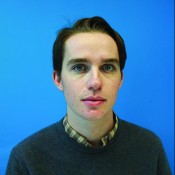