Green’s hoop dreams back on track at Ryerson

Toronto-native Kadeem Green has found a home as a starter at centre for the Ryerson Rams. (Dan Berlin/Ryersonian Staff)

Canadian Andrew Wiggins is a rising star in basketball. He’s currently a freshman with the Kansas Jayhawks and could become the second straight Canadian taken first overall in the next NBA draft.

While Wiggins has lived up to expectations so far, very few prospects get to live this Hollywood story.

Green had hoop dreams growing up in Markham, Ont. Like many before him, he moved out of his home at a young age to attend high school and develop his skills in the United States. His time at United Faith Christian Academy was nothing short of a success as he led his team to a North Carolina state championship in his junior year — defeating 2010 NBA No. 1 pick John Wall in the title game.

The 6-9 forward was ranked 58th in the ESPN high school player rankings as a senior, which led him to sign a letter of intent to play at Missouri. Green was on his way to his unlikely childhood dream, but a devastating injury would put that dream in jeopardy.

Shortly after committing to play for the Tigers, Green tore his Achilles tendon and was forced to sit out the entire year at Missouri. He returned to the court the following season, but head coach Frank Haith used him sparingly and went with different players in tight situations. Green chose to transfer to Ohio University so he could play more and be closer to home. NCAA transfer rules kept him on the bench for a semester and Green ended up playing only 12 games for the Bobcats, totalling 2.9 points per game.

“It was definitely a difficult injury to recover from mentally and physically,” he says. “The transition from high school basketball to college basketball in the states is big, so it was hard for me the first year. I had to sit out because of the injury and it was mentally devastating.”

Green was once again battling for minutes as three new Bobcat forwards joined the team in the off-season. The reality of playing in the NBA became more unlikely and the next decision he made was a difficult one. He looked to his friend Wiggins for support.

“Growing up with Andrew, seeing these guys chasing their dreams influenced me,” he says. “He’s one of my good friends and he’s been through trials and tribulations himself. I keep in contact with him and it gave me the respect of what I want to do with my life basketball wise.”

He decided to come closer to home — return to Canada and leave the NCAA behind. While Wiggins is flourishing at Kansas, Green’s injury set him back before his college career even started.
Green researched Toronto-area schools and thought Ryerson was the best fit to use his abilities to their full potential. However, his relationship with Rams head coach Roy Rana is what ultimately led him to choose Ryerson.

“Toronto has a close-knit basketball program,” says Green. “I’ve been working with coach Rana in various programs and he’s seen my game develop since I was a kid. I think it’s been working real good so far.”

Rana was more than willing to add Green’s experience to the team.

“He’s got great length and skills down in the post, he’s deceptively good off the bounce and he’s got good perimeter skills. He’s a very complete player for his size. He’s unique for the CIS,” he says.

Green’s impact on the team is apparent early on this season. Through six games, he’s averaged 26 minutes, registering 10.8 points and 8.3 rebounds per game. Ryerson has been lacking a dominant inside player for some time and it looks as though Green is ready to fill that void.

“He’s a great player, a great guy and brings value to the defensive and offensive end,” says teammate Aaron Best. “We have some great bigs in our league so this is huge for us.”

Green’s journey to Ryerson was an unconventional one, but he has found a home after a nomadic career. His dreams have changed since his days as a teenager in both Canada and Charlotte, but his love for basketball is what drives him though his setbacks.

“Every kid has that (NBA) dream,” he says. “As you get older, you realize very few people realize that dream. I still want to play professional basketball, either in the Canadian league or overseas.”
Rana believes Green still has what it takes to do just that.

“If he puts in the work and develops the desire he needs, there’s no question he can be an all-Canadian. He’s a very special talent and a very special athlete in our league.” 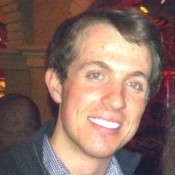