Members of Ryerson Me To We taking donations at the SLC on Oct. 28, 2015, the first day of the “We Scare Hunger” campaign. (Robert Liwanag/Ryersonian Staff)

Students and charities around the city are taking action before Halloween to address a greater need for donations at food banks in Toronto.

Ryerson Me To We, a student group supporting international charity Free the Children, has started a three-day food drive called “We Scare Hunger.” While the chapter’s goal this year is to raise $10,000 to fund building a school in India, it has also set its sights on donating to local charities.

“We’re trying to get non-perishable items for the Yonge Street Mission, which is one of our current local projects,” said Onica Miah, the group’s events leader and a second-year criminology student. “We’re hoping that the Ryerson community can come in and support us because we need a lot of help.”

The group has been accepting canned donations on the first floor lobby of the Student Learning Centre since Wednesday. Miah hopes that more students will stop by to donate food on Oct. 30. However, Ryerson’s Me To We chapter is not the only group taking action in Toronto.

Meal Exchange is working on a national scale against hunger. The registered charity that aims to engage and mobilize youths to work with their communities to achieve food security. This year, the charity aims to collect $500,000 worth of food in support of local food banks across the country.

Thousands of youths across Canada go door-to-door collecting donations of non-perishable food items instead of candy for its annual “Trick or Eat” campaign. It is Canada’s largest youth-led food drive.

“Every [Trick or Eat campaign] looks different and tends to focus on the specific needs of those particular communities,” said Sarah Archibald, program manager at Meal Exchange. “In Toronto, we have about seven campaigns happening across the city.”

Meal Exchange also works with Rye’s Homegrown and Ryerson’s Good Food Centre. An afternoon visit on Oct. 28 to the Good Food Centre showed many shelves that were almost empty.

According to the charity, more than 800,000 Canadians accessed their local food bank monthly, with children making up 37 per cent of that group.

“The night of Halloween is when we see all the numbers coming in, but it’s been amazing so far in terms of participation,” said Archibald. “We need to keep having people come together to discuss the issue of hunger.” 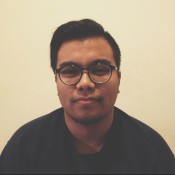