‘He proved us all wrong’: World-renowned British scientist Stephen Hawking dies at 76 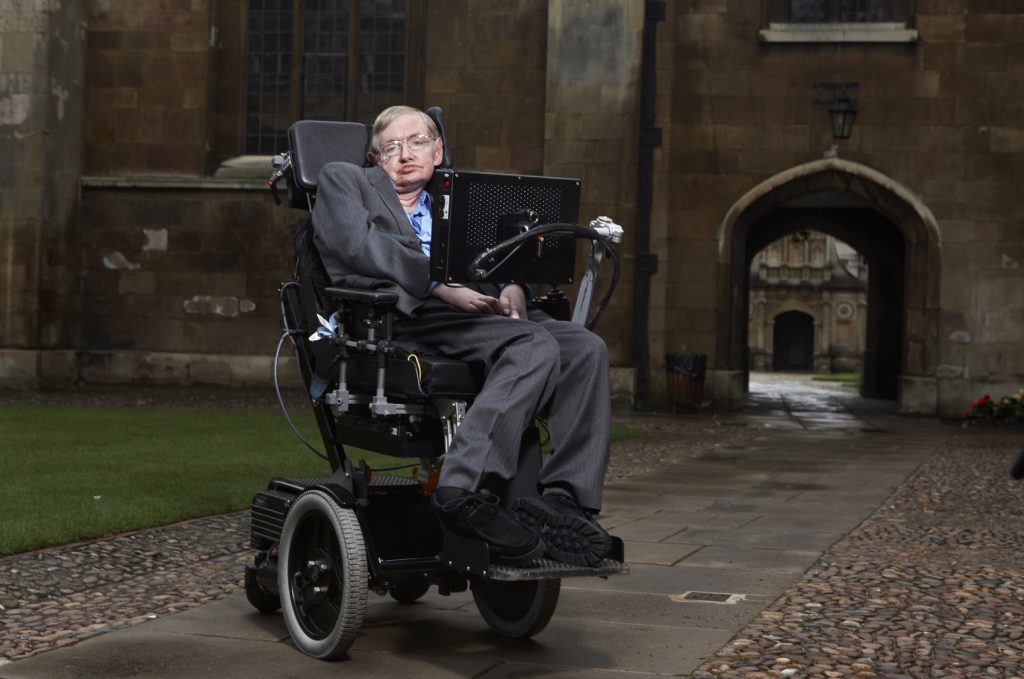 World-renowned British scientist Stephen Hawking died Wednesday morning at his home in Cambridge, England. He was 76. Known for his contributions to theoretical physics and his studies of black holes and relativity, Hawking also wrote several popular books, including A Brief History of Time.

At 22, Hawking was given only a few years to live after being diagnosed with the degenerative disease amyotrophic lateral sclerosis, more commonly known as ALS.

Stephen Hawking was a true inspiration to the disabled and abled. A genius that never let his disability stop him from achieving the unthinkable.

We should feel grateful to have lived at the same time as one of the greatest human beings to have graced this planet.

A testament that disability is not “inability” and that people with disabilities can achieve anything they set their minds to.

As one of the world’s most recognized scientists, Hawking’s presence in popular culture also made him unique.

He has appeared in several television shows, including The Simpsons, Red Dwarf and The Big Bang Theory. Hawking was also portrayed by Eddie Redmayne in the 2014 biographical film The Theory of Everything.

In loving memory of Stephen Hawking. It was an honor to have him on The #BigBangTheory. Thank you for inspiring us and the world. pic.twitter.com/9rWoYqIToy

His children wrote in a statement: “We are deeply saddened that our beloved father passed away today. He was a great scientist and an extraordinary man whose work and legacy will live on for many years. His courage and persistence with his brilliance and humour inspired people across the world.

“He once said, ‘It would not be much of a universe if it wasn’t home to the people you love.’ We will miss him forever.”

This is an updated version of this story. It removes content which didn’t accurately represent the views of a source.